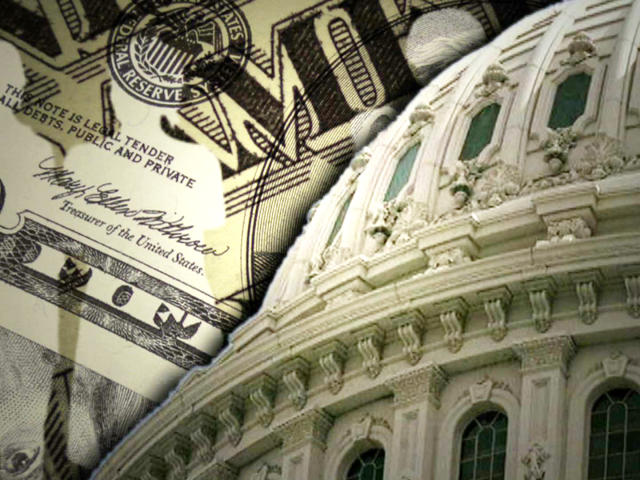 As they readied to escape Washington, D.C., due to an impending snowstorm, the Senate voted to extend the nation’s borrowing authority Wednesday, but not before a bit of suspense.

In a vote that was held open for more than 45 minutes, 12 Republicans – including Minority Leader Mitch McConnell, R-Ky., and Minority Whip John Cornyn, R-Texas – were ultimately convinced to join Democrats in defeating a filibuster of the debt ceiling bill. No Republicans voted in favor of extending the borrowing authority when the measure was up for a final vote.

Though House Republicans allowed a “clean” debt ceiling bill to pass Tuesday after struggling to come up with a demand, things were not so easy in the Senate. Sen. Ted Cruz, R-Texas, indicated Tuesday that he would seek a 60-vote threshold on the bill.

"Under no circumstances will I agree to the Senate's raising the debt ceiling with just 50 votes. I intend to object and force a 60 vote threshold," Cruz said Tuesday. "I think Republicans should stand together and do the right thing. We should have every Republican stand together and follow the responsible course of action, which is to insist on meaningful spending reforms before raising the debt ceiling."

Cruz has been one of the loudest conservative voices in the GOP in recent months, and was the leader of the strategy to demand that Democrats agree to defund Obamacare in order to keep the government open last October. The strategy was largely a failure for the GOP, which wound up caving to the president and taking a hit in the polls.

The Senate then moved to pass the bill that cleared the House Tuesday by a vote of 221 to 201.

The bill, which allows the Treasury to continue borrowing regularly through March 15, 2015, represented a major concession by the GOP leadership. It contained no spending cuts or policy provisions, and House Speaker John Boehner, R-Ohio, relied heavily on Democrats to pass the measure. Just 28 Republicans voted in favor of the bill, largely to ensure there was a majority.

"Our members are also very upset with the president. He won’t negotiate, he won't deal with our long-term spending problems without us raising taxes, he won’t even sit down and discuss these issues," Boehner told reporters Tuesday morning. "He’s the one driving up the debt, and the question they’re asking is why should I deal with his debt limit? So the fact is we’ll let the Democrats put the votes up, and we’ll put a minimum number of votes up to get it passed."

The U.S. officially ran out of borrowing authority last Friday, but Treasury Secretary Jack Lew was able to use so-called “extraordinary measures” to continue meeting obligations until Feb. 27.