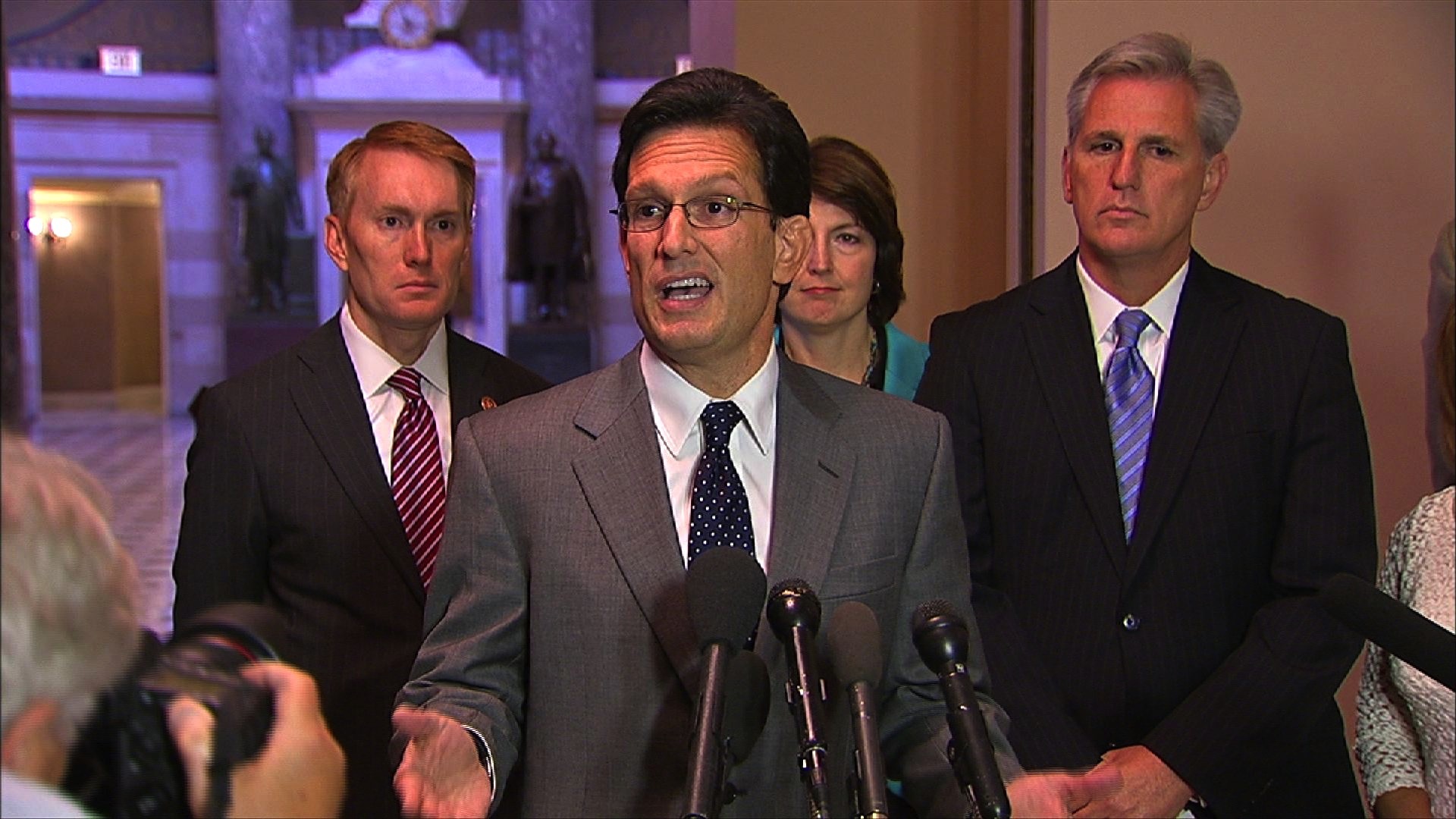 Republicans are taking more of the blame for a stalemate over the government shutdown, but both parties have dug into their positions, two new polls show.

But President Obama is faring the best. His approval rating is up to 45 percent from 41 percent at the end of September, due to an 11-point increase in his approval from Democrats and independents from last week.

The poll's findings track with a new Pew survey out Monday that finds the disapproval ratings for lawmakers' handling of the situation is 69 percent for Republicans, 58 percent for Democrats and just 50 percent for Mr. Obama.

As the conflict drags into its second week, both camps have dug in. Forty-four percent of people say Republican leaders should give in on their demand that a budget deal include cuts or delays to the Affordable Care Act. An almost equal percentage, 42, say Mr. Obama should agree to changes to the law.

The appetite for compromise is more than just a majority, Pew found. Sixty-one percent of those surveyed say lawmakers who share their views should be willing to make compromises; 29 percent say they should not.

The number of people who believe it is absolutely essential the debt ceiling be raised is 47 percent, up seven points from July 2011, the last time the U.S. came close to a default. But thirty-nine percent of people say that a default on the debt would not cause major economic problems.

The Post-ABC poll was conducted October 2 to 6 among a random national sample of 1,005 adults reached on conventional and cellular phones. The overall results have a margin of sampling error of plus or minus 3.5 percentage points. The Pew poll was conducted from October 3 to 6 among a national sample of 1,000 adults 18 years of age or older living in the continental United States on both conventional and cellular phones.