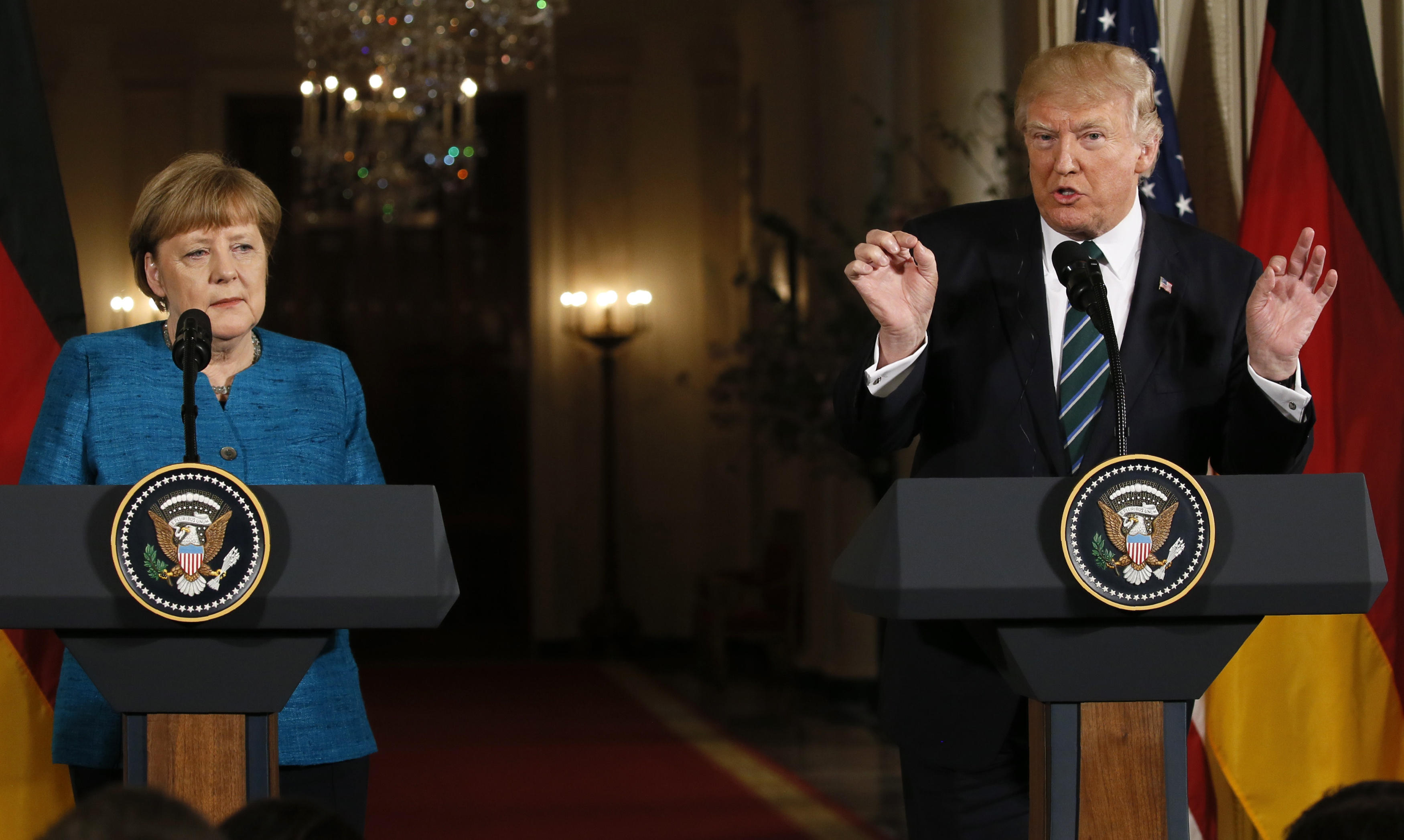 Mr. Trump, who’s spending the weekend at his Mar-a-Lago estate in Florida, tweeted that he had a “great” meeting with Merkel despite some reports that he implied suggested otherwise.

During a joint press conference Friday between the two leaders, Mr. Trump said that he told Merkel that NATO members need to contribute more to the alliance.

“I reiterated to Chancellor Merkel my strong support for NATO, as well as the need for our NATO allies to pay their fair share for the cost of defense,” he said. “Many nations owe vast sums of money from past years, and it is very unfair to the United States.  These nations must pay what they owe.”

As for the “fake news” comment, Mr. Trump might have been referring to an awkward moment that transpired in the Oval Office when the press yelled out that they should shake hands. Mr. Trump didn’t respond. Merkel asked him something about a handshake and he still didn’t respond. They later shook hands at the press conference.