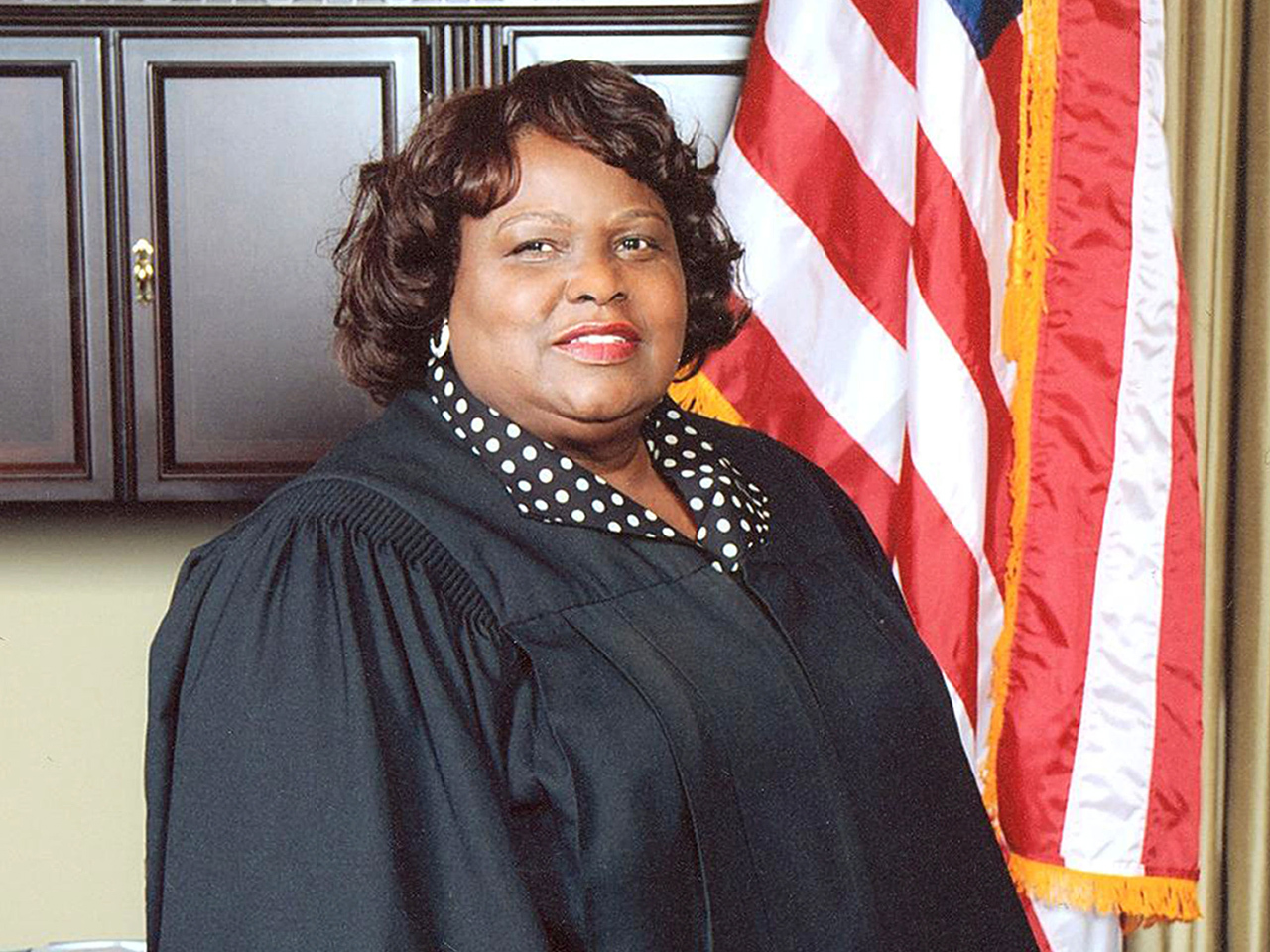 NEW ORLEANS The Louisiana Supreme Court resolved a racially-tinged power struggle inside its own ranks, ruling Tuesday that Bernette Johnson should be the state's first black chief justice.

Johnson's years of appointed and elected service on the high court give her the seniority to succeed Chief Justice Catherine "Kitty" Kimball early next year, the court said in a unanimous ruling. Justice Jeffrey Victory, who is white, argued Johnson's appointed service shouldn't count and he deserved to be chief justice.

Voters elected Johnson in 1994 to the state appeals court, and she was assigned to the Supreme Court as part of settlement of an earlier lawsuit that claimed the system for electing justices diluted black voting strength and violated the Voting Rights Act of 1965.

She served an eighth Supreme Court district centered in New Orleans until the court reverted back to seven districts in 2000, when she was elected to the high court.

The racial dynamics of the case reverberated outside Louisiana. A long list of elected officials and civil rights advocates, including the NAACP Legal Defense Fund, called for Johnson to get the position. The New York Times published two editorials supporting her, one of which called the dispute an "unsettling example of how power can trample voting rights even where they should be sacrosanct."

The court said its ruling was based strictly on the law.

"Although commentators have loudly emphasized them, factors which we do not ascribe any importance to in answering the constitutional question before us include issues of gender, geography, personality, philosophy, political affiliation, and race -- all of which have the potential to inflame passion," the court said.

James Williams, one of Johnson's attorneys, said his client was thrilled.

"It means she can put this bitter fight behind her and begin to unify the judiciary," he said. "This is not a fight that Justice Johnson went looking for. We all wish this result could have happened without the fighting."

Any requests for the court to reconsider must be filed within five days. An attorney for Victory didn't immediately return a call seeking comment.

Victory joined the court in 1995, a year after Johnson, but said her years of appointed service shouldn't count when deciding which justice is "oldest in point of service" under the state constitution. The court disagreed.

"Both election and appointment are described by the constitution as legitimate methods to commence service on this court," its opinion said.

"We're glad that the Louisiana Supreme Court was able to resolve this important issue and look forward to working with Bernette Johnson as Louisiana's next chief justice," said Shannon Bates, a spokeswoman for Gov. Bobby Jindal's office.

Johnson, Victory and a third judge who stood to be second-in-line if Victory's argument prevailed were recused from the dispute. Three state appeals court judges sat in their place and made the ruling along with four other justices.

In July, Johnson filed a federal lawsuit after her colleagues said they would debate the matter. U.S. District Judge Susie Morgan ruled Johnson had more seniority, but stopped short of ordering the state's highest court to name Johnson as Kimball's successor.

Lawyers for Gov. Bobby Jindal's office have asked the 5th U.S. Circuit Court of Appeals to review Morgan's Sept. 1 ruling. A lawyer for Jindal has said the governor wasn't taking a position on which justice should succeed Kimball but believed the state Supreme Court should decide the matter.

"As we've said all along, this was an issue for Louisiana courts to decide and we're glad this important issue was decided by the Louisiana Supreme Court. We won't be moving forward with an appeal," said attorney Kevin R. Tully, in a statement emailed late Tuesday.