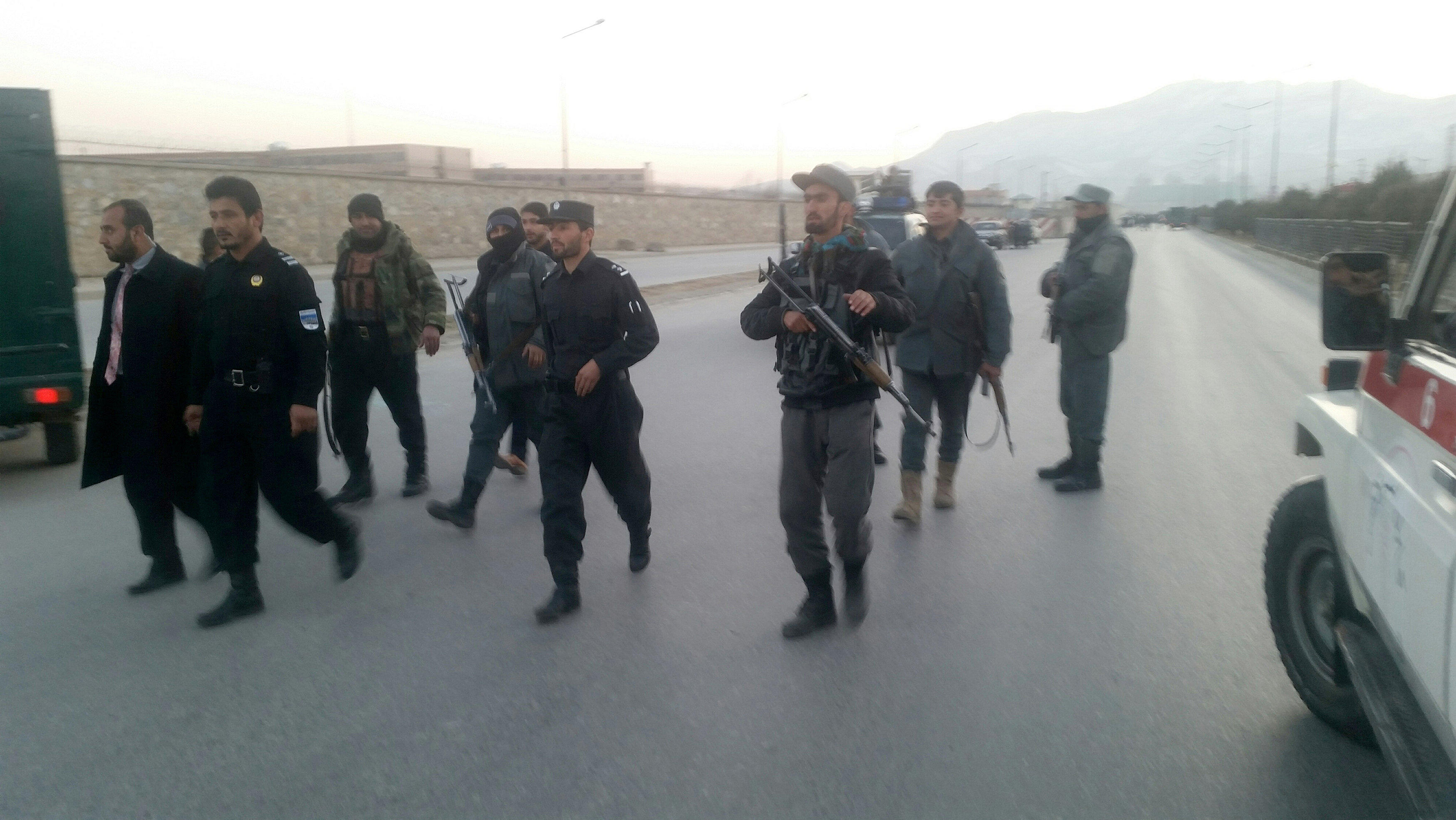 Mohibullah Zeer, an official in the Public Health Ministry, said another 72 people were wounded in the attack.

The American University of Afghanistan, which was targeted in a deadly Taliban siege late last year, is also nearby. The university released a statement saying no staff were harmed in the attack.

The first explosion, carried out by a suicide bomber, was quickly followed by a second, caused by car bomb parked near the same site, Sediqqi said.

Earlier in the day, a suicide bomber on foot struck in southern Helmand province, killing at least seven people, said Gen. Agha Noor Kemtoz, the provincial police chief. The target of the attack was a guesthouse used by a provincial intelligence official in Lashkar Gah, the capital of Helmand, said Kemtoz.

Those killed include civilian and military personnel, and six others were wounded in the attack, Kemtoz added . A car full of explosives was found nearby.

No one claimed responsibility for the Helmand attack but the Taliban frequently use suicide attacks or roadside bombs to target government officials and Afghan security forces across the country.