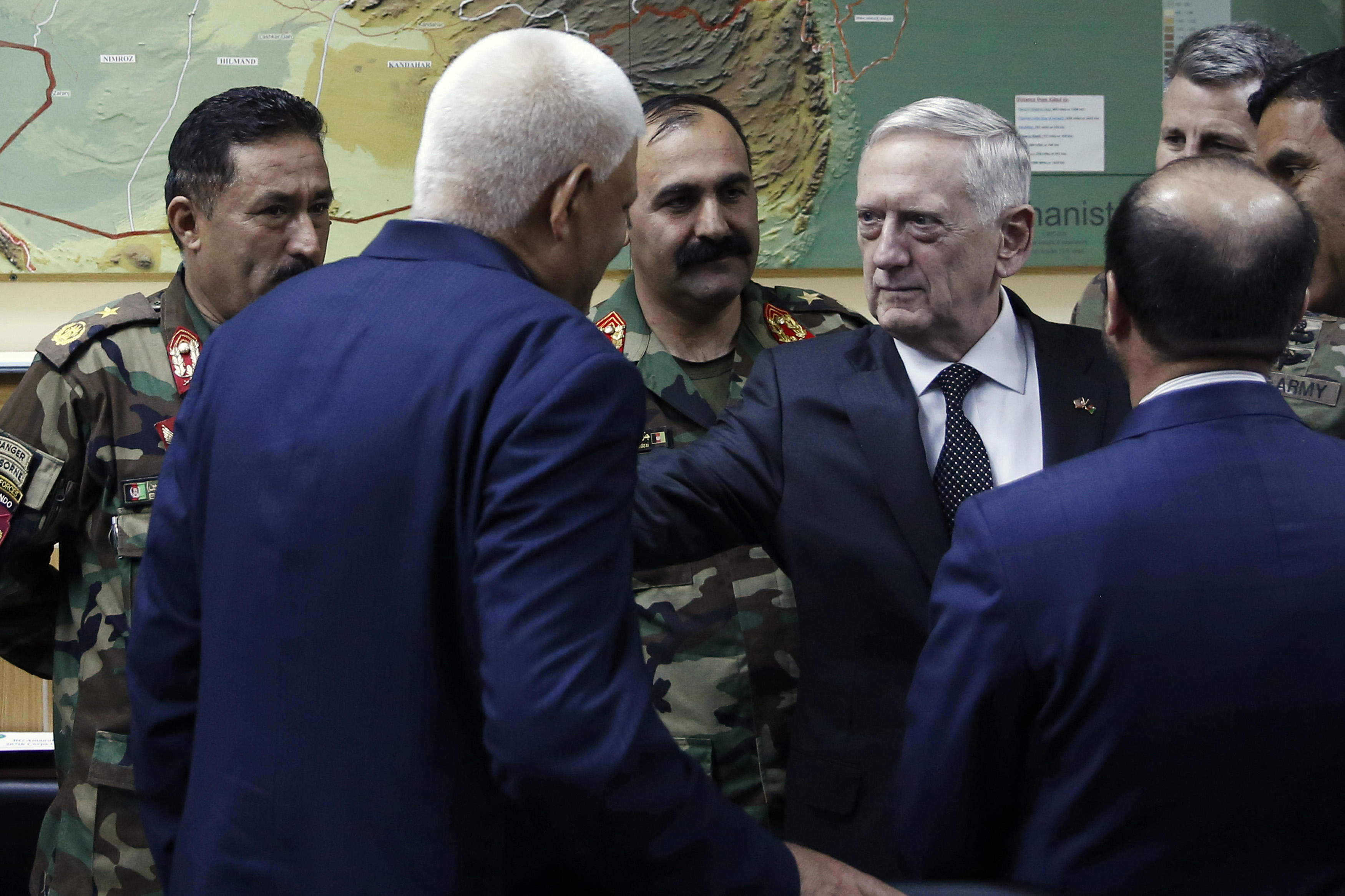 The Taliban claimed an attack Monday on a U.S. base in Afghanistan as Secretary of Defense James Mattis arrived in the country to assess what has become America’s longest-fought war.

Mattis arrived for an unannounced visit as the Trump administration weighs sending in more U.S. troops to help the Afghans fight the Islamic extremist insurgency.

There was no immediate word on casualties in the attack on Camp Chapman, one of the first U.S. bases in Afghanistan and one that has had a significant CIA and Special Operations presence.

Seven CIA officers were killed by a Jordanian double-agent at the base in a 2010 suicide attack. It remains the deadliest attack on the spy agency during the Afghan war.

Mubarez Mohammad Zadran, a spokesman for the provincial governor’s office, told the Reuters news agency he was aware of “a car bomb attack at one of the gates in the U.S. base, but we are not allowed there to get more details.”

Taliban Spoksman Zabihullah Mujahid claimed responsibility for Monday’s attack in a text message to media organizations, saying militants had targeted “a mercenary forces center.”  While there was no official word on casualties, it is usually Afghan nationals guarding the gates to U.S. bases.

The attack comes just days after a group of U.S. Marines deployed to Afghanistan’s tumultuous Helmand Province for the first time since the end of America’s combat mission in 2014. About 300 Marines from Task Force Southwest have arrived in Helmand to “train advise and assist” Afghan Army and National Police forces, who have struggled to drive Taliban insurgents out of the opium-rich region.

The Marines’ commander, Brigadier General Roger Turner, admitted to CBS News when the planned deployment was announced in January that it would be a high-risk mission, and the American troops would encounter the full spectrum threat from the Taliban insurgency.

Some of them are “senior” troops, having served in Helmand on multiple previous tours. They know the Afghans there, and the level of training they’ll provide is more sophisticated because of that past experience.

U.S. Navy Capt. Bill Salvin, a spokesman for the U.S. mission in Afghanistan, said the Marines would remain in the province for nine months.

The Taliban continues to hold significant ground in Afghanistan and regularly carries out attacks on Afghan security forces.

Afghanistan’s army chief and defense minister resigned on Monday following a Taliban attack over the weekend that struck an Afghan army base in the country’s north, killing more than 100 military and other personnel.

The attack -- the biggest ever by the Taliban on a military base in Afghanistan -- involved multiple gunmen and suicide bombers in army uniforms who penetrated the compound of the 209th Corps of the Afghan National Army in northern Balkh province on Friday, killing and wounding scores.

President Ashraf Ghani accepted the resignations, according to a statement from the president’s office.