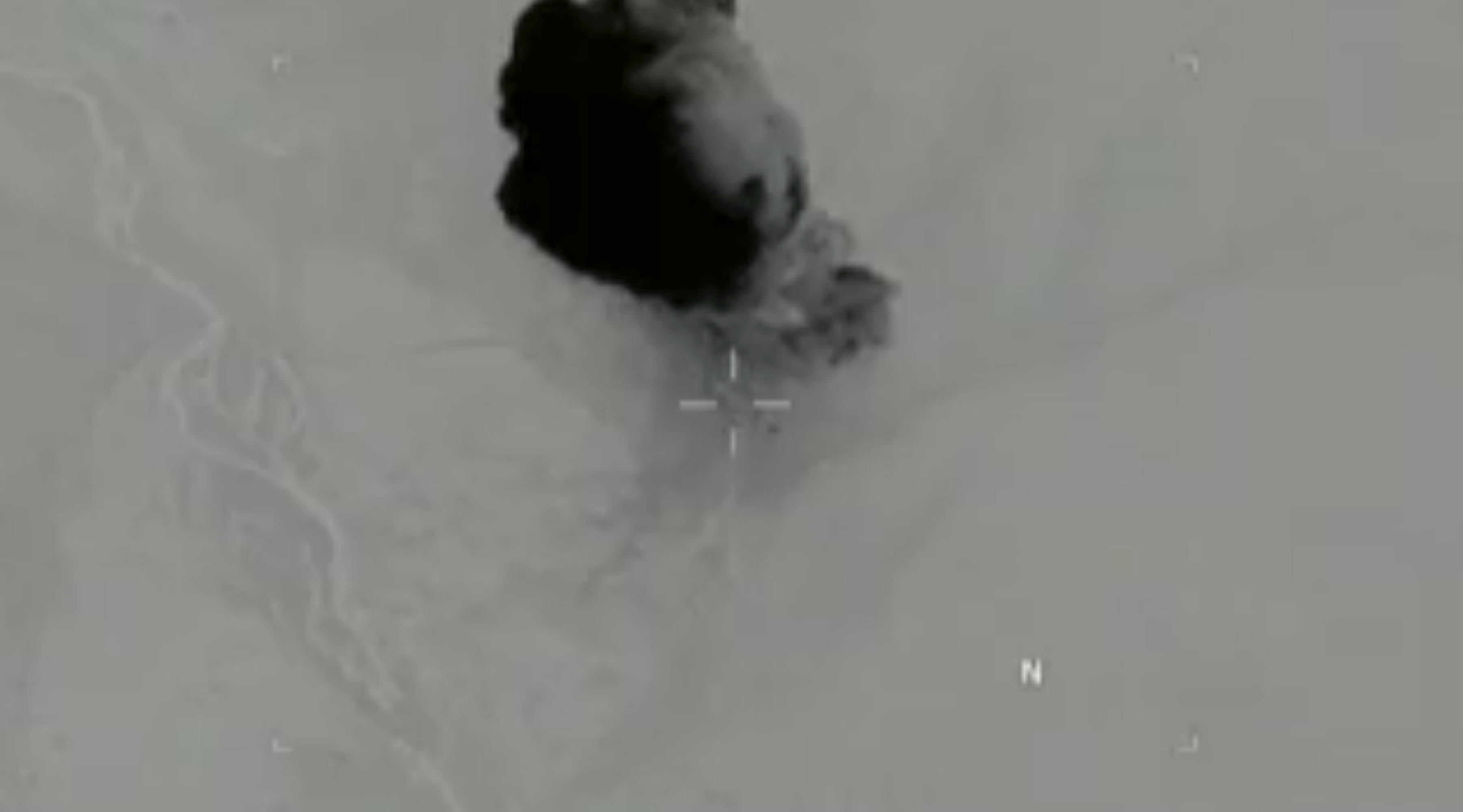 The U.S. military is defending its use of the biggest conventional bomb ever deployed on the battlefield to take out a cave complex in an area where most of the ISIS fighters in Afghanistan were believed to be hiding.

Before the strike, CBS New correspondent David Martin says there were an estimated 600 to 800 ISIS fighters in Afghanistan. On Friday, the Afghan government said the U.S. strike had killed 36 of them, including a commander.

The 11-ton bomb, guided by GPS satellites, detonated at 7:32 p.m. Thursday, local time, setting off a massive pressure wave that would have crushed the life out of any fighters in the caves. The Massive Ordnance Air Blast (MOAB), as it is officially called -- or the “Mother of all bombs,” as it’s become known -- sent a mushroom-like cloud towering into the sky.

“This was the right weapon against the right target,” Army Gen. John Nicholson, the U.S. commander in Afghanistan, said. He ordered the first combat use of the bomb so Afghan troops and their American advisers wouldn’t have to go in on the ground to clear out the caves.

Nicholson said the U.S. conducted “persistent surveillance over the area before during and after the operation” and that there had been no evidence of civilians hit in the strike. Afghan officials also said there were no civilians casualties in the bombing, which was coordinated with them.

Pentagon officials told CBS News the strike had been in the works for months and that the bomb itself was moved into Afghanistan during the Obama administration. Authority to use it had been delegated to Nicholson, but he did notify Washington in advance.

The massive MOAB bomb was dropped from an MC-130 aircraft, using a parachute to drag it out of the cargo bay. The bomb then fell to Earth with fins steering it to within 10 yards of its target. The bomb was developed specifically to attack cave complexes -- and for its psychological effect on the enemy.

U.S. and Afghan soldiers were at the cave complex Friday inspecting the damage.

A U.S. military official told Martin the aim of the attack was to collapse the tunnel and cave complex. Just last week an American soldier was killed in the same area when ISIS fighters popped out of a cave and ambushed him.