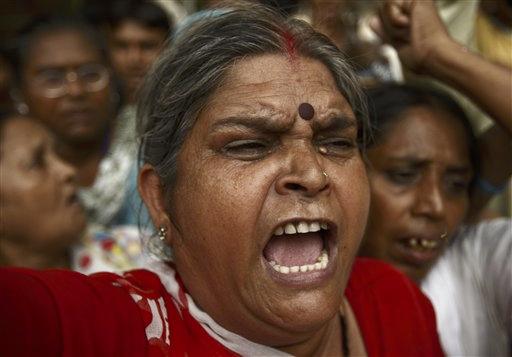 Afghanistan's Defense Ministry said Monday that an Afghan soldier who shot and killed two U.S. troops the day before outside a top-security prison was mentally ill.

Defense Ministry spokesman Zahir Azimi said Monday that the Afghan soldier had been hospitalized twice for mental illness. Azimi said the man had been in the army for a year and a half, and that shortly before the shooting, he had been behaving nervously around his fellow soldiers.

The four American soldiers were working as mentors to Afghan troops providing external security for the prison, Smith said. The prison is being revamped to house Afghans transferred from Guantanamo Bay.

The victims were not identified. According to Smith, all indications are that the shooter was a member of the Afghan National Army, the post-Taliban force trained mainly by the American military.

But he confirmed, U.S. military and the Afghan National Army are working side by side to investigate the incident.

He said the U.S. soldiers were in two vehicles when they were shot.

The victims were not identified, and Smith provided no further details of the incident.

Afghan soldiers with their U.S. trainers have been deployed at the prison in connection with the setting up of a new high-security wing, Smith said.

The wing, which opened last month, is designed to eventually house Afghans transferred from the U.S. military prison at Guantanamo Bay, Cuba.

The revamp is supposed to improve security at the grim concrete jail, which is infamous among Afghans for tales of torture and appalling conditions dating back to communist rule in the 1970s.

Since the U.S.-led invasion that topped the Taliban, hundreds of al Qaeda and Taliban suspects have been held at Pul-e-Charkhi prison, some of whom have been involved in a series of deadly riots and breakouts.

In other news, a rocket slammed into a street in the Afghan capital Monday, killing a man and wounding five others, while a roadside bomb in the east killed a policeman, officials said.

The rocket struck a street outside an apartment block in the east of the city, said Gen. Ali Shah Paktiawal, the city's police director of criminal investigation.

A resident of the building, who identified himself only as Maliyar, said a 27-year-old neighbor died at a hospital from injuries sustained in the attack. Local police chief Hasib Arian said a young boy was among the five wounded.

Interior Ministry spokesman Zemeri Bashary said 102 policemen have been killed in the past two months, mostly in attacks in the southern and eastern provinces.

Meanwhile, in eastern Khost province, gunmen opened fire on a car in the border district of Gurbuz on Monday, killing a man and his father, said Khost provincial police chief Gen. Mohammad Ayub. The man worked on a U.S. base in the district, he said.

Police have arrested two suspects in the killing and are searching for a third, Ayub said. He did not provide any further details about the victim's work with U.S. troops.

Insurgency-related violence has already claimed about 1,300 lives this year, mostly militants, according to an Associated Press tally of figures from Afghan and Western officials, as U.S. and NATO forces have launched offensives and Taliban-led fighters have stepped up attacks.

An Associated Press tally has counted at least 43 suicide bomb attacks so far this year, which have killed about 100 people. Nearly half of the suicide attacks have left only the bomber dead.