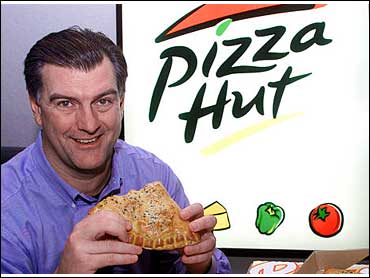 Electronic Data Systems Corp. has paid handsomely to draw attention to itself during the last two Super Bowls, airing quirky commercials starring a herd of cats and other furry creatures.

Not this year. EDS is taking its advertising dollars elsewhere — to the upcoming Winter Olympics.

Defectors like EDS — along with a weak advertising market and the meltdown of dot-com companies that were big Super Bowl advertisers two years ago — have created problems for Fox, which has struggled to sell out advertising spots for Sunday's game.

The slower pace of sales apparently forced Fox to cut prices. According to the trade publication Advertising Age, a 30-second spot Sunday will cost less than $2 million and below the price of the last two Super Bowls.

To be sure, some advertisers are sticking with the game. Budweiser and PepsiCo each have booked several slots Sunday. Dallas-based Pizza Hut has reserved the commercial break right before kickoff for the eighth straight year.

“Most people advertise on the Super Bowl to look important. We do it to feed a lot of people,” said Pizza Hut president Mike Rawlings. “Super Bowl Sunday is one of our top three or four days throughout the year. Everybody is watching it, and they're hungry.”

John Murphy, a University of Texas at Austin advertising professor, said that other than things you can eat or drink, the Super Bowl probably doesn't sell a lot of products despite the huge audience.

“If I were an agency person advising my client, I would ask if this is the best way we can spend $1.5 million or $2 million,” Murphy said. “It's more image stuff. People have wanted to be associated with this cultural ritual.”

Super Bowls have tended to be one-sided duds in which the audience tunes out by the fourth quarter. In some years, the commercials have been more entertaining than the game. Advertisers and their ad-making agencies worked hard to be memorable.

EDS aired offbeat commercials of cowboys herding cats and men dodging squirrels in a spoof on Pamplona's running of the bulls. Critics loved the humor, although some questioned how the spots would help EDS sell its technology services. Apparently the company felt the same way.

“We thought the Super Bowl played a great role in raising the awareness of our brand,” said Don Uzzi, senior vice president of advertising for Plano-based EDS. “Once we raised the company's profile, we wanted to focus our advertising more on what EDS does for its clients.”

For about the same cost as one Super Bowl ad, EDS will air 58 spots during NBC and CNBC broadcasts of the Winter Olympics in February, including the opening ceremonies, Uzzi said. Olympic spots vary greatly in price, depending on the event being shown.

Uzzi said the company also prefers the Olympics' slightly older viewership as it aims audience messages at engineers and marketing people in industry and on Wall Street.

Sme companies will steer a middle course on Super Bowl advertising. Dallas-based Brinker International plans to air spots starring the boy band 'NSYNC for its Chili's restaurants in Dallas and elsewhere instead of paying full fare for the national broadcast. Chili's doesn't have branches everywhere.

Brinker also plans to advertise Chili's during the Olympics in hopes of selling ribs and recruiting workers.

“A lot of our target audience for cooks and food servers watch these events, too,” said Brinker marketing vice president Randy Kies.

Written By DAVID KOENIG © MMII The Associated Press. All Rights Reserved. This material may not be published, broadcast, rewritten, or redistributed