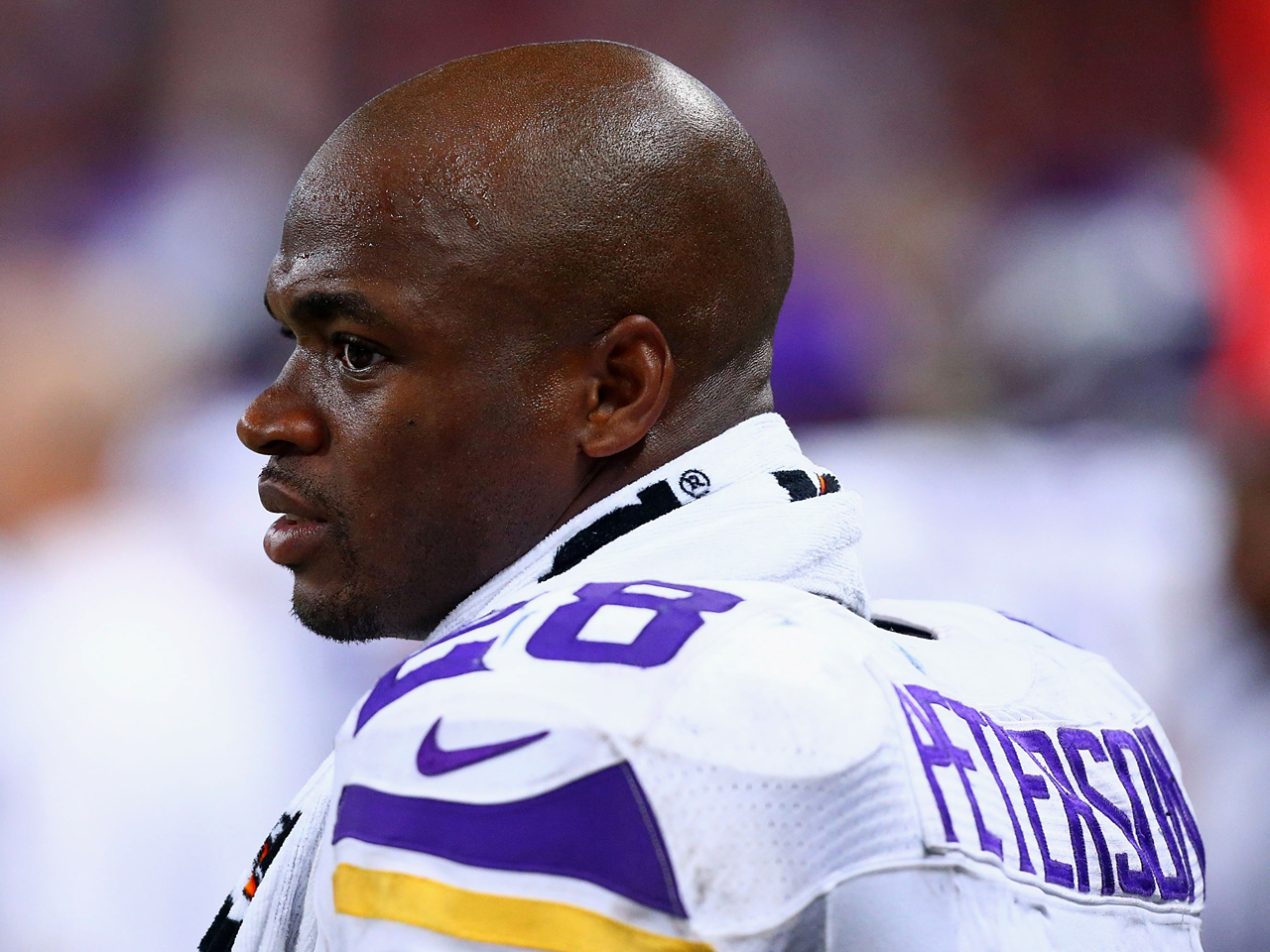 MINNEAPOLIS -- After a day of public pressure from angry fans and concerned sponsors, the Minnesota Vikings have reversed course and placed star running back Adrian Peterson on the exempt-commissioner's permission list, which means he will have to stay away from the team while he addresses child abuse charges in Texas.

The move comes less than 48 hours after the Viking said Peterson would play this coming Sunday, in the third week of the National Football League season.

Peterson has been indicted in Texas on felony charges of "reckless or negligent injury to a child" -- a four-year-old son -- for using a wooden switch to spank his 4-year-old son. He is scheduled to make his first court appearance Oct. 8.

After the indictment, the Vikings deactivated Peterson for their game this past Sunday, which turned out to be a 30-7 loss to the New England Patriots.

Then came word of Peterson's reinstatement, which drew heavy criticism from many quarters.

Several sponsors responded by either suspending their deals with the Vikings or severing ties with Peterson.

"While we were trying to make a balanced decision yesterday, after further reflection we have concluded that this resolution is best for the Vikings and for Adrian," owners Zygi and Mark Wilf said in a statement. "We want to be clear: We have a strong stance regarding the protection and welfare of children, and we want to be sure we get this right. At the same time we want to express our support for Adrian and acknowledge his seven-plus years of outstanding commitment to this organization and this community."

The stunning reversal comes after a harrowing day on Tuesday that included the Radisson hotel chains suspending its sponsorship with the Vikings.

In addition, Anheuser-Busch issued a strongly worded statement that said it was disappointed in the way the NFL was handling all of the negative attention surrounding former Baltimore Ravens running back Ray Rice's assault of his then-fiancee, and Peterson's arrest for child abuse.

Peterson has said he was disciplining his son and didn't intend to hurt him. In a statement, Peterson expressed remorse for that incident, insisting he was not a child abuser. "No one can understand the hurt that I feel for my son and for the harm I caused him. My goal is always to teach my son right from wrong and that's what I tried to do that day. ... I love my son very much and I will continue to try to become a better father and person."

He reacted to the ban at 2:30 a.m. ET Wednesday, tweeting, "The pressure may be tough, but you will make it through."

"This is the best possible outcome given the circumstances," Peterson's agent, Ben Dogra, told The Associated Press. "Adrian understands the gravity of the situation and this enables him to take care of his personal situation. We fully support Adrian and he looks forward to watching his teammates and coaches being successful during his absence."

The Vikings said they had deliberations with the NFL over the previous two days and informed the league they were revisiting the situation.

"After giving the situation additional thought, we have decided this is the appropriate course of action for the organization and for Adrian," the Wilfs said. "We are always focused on trying to make the right decision as an organization.

"We embrace our role - and the responsibilities that go with it - as a leader in the community, as a business partner and as an organization that can build bridges with our fans and positively impact this great region. We appreciate and value the input we have received from our fans, our partners and the community."

Also on Tuesday, a report surfaced of another child abuse investigation involving another young Peterson son -- a probe that didn't result in any action being taken by authorities. A Peterson attorney, Rusty Hardin, refuted the story, which was first reported by CBS Houston affiliate KHOU-TV.

If Peterson can't play until his legal issues are resolved, there's no hard timeline on when that might happen, observes CBSSports.com. Peterson's Oct. 8 hearing is nothing more than a first appearance.

"At this point I'm not expecting a plea," said Grant. "I expect it will be a couple of weeks before any decisions are made about the case."

Grant has said it's possible a trial wouldn't take place until 2015.