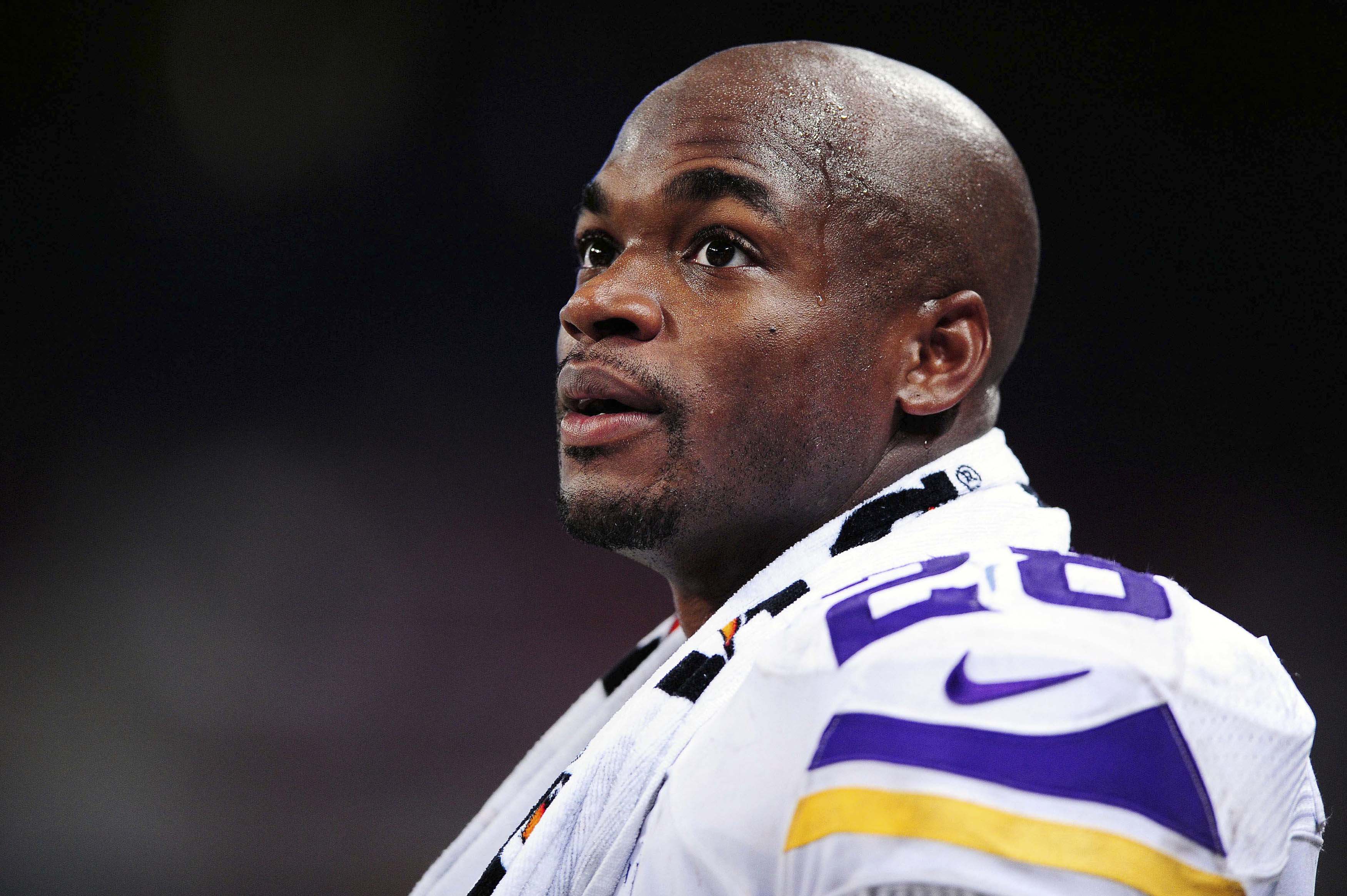 EDEN PRAIRIE, Minn. -- The Minnesota Vikings reinstated star running back Adrian Peterson on Monday, three days after benching him because he was facing a child-abuse charge in Texas for using a wooden switch to spank his 4-year-old son.

Vikings owners Zygi and Mark Wilf said the decision to bring back Peterson for practices and Sunday's game at New Orleans was made "after significant thought, discussion and consideration." Peterson was deactivated for Sunday's 30-7 loss to the New England Patriots after he was charged with striking his 4-year-old son with a tree branch this summer.

Peterson, meanwhile, issued a statement Monday, saying he is "sorry about the hurt I have brought to my child."

Peterson said he has met with a psychologist and "I have to live with the fact that when I disciplined my son the way I was disciplined as a child, I caused an injury that I never intended or thought would happen."

The Wilfs say they want to let the legal process play out before making any more definitive decisions on Peterson's future with the team.

"As evidenced by our decision to deactivate Adrian from yesterday's game, this is clearly a very important issue," the owners said. "On Friday, we felt it was in the best interests of the organization to step back, evaluate the situation, and not rush to judgment given the seriousness of this matter. At that time, we made the decision that we felt was best for the Vikings and all parties involved.

"To be clear, we take very seriously any matter that involves the welfare of a child. At this time, however, we believe this is a matter of due process and we should allow the legal system to proceed so we can come to the most effective conclusions and then determine the appropriate course of action. This is a difficult path to navigate, and our focus is on doing the right thing. Currently we believe we are at a juncture where the most appropriate next step is to allow the judicial process to move forward."

Peterson's first court appearance in Texas, originally scheduled for Wednesday, has been delayed until Oct. 8 because his attorney, Rusty Hardin, is out of the country this week.

Hardin issued a statement on Friday saying his client acknowledged striking his son as a form of discipline similar to what Peterson endured as a young boy growing up in Palestine, Texas. He said Peterson was cooperating with the investigation and did not mean to inflict any harm on his son.

Hours later, the Vikings decided not to play Peterson against the Patriots, moving swiftly after a week in which the NFL came under heavy scrutiny for its handling of a domestic violence case involving former Baltimore Ravens running back Ray Rice.

But unlike a previous case involving former cornerback Chris Cook, the Vikings have decided to allow Peterson to return to the field while the legal process unfolds.

In 2011, the Vikings suspended cornerback Chris Cook with pay after he was arrested for allegedly assaulting his girlfriend and barred him from all team activities while his trial played out. Cook wound up missing 10 games and was eventually acquitted. He never faced discipline from the NFL and played two more seasons with the Vikings before signing with the 49ers.

The NFL is looking into Peterson's case, and if convicted he could face a minimum six-game suspension under the league's new tougher domestic abuse policy that was implemented after Commissioner Roger Goodell admitted he botched Rice's initial punishment.

The Vikings' decision to reinstate Peterson comes on the same day the NFL announced that three experts in domestic violence will serve as senior advisers to the league. Goodell sent a memo to teams Monday announcing that Lisa Friel, Jane Randel and Rita Smith will "help lead and shape the NFL's policies and programs relating to domestic violence and sexual assault."

Sunday was supposed to provide a respite for the NFL from off-field headlines created by Peterson and Rice. But the controversies continued to swirl with former players debating the Peterson case and planes flying over two stadiums carrying banners which called for Goodell to step down.

The Washington Post reports the "#GoodellMustGo" banners were part of a protest by UltraViolet, a national women's rights organization.

The aerial protest came as Rice weighs his legal options. CBSSports.com football insider Jason La Canfora reports that Rice will likely appeal the league's increase of his punishment from a two-game suspension to an indefinite ban

Meanwhile, the Peterson case was a hot topic on TV and radio shows Sunday.

Charles Barkley was a guest on CBS' "The NFL Today," and the former basketball player-turned-NBA analyst sympathized with Peterson and defended the former MVP's behavior.

"I'm from the South," Barkley said. "Whipping -- we do that all the time. Every black parent in the south is going to be in jail under those circumstances ... We spank kids in the South.

"I think the question about did Adrian Peterson go overboard," he added. "We all grow up in different environments. Every black parent in my neighborhood in the south would be in trouble or in jail under those circumstances ... We called it 'spanking' or 'whipping' our kids."

But former NFL quarterback Boomer Esiason was critical of Barkley's assessment of Peterson and reiterated his stance on Monday on a radio talk show.

"I don't buy [upbringing] as an excuse. Peterson is 6'1″, 220 pounds talking about hitting his 4-year-old son with what is known as a switch. I never even heard of that until the other night. It's a tree branch that parents use to whip kids. I found it so reprehensible. I got emotional about it and was very intense about it. It's no excuse in my eyes," he said.

Carolina defensive end Greg Hardy, meanwhile, was deactivated for Sunday's 24-7 victory over Detroit after playing in Week 1 despite being convicted in July of assaulting a woman. Panthers coach Ron Rivera explained the switch from one week to the next by saying the "climate has changed" in the NFL.

Then there's Ray McDonald, the 49ers' defensive lineman who has been active for both regular-season games since his Aug. 31 arrest on suspicion of domestic violence.

18-year-old dies after getting trapped in sand at New Jersey beach
Thanks for reading CBS NEWS.
Create your free account or log in
for more features.
View CBS News In
CBS News App Open
Chrome Safari Continue
Be the first to know
Get browser notifications for breaking news, live events, and exclusive reporting.