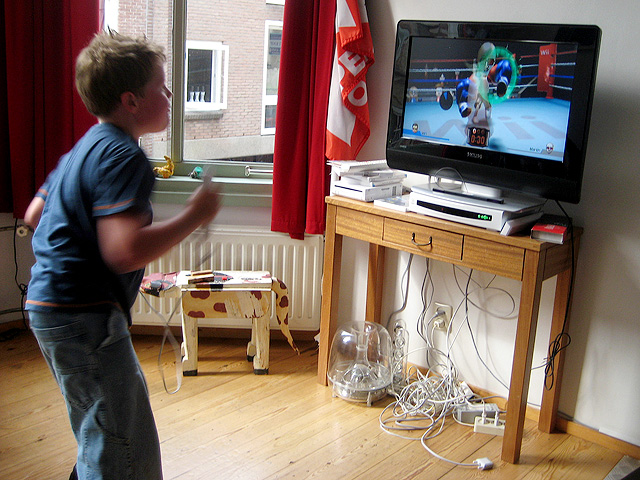 (CBS) Kids who play lots of video games may not be as active as kids who play sports, which is why some parents prefer games that get their kids off the couch and moving around. But according to a new study, those "active" games such as Wii Sports won't actually make a kid more physically active.

According to the Centers for Disease Control and Prevention, children and adolescents should get at least one hour of physical activity each day. Previous research suggests active video games lead to increases in kid's physical activity.

To find out whether active video games make kids less likely to be couch potatoes, researchers gave 78 kids between ages 9 and 12 Wii game consoles and monitored them for 12 weeks. The kids were split into groups in which they received either two "active" video games - including "Wii Fit Plus" and "Dance Dance Revolution - Hottest Party 3" - or two inactive games, such as "Mario Kart Wii" or "Madden NFL 2010."

Throughout the study, kids kept a journal of their play times and were given an accelerometer - a device they wore on their belts to measures acceleration and exertion. What did the researchers find? The kids who were given active video games were no more physically active than kids who were given the inactive games. There was no bump in physical activity even when kids first got the video game, and no difference in physical activity throughout entire study.

The study was published in the Feb 27 issue of the journal Pediatrics.

"Frankly, we were shocked by the complete lack of difference," study author Dr. Tom Baranowski, professor of pediatrics at Baylor College of Medicine in Houston, told Reuters.

The new study suggests children either did not play the active games at the same level of intensity as in the earlier lab experiments, or they chose to be less active at other times of the day to compensate for the increased activity, according to WebMD.

"The take-home message is that on a population basis, it looks like using active video games is not an effective way of getting kids to be more active," " Dr. Christina Suh, a pediatrician at Children's Hospital Colorado who was not involved in the research, told HealthDay. "In other words, if someone thinks of passing out Wii fitness consoles to kids in a public school district, for example, it probably wouldn't be effective in terms of its impact on public health."

Dr. Jacob Barkley, an exercise scientist from Kent State University in Ohio who was not involved in the study, told Reuters that the Wii probably won't contribute to kids getting their 60 minutes of physical activity each day, but he said playing an active video game over the course of a year could translate into fewer pounds of weight gain in kids, compared with those who play only inactive video games.

"Maybe the Wii isn't going to increase physical activity a whole heck of a lot," Barkley told Reuters. "But it might increase caloric expenditure a little bit more than a traditional sedentary video game, and if you do that on a daily basis that could have a cumulative effect that might be beneficial."