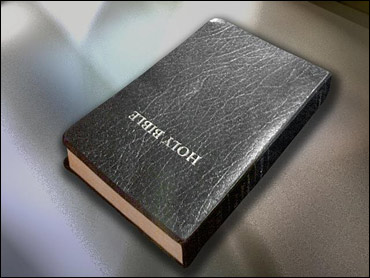 If North Carolina is going to let people use a religious text when taking an oath in court, the Bible should not be the only book allowed, an attorney for the American Civil Liberties Union argued in court Tuesday.

A lawsuit filed by the ACLU of North Carolina challenges a state policy that allows only the Bible to be used in such court procedures.

"If the state is going to get into the religious oath business, the state has to be fair," said Seth Cohen, the ACLU's lead counsel on the case.

"The main complaint of the ACLU and the plaintiff is a political one, not a legal one," attorney Valerie Bateman said.

The lawsuit was filed in July 2005 on behalf of Syidah Mateen, a Muslim woman who said she was denied the use of the Quran in court. The lawsuit argues that state law is unconstitutional because it favors Christianity over other religions.

The ACLU is seeking a court order clarifying that the law is broad enough to allow the use of multiple religious texts, or else rule the statute unconstitutional. The group expects Ridgeway will issue a ruling as early as next week.

State law allows witnesses preparing to testify in court to take their oath in three ways: by laying a hand over "the Holy Scriptures," by saying "so help me God" without the use of a religious book, or by an affirmation using no religious symbols.

The ACLU and the Washington-based Council on American-Islamic Relations had called for a statewide policy permitting use of the Quran and other religious texts in courtrooms. But the director of the state court system refused, saying the state legislature or the courts needed to settle the issue.

Bateman said changing the law would require the court to make determinations on what writings could be used.

"That's just too much entanglement for the court to be involved in," she said, adding that it might be more appropriate for legislators to resolve the issue.

A bill filed in this session of the state legislature by a Democratic state senator would allow sacred texts besides the Bible to be used to administer courtroom oaths. But so far the bill has only been referred to a committee and its prospects for passage remain uncertain.

A trial court judge dismissed the ACLU's lawsuit in December 2005, ruling it was moot because there was no actual controversy at the time that warranted litigation.

In January, the ruling was reversed by a unanimous three-judge panel of the state Court of Appeals and the lawsuit was allowed to go to trial. The panel noted Mateen's claim that her request to place her hand on the Quran as a witness in a domestic violence case in Guilford County was denied in 2003.

Several Jewish members of the state chapter of the ACLU have filed affidavits indicating they would prefer to swear upon the Old Testament, one of the religious texts of their faith, according to court documents.

The ACLU has said an 1856 state Supreme Court decision sets a clear precedent for oaths with religious texts. The court decision noted that North Carolina's oath-taking statutes were written for Christians but do not limit others from taking oaths in the way they deem most sacred.