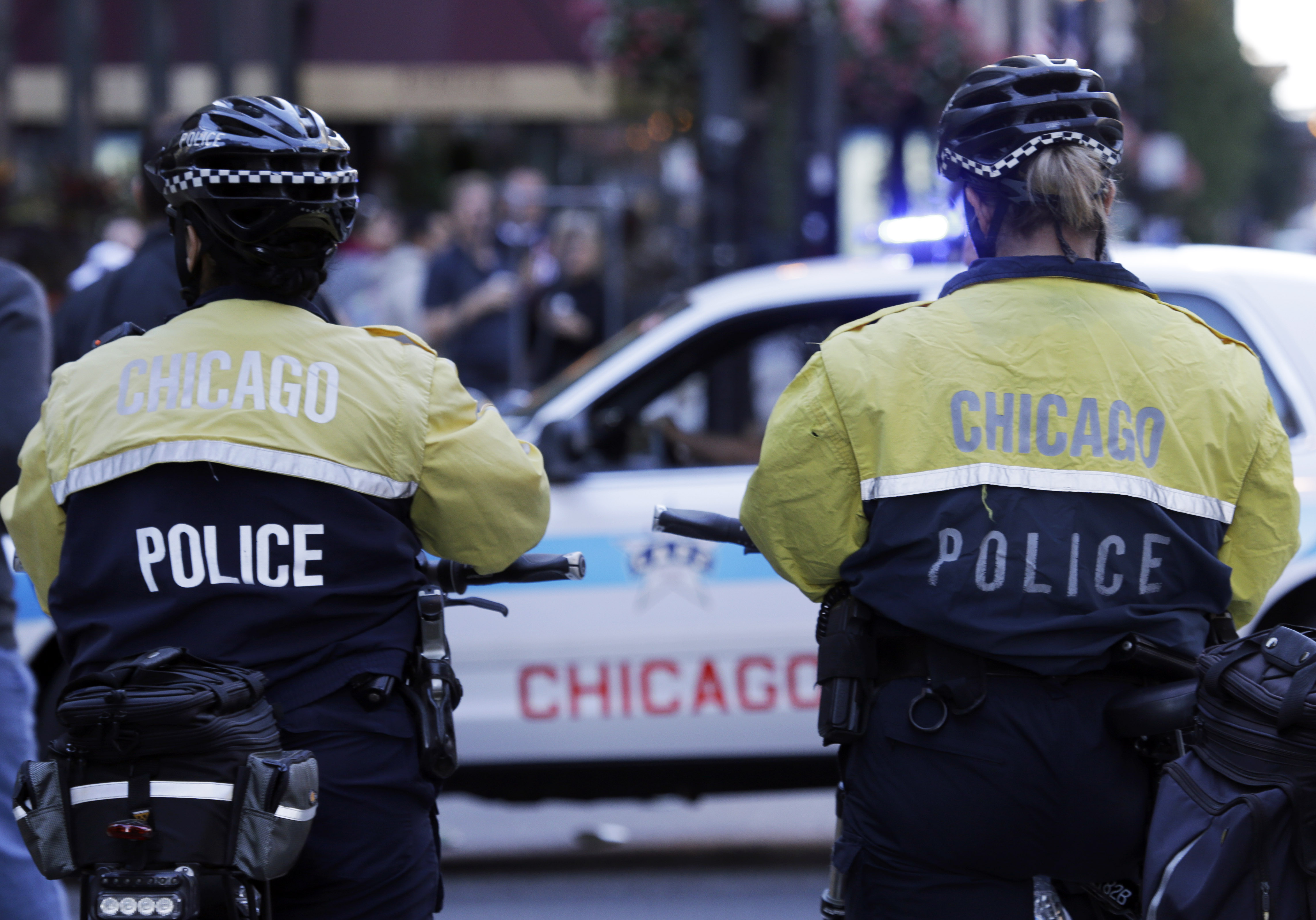 CHICAGO - Chicago police officers initiated stop, question and frisk encounters at a much higher rate last summer than their New York City counterparts ever did, and just like with New York's heavily criticized program, Chicago blacks and other racial minorities were disproportionately targeted, according to a civil liberties group.

The American Civil Liberties Union of Illinois released a report Monday saying it identified more than 250,000 Chicago stop-and-frisk encounters in which there were no arrests from May through August 2014. African-Americans accounted for nearly three-quarters of those stopped, even though they make up about a third of the city's population. On a per capita basis, Chicago police stopped 93.6 people per 1,000 residents, or more than four times New York's peak rate of 22.9 stops per 1,000 residents, which happened during the same four-month period of 2011.

"The Chicago Police Department stops a shocking number of innocent people," said Harvey Grossman, the ACLU's legal director. "And just like New York, we see that African Americans are singled out for these searches."

Grossman, speaking to CBS Chicago, said there's no evidence the Chicago Police Department's use of stop-and-frisk tactics had any connection to a drop in crime in 2014.

"I don't think that the city's in a position to show causation; the direct relationship between massive stop-and-frisks and a declining crime rate," he said.

The ACLU said it also found that police gave no "legally sufficient reason" for initiating many of the stops. It said it examined a random sampling of "contact cards," which officers are required to fill out whenever they make such a stop. On half the cards, the officers didn't state a reason for the stop, and in some cases, they stated that they stopped someone for a reason that wasn't related to suspected criminal activity.

Grossman said the information that was on the cards was woefully inadequate, and the cards didn't indicate that a person had been frisked, which the ACLU researchers can only assume happened.

The department didn't immediately respond to messages asking for comment Monday, but department spokesman Martin Maloney told the Chicago Tribune that the department prohibits the illegal practice of racial profiling and has taken steps to improve the training of officers on the issue. But the use of contact cards has dramatically increased since Superintendent Garry McCarthy started running the department in 2011.

The department, which has reported a significant drop in crime around the city, has made it clear that the cards are a key component of its crime fighting strategy, saying they help track gang members and help officers make arrests.

McCarthy didn't mince words while responding to the ACLU report.

"We stop people based on crime complaints, not based on population demographics," McCarthy told CBS Chicago. "The suspect crime data matches up almost exactly with the demographics of our stops in those neighborhoods.

Late last year, prosecutors said information from contact cards showed that two days before the 2013 shooting death of a high school honor student, Hadiya Pendleton, the two suspects were in the white Nissan that served as the getaway car.

But that effort to reduce crime has emerged as a key issue in next month's mayoral election. While the mayor has been able to use the statistics to underline his point that he is taking steps to make the city safer, the ACLU report comes as he is trying to regain much of the black community's support, which has slipped since he was first elected in 2011.

Grossman said he's not surprised that the department relies so heavily on the stop-and-frisk policy. The superintendent spent the bulk of his career in the NYPD and he was the police chief in Newark, New Jersey, before coming to Chicago in 2011.

The policy has come under fire in both cities.

In New York, a federal judge determined the NYPD policy was sometimes discriminating against minorities. And in Newark, the department was placed under a federal monitor after the U.S. Department of Justice found that during a period that included McCarthy's time running the department, 75 percent of pedestrian stops were made without constitutionally adequate reasons and in the city where blacks make up 54 percent of the population, they accounted for 85 percent of those stops.

"There is no question the superintendent endorses stop and frisk. ... It is part of the fabric of McCarthy's policing," Grossman said.