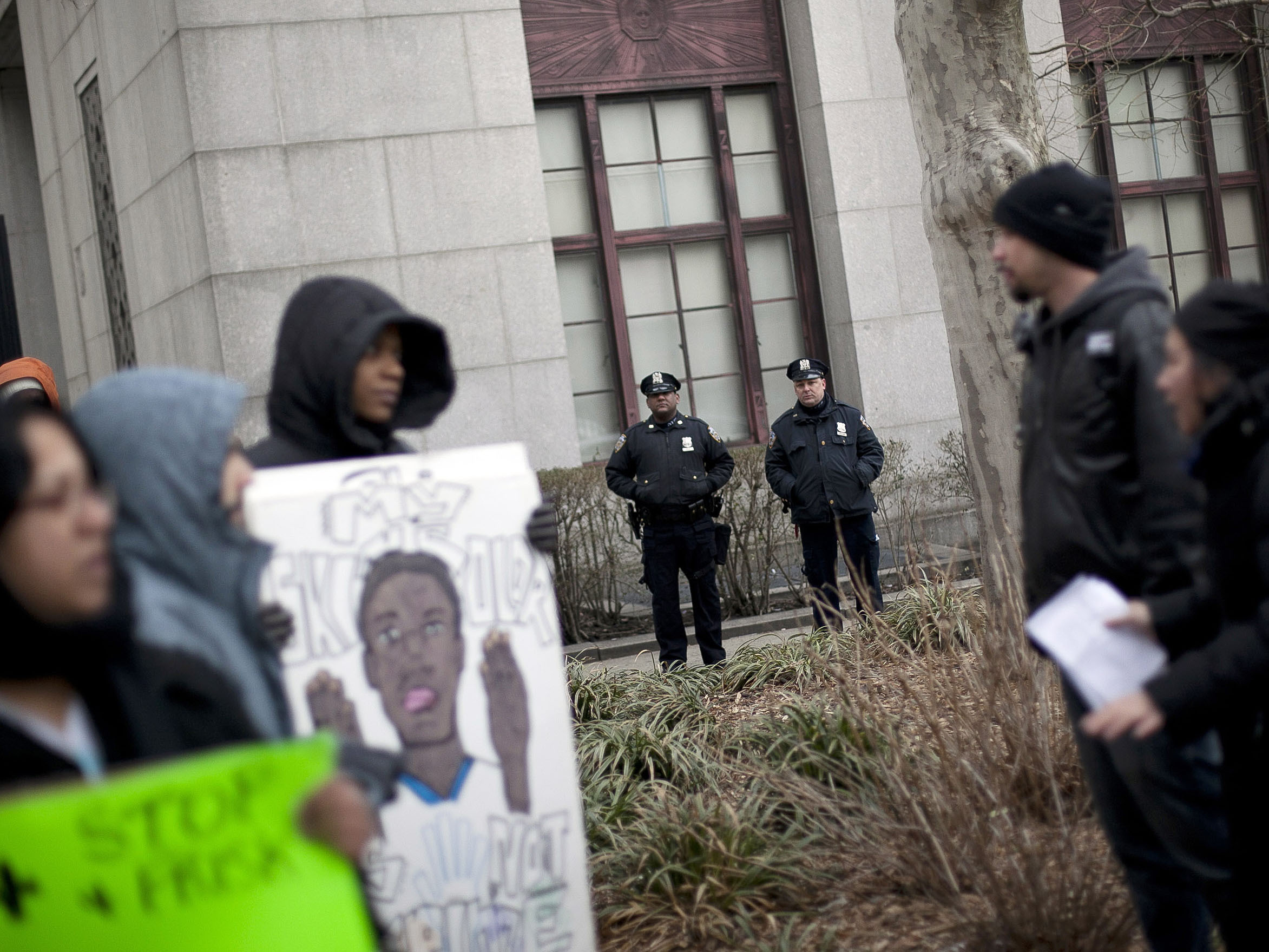 "Throughout the case, we didn't believe we were getting a fair trial, and this decision supports that belief," said Bloomberg, in a press conference held Monday in New York City.

The ruling is a significant judicial rebuke for what the mayor and police commissioner have defended as a life-saving, crime-fighting tool.

"Our policies have made New York City the safest big city in America," said Bloomberg. "Murders are 50 percent below the level they were 12 years ago when we came into office. ... Stop-and-frisk is an important part of that success. It has taken some 8,000 guns off the streets."

New York City Police Commissioner Ray Kelly said the NYPD is the most racially diverse police force in the world and any accusations of racial profiling was incorrect.

"What I find most disturbing in this decision is the notion that the NYPD engages in racial profiling," said Kelly.

Instead of ordering an end to the practice, U.S. District Court Judge Shira Scheindlin has opted to reform it. She did not give many specifics on how that would work but instead named an independent monitor who would develop reforms to policies, training, supervision, monitoring and discipline. She also ordered that officers test out body-worn cameras in the police precinct where most stops occurred.

"The city's highest officials have turned a blind eye to the evidence that officers are conducting stops in a racially discriminatory manner," she wrote. "In their zeal to defend a policy that they believe to be effective, they have willfully ignored overwhelming proof that the policy of targeting `the right people' is racially discriminatory."

For years, police brass had been warned that officers were violating rights, but they nevertheless maintained and escalated "policies and practices that predictably resulted in even more widespread Fourth Amendment violations," Scheindlin wrote in a lengthy opinion.

She also cited violations of the Fourth Amendment protection against unreasonable search and seizure.

"Far too many people in New York City have been deprived of this basic freedom far too often," she said. "The NYPD's practice of making stops that lack individualized reasonable suspicion has been so pervasive and persistent as to become not only a part of the NYPD's standard operating procedure, but a fact of daily life in some New York City neighborhoods."

Four men sued the department in 2004, saying they were unfairly targeted because of they were minorities. Scheindlin issued her ruling after a 10-week bench trial, which included testimony from NYPD brass and a dozen people — 11 men and one woman — who said they were wrongly stopped because of their race.

She found that nine of the 19 stops discussed at the trial were unconstitutional, and an additional five stops included wrongful frisking.

Stop and frisk is a constitutional police tactic, but Scheindlin concluded that the plaintiffs had "readily established that the NYPD implements its policies regarding stop and frisk in a manner that intentionally discriminates based on race."

There have been about 5 million stops during the past decade, mostly black and Hispanic men. The judge said she determined at least 200,000 stops were made without reasonable suspicion, the necessary legal benchmark, lower than the standard of probable cause needed to justify an arrest.

The class-action lawsuit was the largest and most broad legal action against the policy at the nation's biggest police department, and it may have an effect on how other police departments make street stops, legal experts said.

Lawmakers have also sought to create an independent monitor and make it easier for people to sue the department if they feel their civil rights were violated. Those bills are awaiting an override vote after the mayor vetoed the legislation.

The court monitor would examine stop and frisk specifically and could compel changes. The inspector general envisioned in the legislation would look at other issues but could only make recommendations.

The city had no immediate response to the ruling, but officials planned an early afternoon news conference to discuss it.

City lawyers had argued the department does a good job policing itself with an internal affairs bureau, a civilian complaint board and quality assurance divisions.

The judge rejected their arguments. "The city and its highest officials believe that blacks and Hispanics should be stopped at the same rate as their proportion of the local criminal suspect population," she wrote. "But this reasoning is flawed because the stopped population is overwhelmingly innocent — not criminal."

Scheindlin appointed Peter L. Zimroth, the city's former lead attorney and previously a chief assistant district attorney, as the monitor. In both roles, Zimroth worked closely with the NYPD, the judge said. He did not respond to a call seeking comment.

The Center for Constitutional Rights, the nonprofit group that represented the plaintiffs, said in a statement: "Today is a victory for all New Yorkers. After more than 5 million stops conducted under the current administration, hundreds of thousands of them illegal and discriminatory, the NYPD has finally been held accountable. It is time for the city to stop denying the problem and work with the community to fix it."