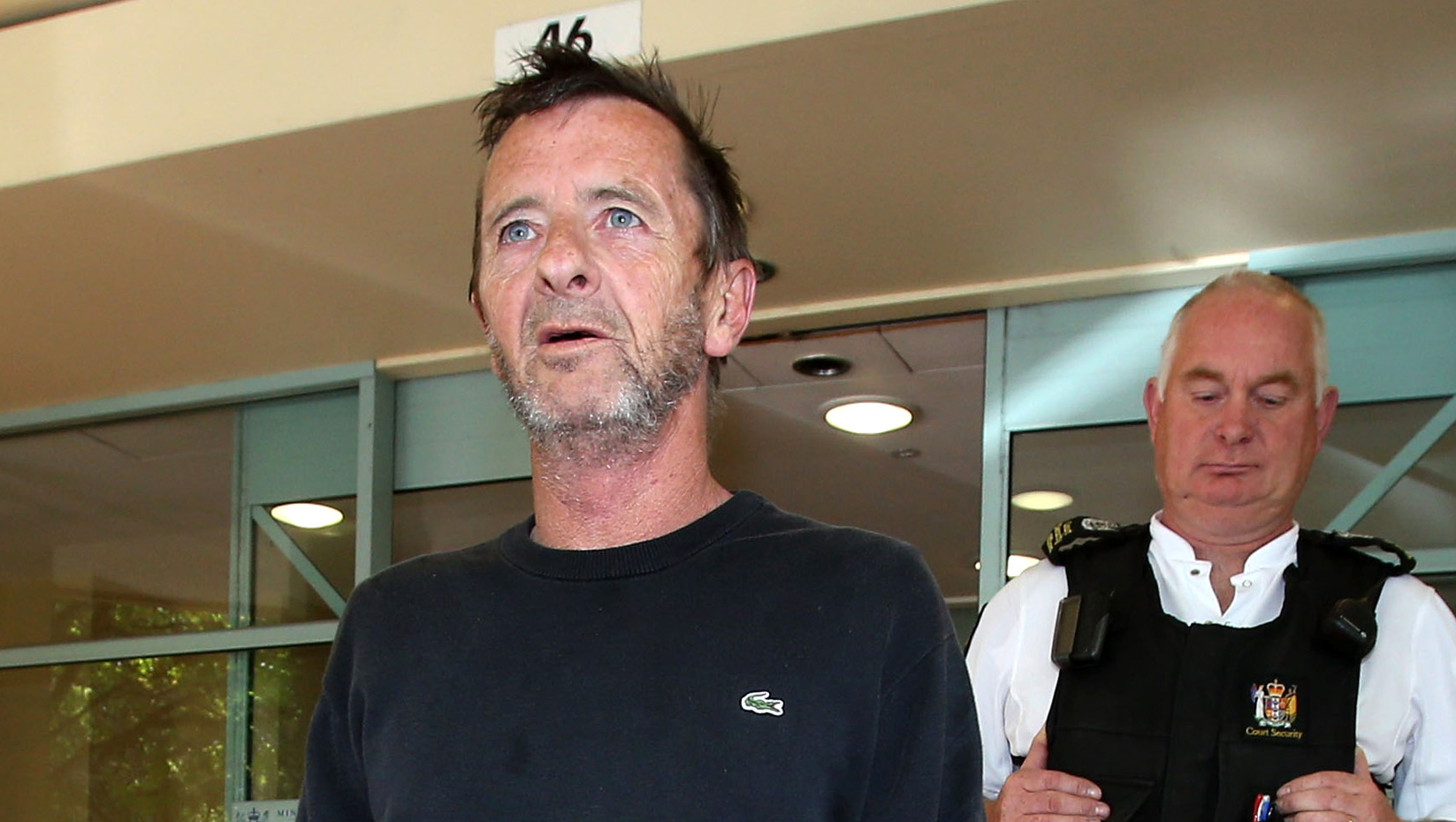 Troubled AC/DC drummer Phil Rudd was detained by police Thursday after getting into a scuffle with a witness in his pending court case but was released again on bail without facing further charges.

Rudd's lawyer Paul Mabey said Rudd appeared in court in his home town of Tauranga, accused of breaching his bail conditions by associating with a witness. Mabey said it was a "chance meeting" that developed into a scuffle.

Last month, police charged the 60-year-old drummer with threatening to kill, which comes with a maximum prison sentence of seven years, as well as possessing methamphetamine and marijuana. He has pleaded not guilty and faces a judge-only trial early next year.

Columbus Coffee cafe owner Leo Rojas said Thursday he witnessed Rudd curse and try to punch a larger man on the sidewalk outside the cafe. He said Rudd was much shorter and skinnier than the larger man, who twice pushed Rudd to the ground.

"It was like a Chihuahua trying to fight a big dog," Rojas said.

He said Rudd is a regular customer at the butcher shop next to his cafe.

Rojas said the larger man then lost his temper and pushed Rudd down onto the sidewalk.

He said Rudd's possessions scattered, including some meat, some cash and his cellphone, which were scooped up by cafe staff.

"They were saying a lot of words, not proper words, as you can imagine in this situation," Rojas said.

Rojas said the larger man called Rudd a "rat," saying that's why he didn't work for him anymore. He said Rudd got up and again tried to attack the man, who again pushed him to the ground.

He said Rudd's bodyguard tried to calm the drummer but that Rudd then began attacking the bodyguard. He said the larger man eventually left and drove away.

He said Rudd came into the cafe to gather his belongings. "He said 'sorry for being rude, but I'm very angry with that guy'," Rojas said.

In court, a judge imposed an additional bail condition on Rudd: that he not consume illegal drugs. Government prosecutors had argued Rudd's behavior had been erratic and that he would be more likely to comply with his other bail conditions if he didn't take drugs.

Last week, Rudd displayed erratic behavior when he showed up late for a court appearance and clowned around by jumping on the back of one of his security guards outside the courthouse. He also winked at reporters, drummed a rhythm on the dock and sped away from the courthouse in a black sports car.

Rudd's future with the popular Australian band remains uncertain. The band this week released its new album, "Rock or Bust."

Natalie Morales on joining "The Talk"