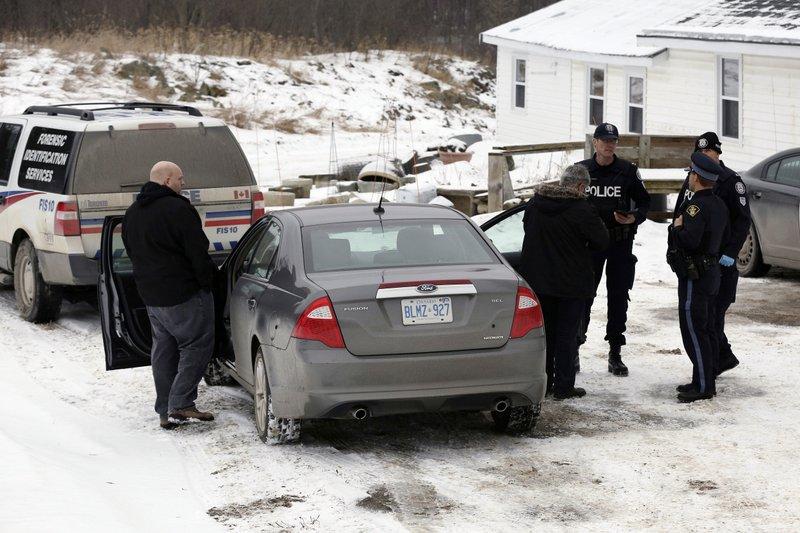 A Toronto landscaper and former mall Santa accused of killing and dismembering five men made his first appearance in court on Wednesday, via video conference.  Bruce McArthur, 66, stared at the floor during much of the hearing and would only give his name after the judge asked for it, CBC News reported. The judge has issued a ban limiting what details may be reported in the media, according to the station.

The five men McArthur is charged with murdering all have connections to Toronto's Gay Village district.

McArthur had worked as a Santa in Toronto's Agincourt Mall for the past several seasons, Crimesider confirmed Wednesday.

In an email, a mall spokesperson said that McArthur was hired by a third-party event management company and that "there were no reported incidents by customers or by store and Mall employees during his time at the Mall."

The statement added: "Like many people in Toronto our team was deeply saddened to hear about these incidents. We extend our condolences to the families and friends of the victims of these horrific crimes."

McArthrur's Facebook page featured pictures of his cats, children and grandchildren and of himself dressed as Santa Claus.

Police spokesman Meaghan Gray said that they have found no additional human remains in the backyard of McArthur's house, where they had earlier discovered planters containing the remains of six men. Only one victim, Andrew Kinsman, has been positively identified so far.

Gray said investigators will also search the main drain of the property for potential evidence, but will focus their efforts on planters found at that property and elsewhere around the city.

"We still have properties that we are searching, that long client list of Mr. McArthur's that we are making our way through," Gray said.

Authorities have checked at least 30 other places the landscaper was known to have worked, including some of Toronto's wealthiest neighborhoods, and have collected at least 15 planters.

Police say they are thinking of excavating a second property in Toronto but have not yet made a decision on that.

Investigators say McArthur is believed to have met his victims in Toronto's Gay Village and on gay dating apps for older and large men with names such as "SilverDaddies" and "Bear411."  Calvin Rosemond, a lawyer for McArthur, has declined to speak with reporters, but colleagues tell CBC that the attorney believes a guilty plea should be always the "last resort."

Police said they will eventually look at hundreds of missing person cases and try to determine if any were victims of McArthur. They are also running down tips that have come in from around the world.