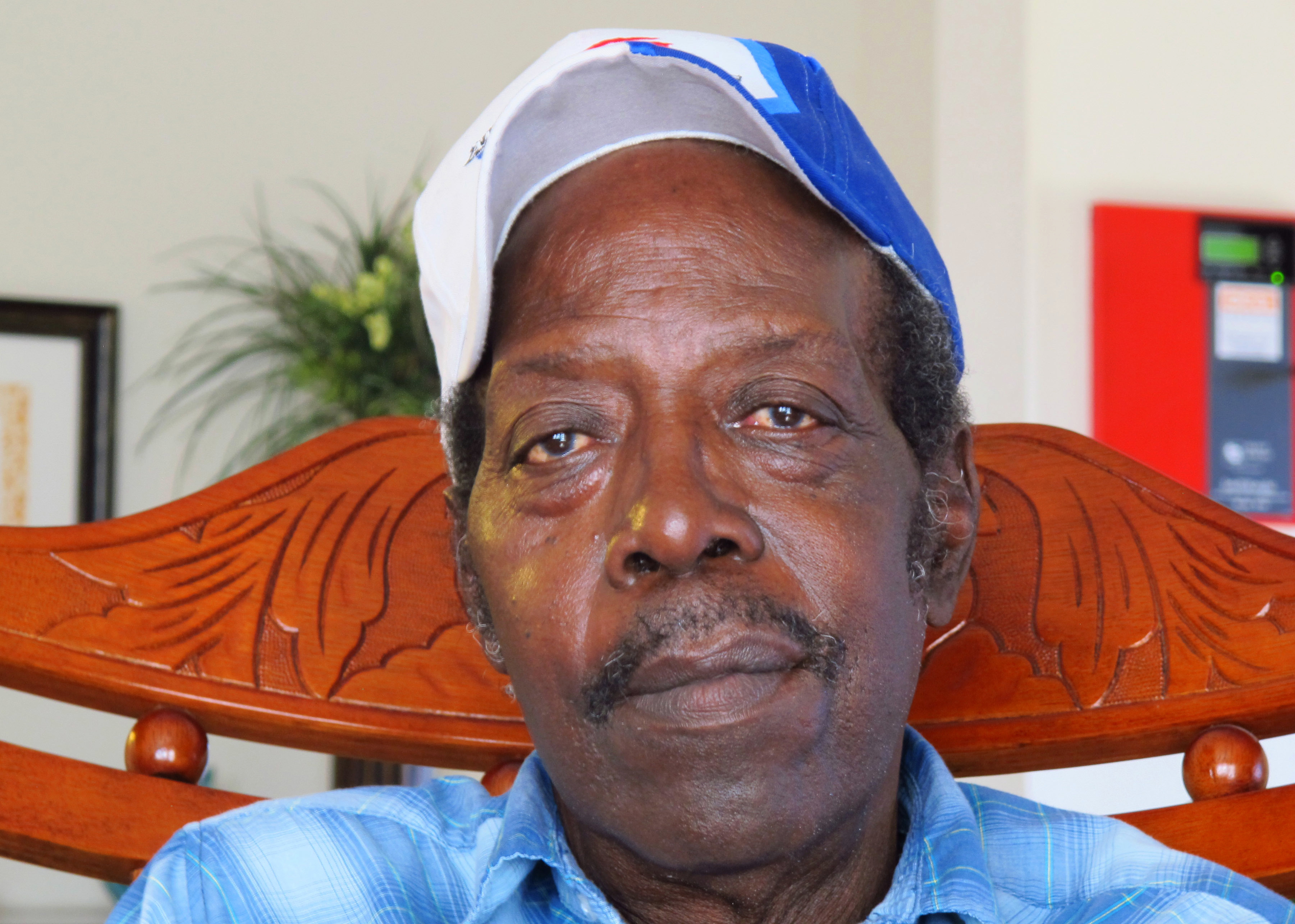 It took more than 40 years for Leonard Barefield to finally get to choose where he lived.

The intellectually disabled Texas native moved to a group home in Lubbock in September after he had first lived in barely livable conditions for more than three decades in a squalid house in Iowa and worked at a turkey processing plant there for 41 cents an hour.

After social workers intervened and took him from that situation, he moved in 2008 to a nursing home in Midland, Texas.

Barefield's plight is not uncommon in Texas, where people with such disabilities are routinely warehoused in nursing homes, according to a lawsuit brought by Barefield and other disabled people.

Advocates for the intellectually-disabled - a condition affecting reasoning and learning - say Texas is violating the Americans with Disabilities Act and other federal laws by denying services that could allow more than 4,000 people to live in the community.

The state denies it is exploiting the disabled, saying it is committed to providing them with the highest quality services.

The 71-year-old Barefield has a developmental disability, suffers from depression and other mental health and medical conditions, and has high blood pressure, court records show. He wears a hearing aid and his speech is significantly impaired. But he can read, write and drive a truck.

Barefield lives with three other intellectually disabled men in a well-maintained and spacious home now.

"It's better here," he said, nodding his head emphatically. Barefield leaves the home several days a week for a day center where he can play games and work on small projects.

He was exploited for decades, but there are even more tragic cases than Barefield's.

Andrea Padron, who suffered a severe head injury in a car accident when she was 10, died in 2013 after getting an inaccurate evaluation to determine the care she needed in a nursing home, court documents show.

Padron's mother put her in a nursing home when she could no longer afford to care for her. Her mother then was deployed to the Iraq war with the military. The services promised for Padron were not provided during the mother's absence.

When her mother returned to Texas, Padron couldn't even sit in her wheelchair.

Padron was left to lie in bed for about 165 hours a week - without specialized services, including physical therapies. She eventually was unable to straighten her wrists, ankles, shoulders, legs or hips and developed a spine deformity, court records show. She was only 29 when she died.

The lawsuit against the state by Barefield and other disabled patients was filed in 2010 and has crawled through the legal system. The federal Department of Justice joined the suit on the side of the disabled in 2012.

In 2013, the state and lawyers for the disabled reached an "interim settlement agreement" that in part called for Texas to expand community services and create a service team for each disabled person. In return the suit was put aside for two years.

But without explanation, the agreement was ended in 2015. Neither side will talk about why this happened because they say confidentiality rules prevent comment. The lawsuit has been reactivated.

A federal judge in San Antonio ruled in May that the case could go ahead and granted class-action status to include more than 4,000 intellectually disabled people in nursing homes.

Barefield and the others aren't asking for any money in compensation.

"All we're asking the state to do is comply with the (federal) law," said Robert Velevis, an attorney for the disabled clients.

State aging and disability department spokeswoman Cecilia Cavuto declined to comment on the case but said the state is "committed to ensuring Texas nursing home residents, including those who have intellectual and developmental disabilities, receive the highest quality services."

She said Texas care providers do evaluations for each person entering a nursing home to determine what specialized services might be needed and whether a resident wants to transition into a community-based setting.

Lawyers for the disabled say the state excludes them from "any meaningful access" to Texas's system of community-based services needed to be able to live in the community.

Lenwood Krause, whose 36-year-old son has a condition related to a developmental disability from a traumatic brain injury, said the state has mishandled the care of his son for years.

"I can't exactly express the sentiments I feel about them," the 72-year-old said. "It's that bad."

Texas is not the only state with issues of abuse and negligence when it comes to intellectually and mentally disabled people.

According to Ohio's Department of Developmental Disabilities, people with mental or physical disabilities in that state are at a higher risk for abuses, such as human trafficking. They are more vulnerable due to social powerlessness, communication skill deficits, a diminished ability to protect themselves due to a lack of instruction and resources, and they have difficulty gauging whether or not another person is trustworthy or not.

An intellectually disabled Georgia man, Kenneth Fults, was lethally injected in April for murdering his neighbor, but his past showed he was abused and neglected as a child, and it's not clear if he received state services as an adult. The State Board of Pardons and Paroles declined to grant clemency to Fults.

"Throughout his life, Kenneth Fults was abandoned and rejected by those who were supposed to care for him, ridiculed and dismissed by those who could have helped him, and beaten up and down by family members and strangers alike," his lawyers wrote.

One 2014 study found that health care for people with intellectual disabilities, despite some gains, is still lacking. It showed wellness and disease prevention efforts specific to their unique health concerns need to be strengthened, standards of care need to be elevated, and specialized training for healthcare providers needs to be expanded.

Texas was ranked in the bottom one third of states for the comprehensiveness of evaluations conducted on intellectually disabled patients, according to a federal report by the Centers for Medicare and Medicaid Services last year.

"Our belief is that people with intellectual and developmental disabilities have just as much right to live in the community as anyone else," said Yvette Ostolaza, another attorney for the disabled clients.