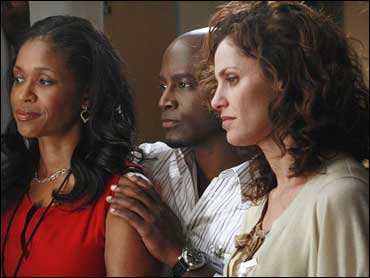 ABC's "Grey's Anatomy" spinoff will air next fall on an all new Wednesday night schedule, one of 11 series the network plans for next season.

"Private Practice" features Dr. Addison Shepard, who leaves Seattle for work in Los Angeles. A special "Grey's Anatomy" that effectively served as the show's pilot was seen by 21 million people earlier this month.

Two other new series will air Wednesdays on ABC in the fall. "Pushing Daisies," described as a forensic fairy tale, features a boy who can touch dead people and bring them back to life. "Dirty Sexy Money" is a prime-time soap opera about a wealthy New York family.

ABC also gave the go-ahead to "Cavemen," a comedy adapted from the Geico insurance commercials.

ABC is owned by the Walt Disney Co.