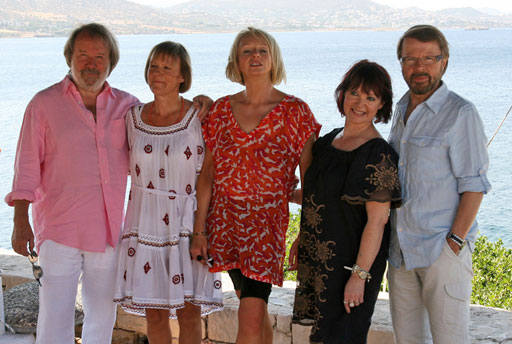 Here we go again. Legendary Swedish pop group ABBA announced on Friday that it is releasing new music for the first time in 35 year in a statement on Instagram. The members called it "an extremely joyful experience" and said they are dropping two new songs.

Members Benny Andersson, Bjorn Ulvaeus, Anni-Frid Lyngstad and Agnetha Faltskog said they joined forces to plan a virtual tour of their holograms and revealed that the reunion had "an unexpected consequence": they decided to hit the recording studio together.

"It was like time had stood still and that we had only been on a short holiday," they said.

The group said one of the two songs is called "I Still Have Faith in You" -- an appropriate name for their fans who have waited for decades for new material. The song will be performed by their digital avatars during a TV special produced by NBC and the BBC planned for December. They did not provide further details on the other song.

ABBA had its biggest hits in the 1970s, like "Dancing Queen," "Take a Chance on Me," "Mamma Mia" and more. The group inspired a musical and movie called "Mamma Mia" (the film's sequel is set for release in July) and there is an ABBA the Museum in Stockholm.