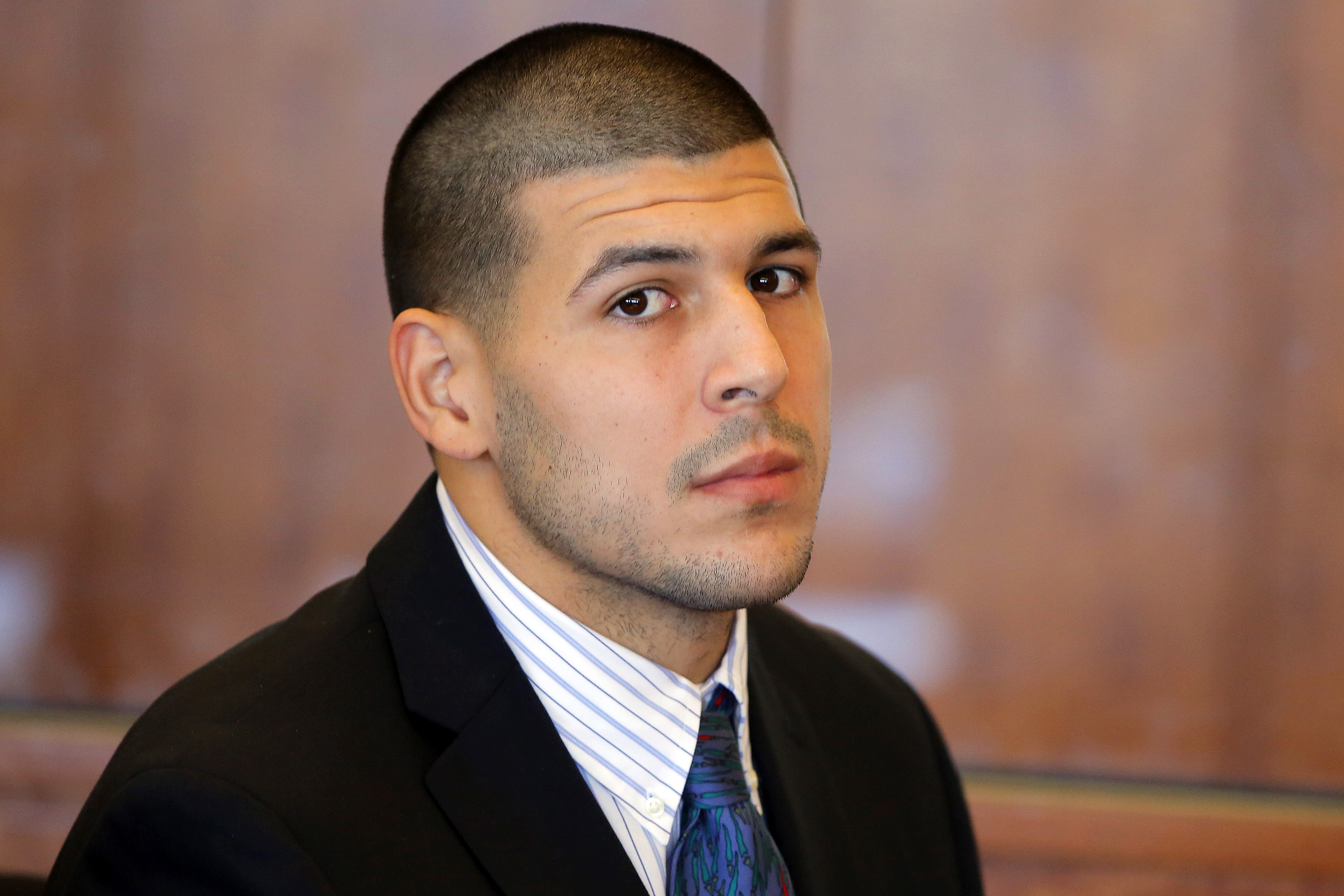 FALL RIVER, Mass. - As his former teammates prepare for the Super Bowl, Aaron Hernandez is in court in Fall River, Mass. -- on trial for murder.

Hernandez, who had a $40 million contract as a tight end with the New England Patriots when he was arrested in June 2013 and charged with murder in the death of semi-pro football player Odin Lloyd, sat expressionless as he listened to opening statements in his trial Thursday.

The prosecution and the defense painted starkly different pictures of the 25-year-old former pro athlete.

Assistant District Attorney Patrick Bomberg told the jury in his opening statement that Hernandez orchestrated the murder of Lloyd and then orchestrated a cover-up.

Hernandez has pleaded not guilty to killing Lloyd, who was dating the sister of Hernandez's fiancee at the time of his death. He was found shot to death in an industrial park near Hernandez's North Attleborough home, not far from Gillette Stadium.

Hernandez's family, including his mother, brother and fiancee, Shayanna Jenkins, were present in court Thursday and sat directly across the aisle from Lloyd's family, who was accompanied by Jenkins' sister, Shaneah.

Hernandez is also charged - in a separate case - with two counts of murder stemming from a 2012 double homicide. He has pleaded not guilty to those charges, too. Prosecutors have said Lloyd may have had knowledge of Hernandez's alleged involvement in the 2012 murders and that could have served as a possible motive in Lloyd's slaying.

The judge hearing the Lloyd murder case has ruled that prosecutors will not be allowed to tell the jury about the 2012 killings.

During opening statements Thursday, prosecutor Bomberg told the jury that the prosecution has video surveillance, cell phone records, receipts and other corroboration that will show Hernandez was with Lloyd the night he was murdered. Bomberg also said there is home surveillance video from inside Hernandez's home on the night of the murder that shows Hernandez holding a gun believed to have been used in Lloyd's killing.

He said Hernandez and two of his associates, Carlos Ortiz and Ernest Wallace, who are also charged in Lloyd's murder, used a rental car to pick Lloyd up at his home in Boston just after 2:30 a.m. on June 17, 2013 and took him to an isolated industrial park in North Attleborough where he was shot six times and left for dead.

Both the prosecution and the defense acknowledged Thursday that Lloyd and Hernandez were acquaintances who would smoke marijuana together.

When it was the defense's turn to make their opening arguments, defense attorney and former federal prosecutor Michael Fee took the courtroom by storm.

Fee said police and prosecutors "targeted" Hernandez from the beginning of their investigation.

"As soon as they found out the celebrity, the New England Patriot, was a friend of Odin Lloyd -- Aaron never had a chance. It was over," Fee said. "They locked-in on Aaron and they targeted him even when they discovered two other men, who were not friends with Odin, were with him that night."

Fee called the investigation into Lloyd's murder "sloppy" and "unprofessional." He also said the prosecution molded evidence to fit their theory that Hernandez is a murderer.

Fee urged jurors to keep an open mind and focus on "real evidence." He hinted that the defense will raise doubts as to whether it was really a gun in Hernandez's hands the night of the murder on his home surveillance video. He said the defense will also introduce witnesses who were with Hernandez in the days before the murder who Fee says will testify that they were lied to and harassed by police when they didn't offer up the story authorities wanted.