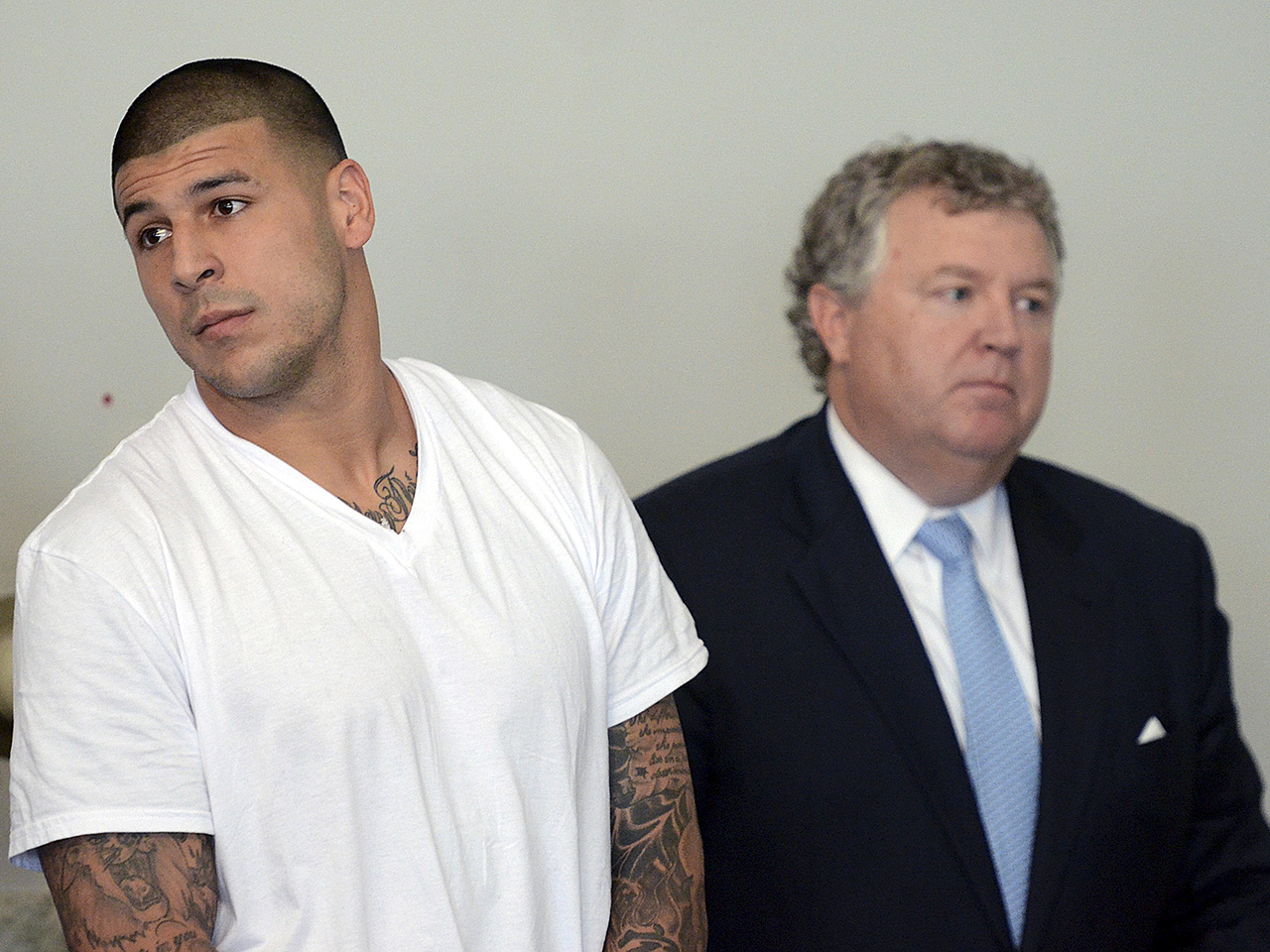 (CBS News) NFL star Aaron Hernandez's lawyer says the case being built against him is circumstantial. But could circumstantial evidence be enough to try and convict him?

Hernandez is accused of first-degree murder in the killing of Odin Lloyd on June 17. Lloyd was dating the sister of Hernandez's fiancee. Prosecutors say Hernandez is seen on video carrying a gun minutes after the shooting.

The New England Patriots tight end was arrested on Wednesday and then, shortly after, fired by his team.

Turning to Hernandez's promising career in football, "CBS This Morning" co-host Norah O'Donnell remarked, "He's 23 years old. He just signed a $40 million extension with the Patriots. He's great football player, and yet he, according to the police, is seen on surveillance video from his own home carrying a gun in and out of the house."

On "CBS This Morning," CBS News special correspondent James Brown also discussed the Hernandez case and its impact on the NFL. Watch his full interview below.

Ford replied that defense attorneys have a saying: "You can't protect against random acts of stupidity on the part of your clients."

He continued, "We always tend to take our heroes, our celebrities, our professional athletes, and we put them up on pedestals, and we don't think that they have the same human frailties that everyone else has. Just because you're a good football player- and again, we don't want to prejudge him because this is very early in the case, but you certainly can look at it and say, 'Why would you let yourself get involved in a situation like this given where your life is heading?'"

In terms of charges Hernandez faces, even if he didn't pull the trigger he could still be found guilty of murder in the first degree.