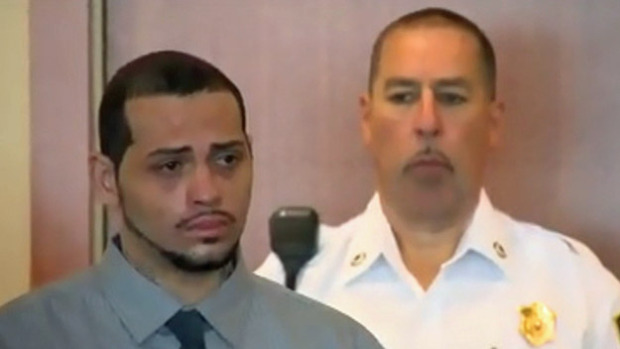 FALL RIVER, Mass. - An associate of former New England Patriots tight end Aaron Hernandez has pleaded not guilty to a murder charge in the shooting death of a man near Hernandez's home last summer.

Carlos Ortiz was arraigned Tuesday in Fall River Superior Court on a murder charge in connection with the June 2013 death of Odin Lloyd. He is being held without bail and a pre-trial conference is set for Sept. 24.

Ortiz is from Hernandez's hometown of Bristol, Connecticut. Ortiz also pleaded not guilty earlier to an accessory charge.

Hernandez has also pleaded not guilty to murder in the death of Lloyd, who was dating Hernandez's fiancee's sister.

A third man is also facing a murder charge in connection with Lloyd's death.