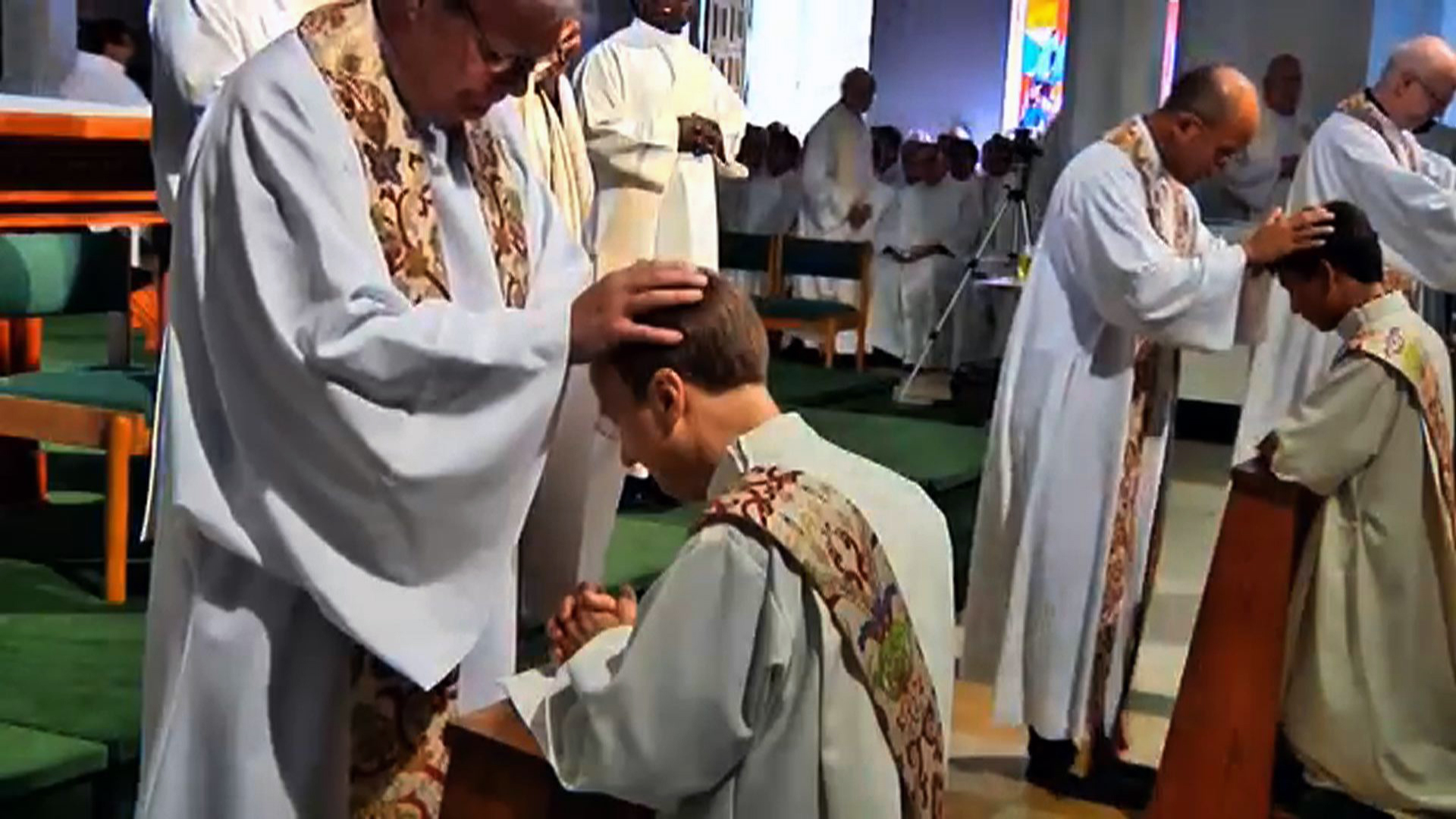 Sean McCreight has a passion for teaching. But the 25-year-old California native is leaving that behind to pursue an even higher calling: becoming a Jesuit priest.

"I think to see Pope Francis living an active religious life, that's another aspect that's attractive to me," he said. "His life is so filled with serving the church and serving her people that I can also see myself doing those things."

A year after Pope Francis' election, one of the first measurable "Francis effects" may be emerging. The Jesuits, officially known as the Society of Jesus, have seen a 65 percent increase in inquiries from men seeking to join their religions order, according to the Jesuit Conference based in Washington D.C. For many Jesuit vocations directors across the country, that is a dramatic increase from what they were used to under the years of Benedict and previous popes.

The new wave of interest in the order, founded in 1540 and known for its commitment to service, social justice and education, represents a dramatic increase from what vocation directors were used to under the years of Benedict and previous popes.

"They've certainly been the largest numbers that I've seen in my time in this job," said The Rev. Charles Frederico, who runs the Jesuit's east coast vocations office, which stretches from Maine to Georgia.

"To have this level of inquiry into our life, for me, has been very exciting."

Before Francis, he received three to five inquiries a week. Now, he's fielding up to 10 or more. That increase can be significant for an order that has seen its numbers drop by roughly half in the last 50 years.

McCreight submitted his spiritual autobiography for consideration to join the order in January. It's the first step in a long process that could take up to 14 years. But after a year in which Pope Francis has captured the public's imagination by embracing simplicity and focusing the Church's message on compassion, it became clear to McCreight that he's making the right choice.

"I've never felt more drawn to learn about a man's life," he said. "He communicates to me that the church is a church of mercy and acceptance."

The Rev. James Martin, author of the book "Jesus: A Pilgrimage," said it's no surprise that there's an uptick in interest for the Jesuits.

"It's the omnipresence of Francis in the media and the fact that people like him. And since people know that he's a Jesuit, we have more people finding out about the Jesuit order and so as a result we have more inquiries from more guys."

"If we had a Jesuit pope who was cold or off-putting, I doubt that would translate into as much interest in Jesuit vocations," said Martin. "But because he talks about his Jesuit background, it's going to be more in front of people and it's going to attract more people."

A recent CBS News poll found that 68 percent of American Catholics view Pope Francis favorably, while a mere 1 percent view him unfavorably. The poll also found that more Catholics, 48 percent, feel the Church is in touch with their needs than those who don't, 43 percent - significant for the Church after more than a decade mired in a child sex abuse crisis that rocked American Catholics' faith in the institution.

Mario Powell, 34, began his journey to ordination as a Jesuit priest at Boston College in 2002, just when the sex abuse revelations came to light.

"I remember seeing the satellite trucks outside the chancery of the Boston Archdiocese for days," said Powell, who is set to be ordained in June. "When I entered, you saw the church at its worst moment. To have a Jesuit pope then would've been crazy."

It's clearly not crazy now. But while Francis may have breathed new life into a Church seeking to maintain relevance in the lives of the faithful, sustaining that momentum will be the true test, one that will require more than the pope's personal charisma.

"If Francis is the only reason people are saying they're interested, I'd be highly suspicious of that," he said. "At the heart of a vocation, there must be a personal relationship with God."

"Is Pope Francis alone what's inspiring me? No," he said. "I think it's the God within him that's really calling the God within me and all of us to be better."