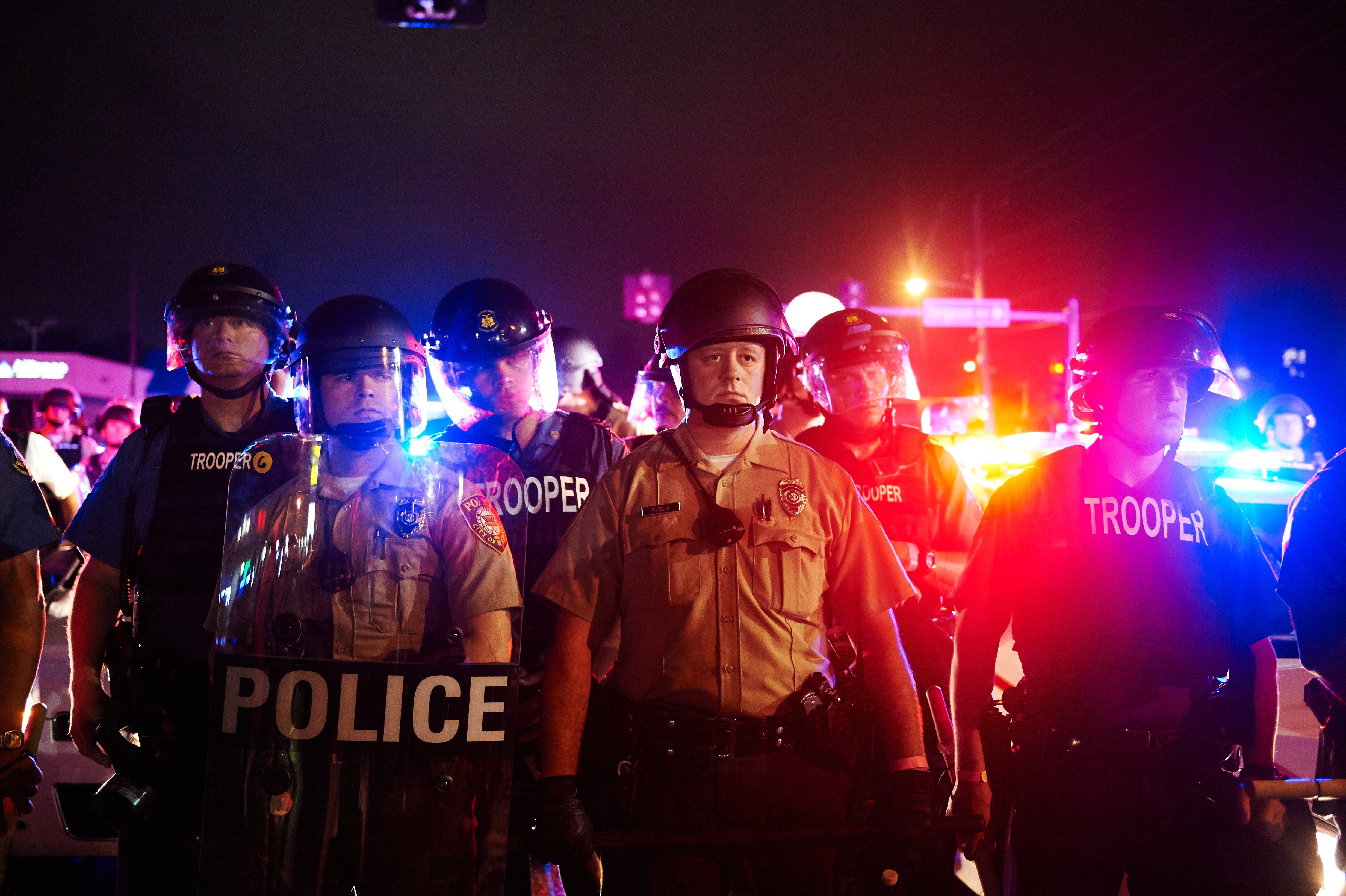 One year ago, after the death of Michael Brown and the overblown police response to largely peaceful demonstrations, lawmakers in Washington said they had seen enough -- it was time to reform the nation's policing protocols.

This week, however, clashes between police and protesters have once again erupted in Ferguson, Missouri, illustrating that the fractured relations between police forces and minority communities are far from repaired. It's a lesson that the deaths of Tamir Rice, Walter Scott, Eric Garner and others drove home repeatedly over the past year.

"Recent events in communities across the country have served as stark and tragic reminders of the tensions that exist in too many neighborhoods between law enforcement officers and the people we serve," Attorney General Loretta Lynch said in Pittsburgh, Pennsylvania on Monday to the National Fraternal Order of Police. "Bridging the rifts that divide us will take all of our best efforts and cannot rest on the shoulders of law enforcement alone."

The Obama administration and Congress have in the past year discussed several ways to reform policing efforts -- often in the context of broader criminal justice reforms. While there's a growing bipartisan consensus around criminal justice reform, the levers of power in Washington are moving in their typically slow fashion.

"There have been a bunch of proposals put forward, but really nothing has been enacted at this point," Kanya Bennett, legislative counsel for the ACLU, told CBS News. "Police reform legislation has really stalled."

Reforms at the federal level are limited by the fact that police forces are largely governed by state and local laws. Congress and the Obama administration can incentivize police departments to adopt certain reforms, or penalize departments for failing to do so.

Even so, criminal justice reform advocates like Bennett say that Washington has a definite role to play in improving the way local police reforms work with the communities they protect. Here's a look at what Washington has -- and hasn't -- done so far:

There's one area where both the Obama administration and Congress have already taken action to improve policing nationwide: tracking the use of force by police.

In December 2015, Congress passed the Death in Custody Reporting Act, which requires states to report how many people are killed during an arrest or while in police custody. The law was enacted at the beginning of the year, and the attorney general has authority to penalize states that don't comply.

In June, Democratic Sens. Barbara Boxer of California and Cory Booker of New Jersey introduced a billthat would go a step further. The Police Reporting of Information, Data and Evidence (PRIDE) Act would require states to report any use of force by or against an officer that results in serious bodily injury or death (as opposed to just deaths).

Meanwhile, the White House this past May rolled out its Police Data Initiative, which aims to improve data collection and transparency in 21 large police jurisdictions.

"We welcome efforts like this but, I'm surprised we are not further along with the data collection and reporting," Bennett told CBS.

"Data is critical," she continued. "It's the only thing that's going to present us with the big picture of how our communities are being policed."

And in May, the Justice Department announced a $20 million body-worn camera pilot partnership program. The program is part of President Obama's proposal to spend $75 million over three years to buy 50,000 body cameras across the U.S.

Lynch highlighted the program in her remarks to the Fraternal Order of Police on Monday, telling the officers that the Justice Department "is committed to doing all that we can to ensure that you have the tools and resources you need to perform these difficult jobs as effectively - and as safely - as possible."

Still, there's more lawmakers could do. Multiple body-camera bills are sitting in Congress, waiting for action.

Bennett hailed the bipartisan support for the policy reform but added that "how they're implemented is critical."

"It's great if we have them, but if only [government] entities have access to the footage, then there's no public accountability. We certainly don't want to be surveilled 24 hours a day," she said.

Bennett said the executive order should have a "significant impact" on the policing landscape. Even so, the ACLU would like to see the requirements made retroactive, requiring police departments to meet the new requirements or have their military gear recalled.

As Congress and the administration consider implementing new policies, the Justice Department has been working closely with several police departments around the country to help them improve their policing tactics.

In fact, Lynch was in Pittsburgh on Monday in part to highlight how the city and others like it have partnered with the Justice Department to implement reforms.

"In pilot sites across the country - including right here in Pittsburgh - we are working alongside community leaders to develop plans for progress that are tailored to local needs," she told the Fraternal Order of Police. "Our Civil Rights Division is also working productively with police departments across the country to ensure constitutional policing throughout their jurisdictions."