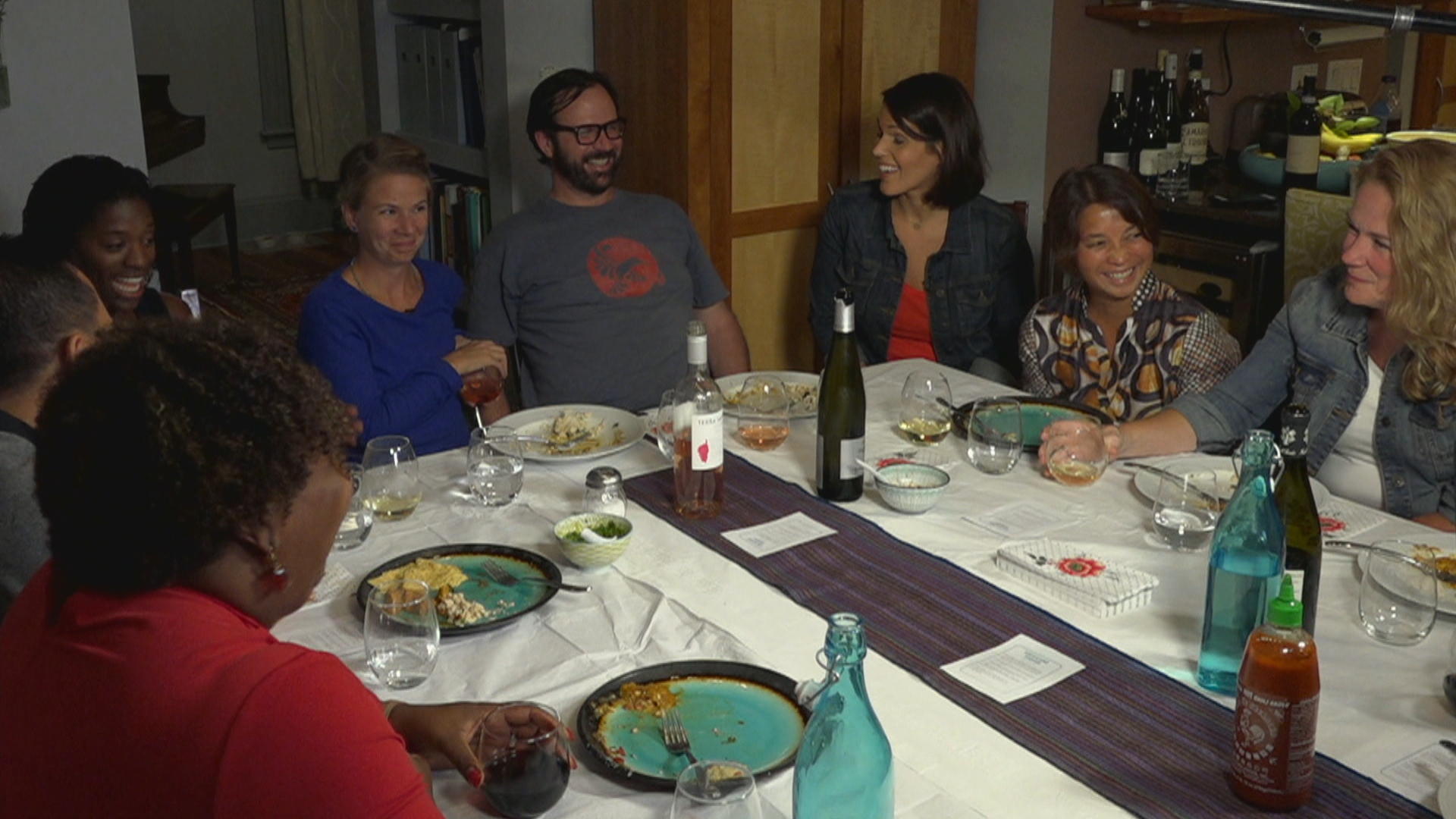 In our ongoing series "A More Perfect Union," we explore how what unites us as Americans is far greater than what divides us. A recent CBS News poll found 68 percent of Americans feel the tone of political debate is getting worse.

For ages, people have been sitting down together to share a meal. It's the perfect gathering space for good – at least that's how three motivated women see it, reports CBS News' Dana Jacobson. They're making a push to bring us back to the table, hoping that "brave space," as they call it, may bring us back to civil discourse as well.

Those who attend The People's Supper make a pledge to listen deeply to one another. Food fosters conversation, and answers emerge organically.

"In my childhood, I never got the experience of being a black American. But all these white people wanted me to be a black American," one woman said during a dinner. Another said, "The only doll that kind of looked like me was an Eskimo doll."

"We wanted people to see each other as people, first and foremost," Emily May said.

May is one of three women who created the People's Supper, along with Lennon Flowers and Jennifer Bailey. Motivated by the post-election divide, the original concept was to bring small diverse groups together for a shared meal.

"Suddenly there was this moment — whether born of having family or friends who voted differently and not knowing how to have that conversation, or actually not knowing anybody with a different kind of political orientation. There was this real desire to hear," Flowers said.

"It's clear to me that our nation is existing at a time where there's a lot of wounded people. And hurt people tend to hurt people," Bailey said.

The dinners started after the inauguration with a goal of 100 dinners in 100 days, but the group has now fostered almost 250 dinners in 57 cities and towns.

"Our goal is to change the expectation of judgment and the instinct that we have to assume the worst in somebody else," Flowers said.

Each meal has a volunteer host who gets guidance for leading the conversation.  The biggest problem so far is finding enough political diversity. More progressives than conservatives are taking part.

"They fear, right, this is a vehicle through which progressives are gonna convince them to change their beliefs," Flowers said.

"First you have to develop a layer of trust with one another to know that this person sitting across from me with cookies on the table ... that person's not gonna attack me," Bailey said.

It's something CBS News saw firsthand.

Shana responded, "I mean, that makes me happy that—that was shattered. At least, part of it. I mean, I am a white cop."

The People's Supper continues to grow.

The organizers told CBS News they've heard from people in almost 400 cities who want to sit down for a meal. The goal now is to simply keep the conversation going.