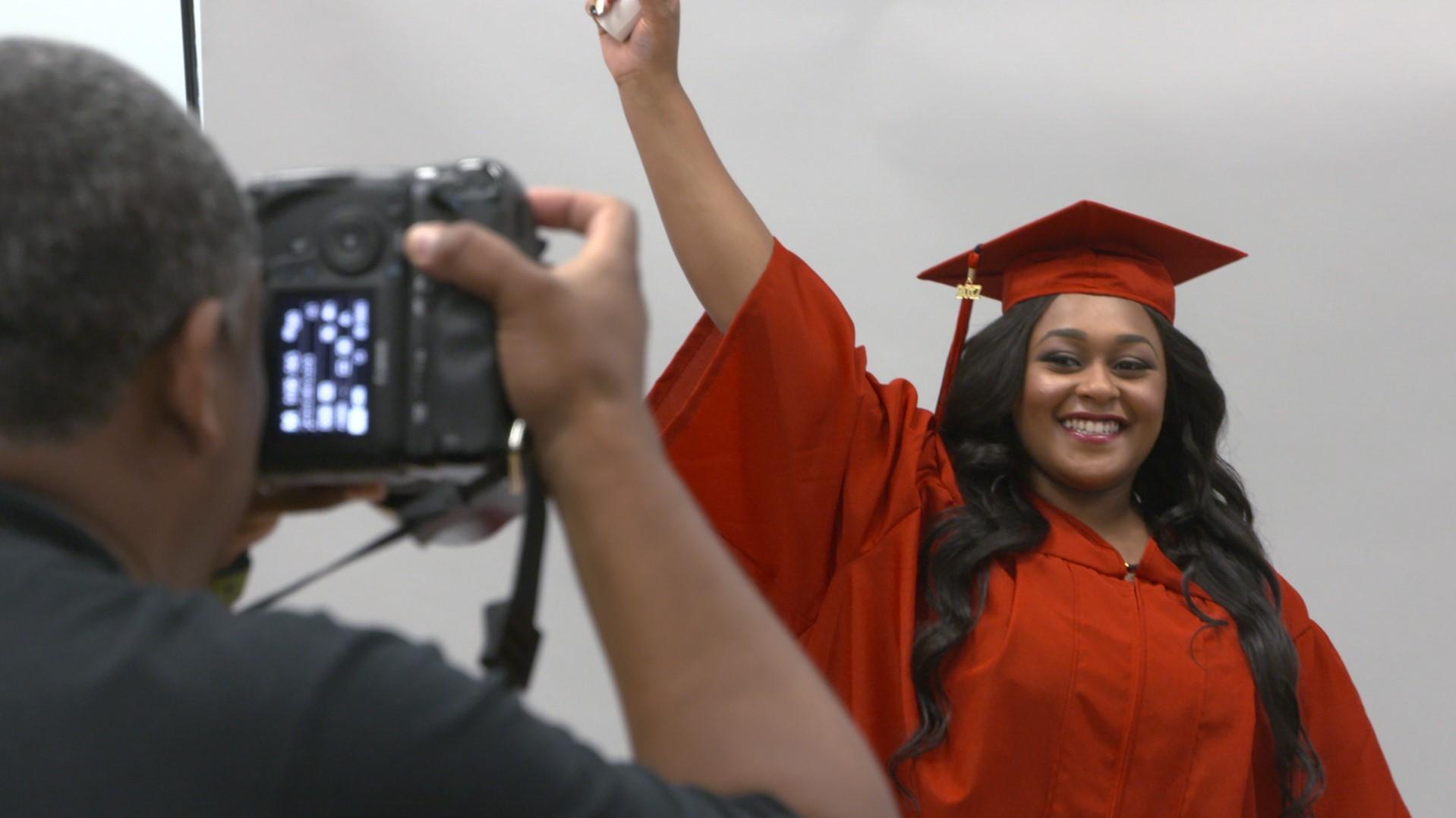 In our ongoing series A More Perfect Union, we show how what unites us as Americans is far greater than what divides us. Today we look at the value of a picture that preserves a rite of passage forever and what happens when a family can't afford that priceless memento.

Around 3.5 million students will graduate from high school this year, and many will spend a lot of money for a professional photo to mark the big day.

Those four years of high school often come down to a single cap and gown photo for the ages, but the price of those photos puts them out of reach for many families, reports CBS News' Tony Dokoupil.

One Philadelphia photographer has decided to lend a camera to the cause.

D'naya Hinton's senior year in high school hasn't included many moments of pampering. In fact, most of what's happened recently the 18-year-old would rather forget.

Dokoupil asked, "All right, so family trouble? Car gets stolen? Money's gone? No vacation? Rain on prom day, and you're telling me it gets worse?"

"It does because, you know, when you look back and you look at your year you just think, like, wow. Like, what memories can you really say, they were really good?" Hinton said.

Among the memories she expected to do without: those pricey, professional graduation photos.

But photographer Richard Wah had other ideas for D'naya and all the graduating seniors of Philadelphia in a similar position.

Back in 1991 his family couldn't afford graduation photos either, a fact he remembered recently when he saw a young graduate with his head down on a bus.

"What really struck me was he was all by himself," Wah said.

Wah saw part of himself in that young graduate.

"The helplessness. I saw no one backing him or supporting him."

What Wah decided to do was organize the photo day he never had, complete with makeup, hair and wardrobe.

Typically, a day like this would cost people hundreds of dollars, but Wah and his friends recently opened their doors for free.

"I want them to have the experience. I want them to know what it feels like to feel special; to have your hair done, your makeup done, to feel like a king or queen for a day. A sense of accomplishment, like this is all-- you've done this. We're behind you," Wah explained.

"I feel amazing. This is a crazy, crazy blessing for our family," Powell said.

"And it's a good picture. I was actually, like, oh, that's me," Willams said.

And after a year in which so much else felt out of focus, Hinton and her mother Kelly finally got a memory they want to keep.

Hinton says she plans to pick up at least two more graduation photos someday, one for college and graduate school.

Wah snapped dozens of free portraits that day, including his own – 26 years after the fact.