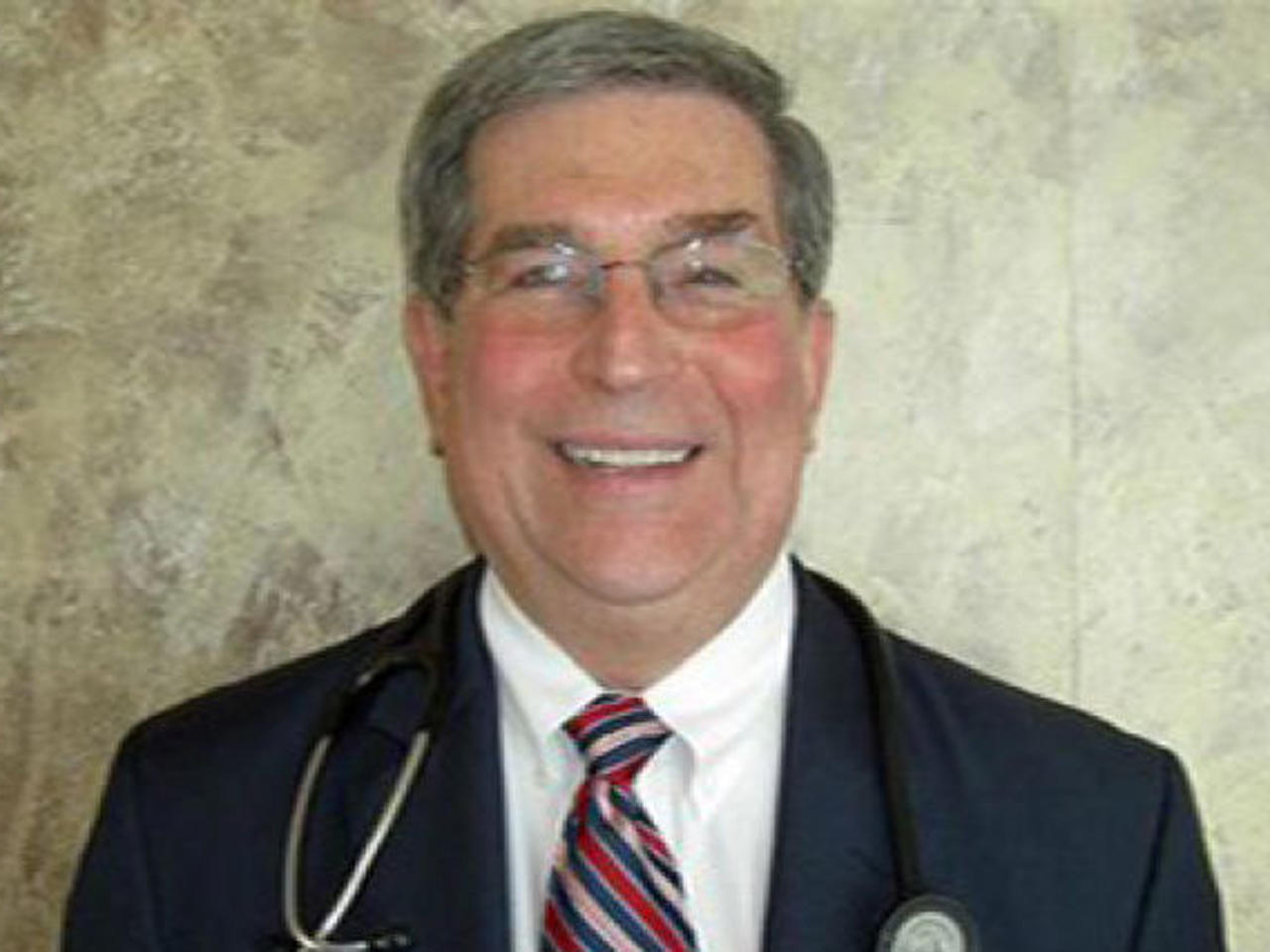 Alec Sirken is a “48 Hours” producer. He investigated the murder of Dr. Steven Schwartz for the episode, “The Strange Life Of Dr. Schwartz,” which aired Saturday on CBS. Watch the full episode online.

F. Scott Fitzgerald wrote that “there are no second acts in American lives.” But the story of Dr. Steven Schwartz and his friend from youth, Phillip Dyer, brings a very different interpretation to that idea.

Schwartz and Dyer participated in a murder in 1961 in Hobbs, New Mexico, for which they both served prison time. Schwartz served nine years and Dyer only one.  And both went on to live exemplary lives focused on serving others, making up for a terrible youthful act.

Schwartz became a distinguished doctor, a kidney specialist, in the Tampa, Florida area for many decades, a wealthy man worth as much as $30 million from real estate holdings as well as his medical practice.  Dyer is now an adjunct professor of Criminal Justice at Youngstown State University in Ohio, and worked for over 40 years in various inmate corrections programs around the country.  He is an ordained Baptist minister.

And in a great tragic irony, Schwartz, the murderer, was himself murdered in 2014, which was the subject of Saturday night’s “48 Hours.”

To think that these two men who had such distinguished lives and careers could have had a part in committing a murder 55 years ago is hard to fathom. But it happened.

That autumn of 196,1 Steven Schwartz was a tall, handsome young man from New York, the son of a doctor. Schwartz was known to be a big talker—he was called behind his back “the loud-mouth New Yorker” by his more restrained New Mexico pals. But he was likeable and friendly.

Dyer, a former high school football star who was working at the time, was an acquaintance of  Schwartz and was a good friend of one of Schwartz’s other pals.

Dyer recalls that Schwartz was going through a tough period in his young life.  Though he was pre-med at the University of New Mexico, he had dropped out of school and wanted to leave the state, but had no money.  Dyer also recalls Schwartz was reputed to be a gambler, and may have owed some gambling debts at the time.

“I liked Steven. I really did,”Dyer says.  “I mean-- he was intelligent. He was bright. He was sharp. He just had this kind of dark side to him that-- that was there at that moment.”

The dark side became very evident when Schwartz told Dyer that he had hit on a solution to his money problems—to get money that would allow him to pay off the gambling debts and to move from New Mexico.  The solution was to commit a robbery of a local dentist, Dr. Victor Cook, who was known to carry large sums of cash on him.

“In those days you just paid the dentist in cash,” said his former patient James Cecil, still a thriving auctioneer in Hobbs.  “Dr. Cook would take the money and put it in his pocket. And he’d go to the bank at the end of the week.”

In the small town of Hobbs, a lot of people knew his habit, including Steven Schwartz.

What Schwartz needed to commit the robbery was transportation to and from Dr. Cook’s office. And he heard Dyer had access to a car.

In fact, Dyer’s close friend had a car, and Schwartz talked him into borrowing it, though Dyer says he was reluctant.

“I didn’t think he was really going to go through with it,” he says. “Until he pulled out the gun.”

It was a small .25 caliber automatic, that Schwartz had somehow gotten, though Dyer doesn’t know exactly how.

As Dyer drove Schwartz to the office he got cold feet about his own participation.

And Dyer walked away from the car, leaving it parked two blocks from the office.

Schwartz proceeded with his plan, and according to the Hobbs Daily News Sun report in November 1961, Schwartz went into Dr. Cook’s office, saw that no one else was around, and found Dr. Cook at his laboratory work bench, with his back to him.

With the small gun in hand Schwartz said he “grabbed Dr. Cook by his shoulder, spun him around and said, ‘give me your money,’”  the newspaper reported.

Dr. Cook shoved him back and said, “Put your gun away and go home.”

According to the newspaper account:  Schwartz said they argued and he became frightened and insisted again that the doctor turn over his money.

“I need it because I’m broke,” Schwartz  said he told Dr. Cook, in a statement to police.

Cook insisted he didn’t have any money and they continued to argue.Schwartz then said he told Dr. Cook to turn around.  The dentist refused and said, “I want to watch you shoot me.”

Schwartz replied, “I don’t want to shoot you, I just want your money.”

Schwartz said he looked away momentarily, and in that split second, Dr. Cook grabbed his wrist.  That’s when the gun went off and Schwartz saw blood and the dentist’s body fell on top of him.

Schwartz took $463 from his billfold.

Dyer says he next encountered Schwartz as he drove up to him in the borrowed car, after leaving the dentist’s office.

“So I run and get in the car,” Dyer says, “and when I look inside-- get a look at his face.  And I look at him, and his eyes are just bloodshot. And what he described to me-- he said, ‘I shot the man between the eyes.’”

Dyer knew things had gotten out of control by that point.

“That changed my whole life, right there in that point in time,”  he says.

But it was not necessarily a change for the worse.  In the long run, what happened that terrible day in 1961 may have set both men on a path to a more righteous life.  Dyer says he was somewhat aimless at the time, and Schwartz was clearly in a bad place in his life.

Schwartz spent nine years in prison for his crime, and Dyer was charged as an accessory and did one year’s time.  That time in prison gave him time to think and assess his young life.

“And I constantly felt like I had to make up for the wrong that I had done because I know that it hurt a great many people,”Dyer says today.

He went on to college, getting a bachelor’s degree in sociology at Texas Tech University, and later a Master’s degree in criminology from Youngstown State.   He was married twice, the second time, to a woman he describes as “my beautiful wife Kathy who has taught me to be a much better man,”and he has two daughters, two grandchildren and five great-grandchildren.

Both Dyer and Schwartz eventually received pardons from the governor of New Mexico.  After his prison term, Schwartz went onto college and then medical school in Torino, Italy, before returning to the U.S. and settling in Tampa.  By the account of his patients and colleagues, he was a highly skilled, admirable physician, who lived the 50 years after his terrible crime to serve others.

“He was dedicated to medicine like no physician I’ve ever known. He was just a wonderful guy who would do anything for anyone,” says his longtime medical colleague Dr. Robert Patton.

His son Carter, now in medical school following in his father’s footsteps, says today, “I just hope that I can carry on my father’s legacy and that I can do some good for the world just like he did.”

There is no excusing the crime Schwartz committed as a young man, and perhaps no one alive can explain the desperation in his own mind that drove a young man from a good family to do it, but there is also no question that Steven Schwartz redeemed his past the rest of his life.

He will be long remembered for his good deeds, not the bad one. So clearly, Mr. Fizgerald, Dr. Schwartz did have a long and fruitful second act, until the final strange curtain came down.