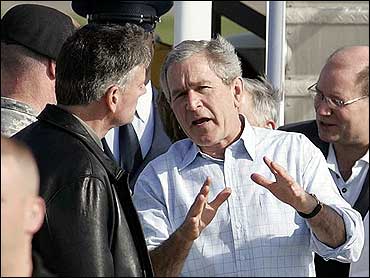 For just the third time in baseball history, a team swept the World Series in consecutive years. By beating the Atlanta Braves 4-1 Wednesday night, these Yankees, who swept San Diego last year, joined the Murderers' Row Yankees that swept Pittsburgh in 1927 and St. Louis in 1928, and DiMaggio's Yankees, which swept the Chicago Cubs in 1938 and Cincinnati in 1939.

"There were times when it sounded like a mixture of Verdun, St. Mihiel, Ypres and the Somme as the `slammerese twins' rolled their heavy artillery into position and once more opened up the big blast," Grantland Rice wrote in the New York Herald Tribune after Ruth homered three times and Gehrig once in a 7-3 victory that capped the '28 Series.

"Babe and Lou stalked through this series like the Four Horsemen of the Sock Eclipse Dyanmite, Demolition, Destruction and Death. And that spins out only part of the story. In addition, they were a pounding pestilence, a mauling misery, a clouting contagion, a black plague of mighty wallops that continued to clear out the right-field wall and threaten the lives and homes of those benighted denizens who lived in gunfire range."

"Well, the cripples came through," Ruth wrote in a first-person account in the St. Louis Post-Dispatch. "And whatever may be said about our playing or our pitching or our hitting, there's one thing I don't think anyone can deny. They can't say we didn't have courage. I never expected to win this series in four straight games."

New York trailed 4-2 in the ninth but tied the score, then won it with a three-run 10th. DiMaggio hit a go-ahead single to right, with Frank Crosetti scoring, and Keller slid home for a 6-4 lead as the ball got away from catcher Ernie Lombardi.

Lombardi fell as Keller crossed the plate and no one went after the ball, and DiMaggio wound up coming all the way around on what the Herald Tribune called a `home-run' single.

"Signor Schnozzola is sleeping beauty of a strange spectacle," said a headline in the New York JournalAmerican.

Much was made how manager Joe McCarthy matched Miller Huggins' feat of leading teams to consecutive sweeps. After the win, McCarthy led the team in the clubhouse singing "East Side, West Side," and "Roll Out the Barrel."

"No other manager, no other team has equaled that record in baseball's first 100 years," Bill Corum wrote in the Journal-American. "None will in its second 100. The way it looks now, the Yankees' complete dominance of the baseball world is not for a month and not for a year, but for always."