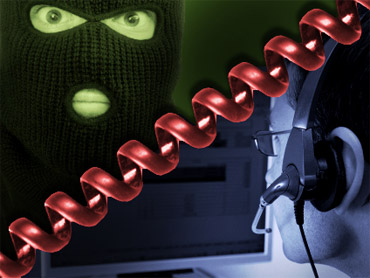 (CBS/iStockphoto)
WAYNESVILLE, N.C. (CBS/AP) Lock me up! That is what a North Carolina man insisted police do after he walked into a bank while on the phone with a 911 operator to report that he planned to commit a robbery.

The man told the operator he wasn't armed and had a robbery note. The Asheville Citizen-Times reports the man insisted on being arrested after an officer walked in behind him Wednesday at the Wachovia bank branch.

Detective Ryan Singleton says the man had recently quit his job as a sandwich maker and given his possessions to a roommate before going to the bank.

A police report said 52-year-old Terrence Joseph Germani was charged with felony attempted common law robbery and was in the Haywood County jail under $15,000 bond. It wasn't immediately clear if he had an attorney.