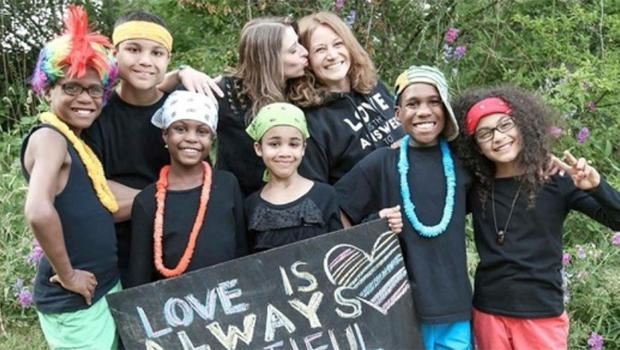 PORTLAND, Ore. - Hours before the bodies of three Washington state siblings and their parents were discovered at the bottom of a coastal California cliff, a Child Protective Services investigator called 911 to report "concerns that the children aren't being fed," reports CBS affiliate KOIN. Three Hart children remain missing.

KOIN obtained the 911 recording, in which the Washington state CPS investigator requested that a deputy go out to the Hart family's home in southwest Washington. She had been to their home on March 23rd and March 26th, but no one answered the door.

According to the station, CPS began investigating after a neighbor called the agency saying that Devonte Hart had come to their home begging for food.

Hours after the 911 call on March 26, a German tourist spotted the Hart family's car upside down at the bottom of a 75-foot cliff along the California coast. Sarah and Jennifer Hart were found dead at the crash scene along with three of their children, 19-year-old Markis, 14-year-old Jeremiah and 14-year-old Abigail.  Three other children, 15-year-old Devonte, 16-year-old Hannah and 12-year-old Sierra, remain missing.

An autopsy is being performed Tuesday to determine the identity of a sixth body found in the water near the site of the crash.

A preliminary investigation has determined the crash was an intentional act, and not the result of an  accident, according to a spokesperson for the California Highway Patrol.

According to KOIN reports, the Harts had a history of child welfare issues.

Sarah and Jennifer Hart adopted their six children from Texas and enrolled them in school in Alexandria, Minnesota. In 2010, Sarah Hart was interviewed by authorities and charged with misdemeanor child assault and malicious punishment of a child, after her 6-year-old told kindergarten teachers of abuse. She pleaded guilty to two counts of domestic violence in 2011.

That same year, the couple pulled the children out of school to begin homeschooling.

In 2013, Oregon police made a referral to state Child Protective Services while the family was living in the West Linn area, but the CPS records related to the case are not available to the public, according to KOIN. A former friend told The Associated Press last week that she told Oregon child welfare officials in 2013 that Jennifer and Sarah Hart had been depriving the kids of food as punishment. In a statement, Alexandra Argyropoulos said she "witnessed what I felt to be controlling emotional abuse and cruel punishment" toward the six children.

She said she was told there was nothing more the Oregon Department of Human Services could do because there was not enough evidence to make a case.

The family moved to Woodland, Washington in mid-2017, where they were living when the neighbor last month reported concerns the children were asking for food.

The neighbor, Dana DeKalb, said Devonte Hart asked her to leave food in a box by the fence for him.

Devonte, who is still missing, drew national attention after he was photographed in tears while hugging a police officer during a 2014 protest.