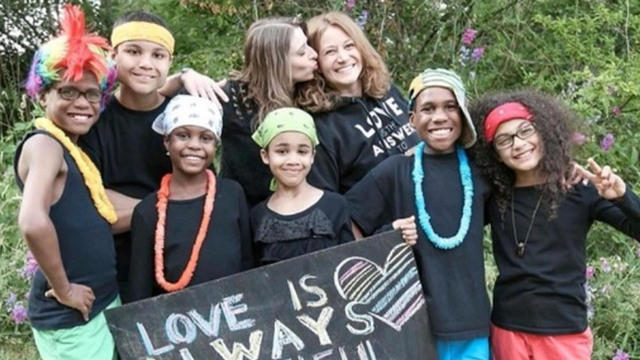 SAN FRANCISCO -- California Highway Patrol officials say preliminary evidence shows the cliff crash that killed a Washington state family may have been intentional. Capt. Greg Baarts with the CHP Northern Division says information pulled from the SUV's software shows the vehicle was stopped at the highway pullout before it accelerated straight off the cliff.

Baarts says the electronic information combined with the lack of skid marks led officials to believe it was intentional.

A Mendocino County Sheriff's Office spokesman says authorities believe at least one felony was committed but declined to specify.

Baarts told the media Sunday night that the vehicle had a reading of 90 mph, but that doesn't mean the SUV was traveling at the speed and a comprehensive investigation is still ongoing.

Authorities said they believe there is intent because of air bag evidence and because there was no tire friction by the cliff's edge, CBS affiliate KOIN-TV reports.

Sarah and Jennifer Hart and three of their adopted children -- 19-year-old Markis, 14-year-old Jeremiah and 14-year-old Abigail -- were confirmed dead Wednesday by Mendocino County authorities, KOIN-TV writes. Three other children -- 15-year-old Devonte, 16-year-old Hannah and 12-year-old Sierra -- are missing. But Sheriff Tom Allman said there is "every indication" all six children were inside the SUV at the time.

Five members of the Hart family were found dead. Searchers are looking for three more children believed to have been in the vehicle when it went over a scenic coastal overlook and landed on rocks in the Pacific Ocean below.

Some family friends describe the Harts as tight-knit and loving, but neighbors said they saw signs that caused them to worry about how the homeschooled children were being cared for.

One of the children, Devonte Hart, gained national attention in 2014 when he was photographed with tears in his eyes hugging a Portland police officer at a protest.

KOIN-TV reports that authorities say no suicide note was found during an executed search warrant at their Woodland, Washington, home.

Authorities said they are also trying to figure out why the Hart family was in California.

Well before the wreck, Sarah Hart pleaded guilty in 2011 to a domestic assault charge in Douglas County, Minnesota, telling authorities "she let her anger get out of control" while spanking her 6-year-old adoptive daughter, court records show.

Two weeks ago, Bruce and Dana DeKalb, next-door neighbors of the Harts, called state child protective services because Devonte, now 15, had been coming over to their house almost every day for a week, asking for food.

Dana DeKalb said Devonte told her his parents were "punishing them by withholding food." The boy asked her to leave food in a box by the fence for him, she said.

Social service authorities opened an investigation, and a state caseworker went to the house last Friday but didn't find anyone home, state officials said. The agency had no prior history with the family, said Norah West, a spokeswoman with the Department of Social and Health Services.

On Thursday, authorities in Washington state combed through the family's home for information. The Clark County Sheriff's Office said deputies were looking for bills, receipts or anything else to shed light on why the family left and other circumstances related to the trip, KGW-TV reported.

"To the best of my knowledge, there was not a suicide note found at the residence," Baarts said.

Family friend Max Ribner took issue with the notion it was something other than a tragic accident. The couple adopted the six children, many of whom came from "hard backgrounds," he said. "They transformed these kids' lives."

"This is a tragic accident of a magnitude that cannot be measured," said Zippy Lomax, a photographer who knew the Harts. "They were really radiant, warm, adventurous, inspiring people. They were always on some grand adventure, and the kids were living this life that was kind of like this dream."