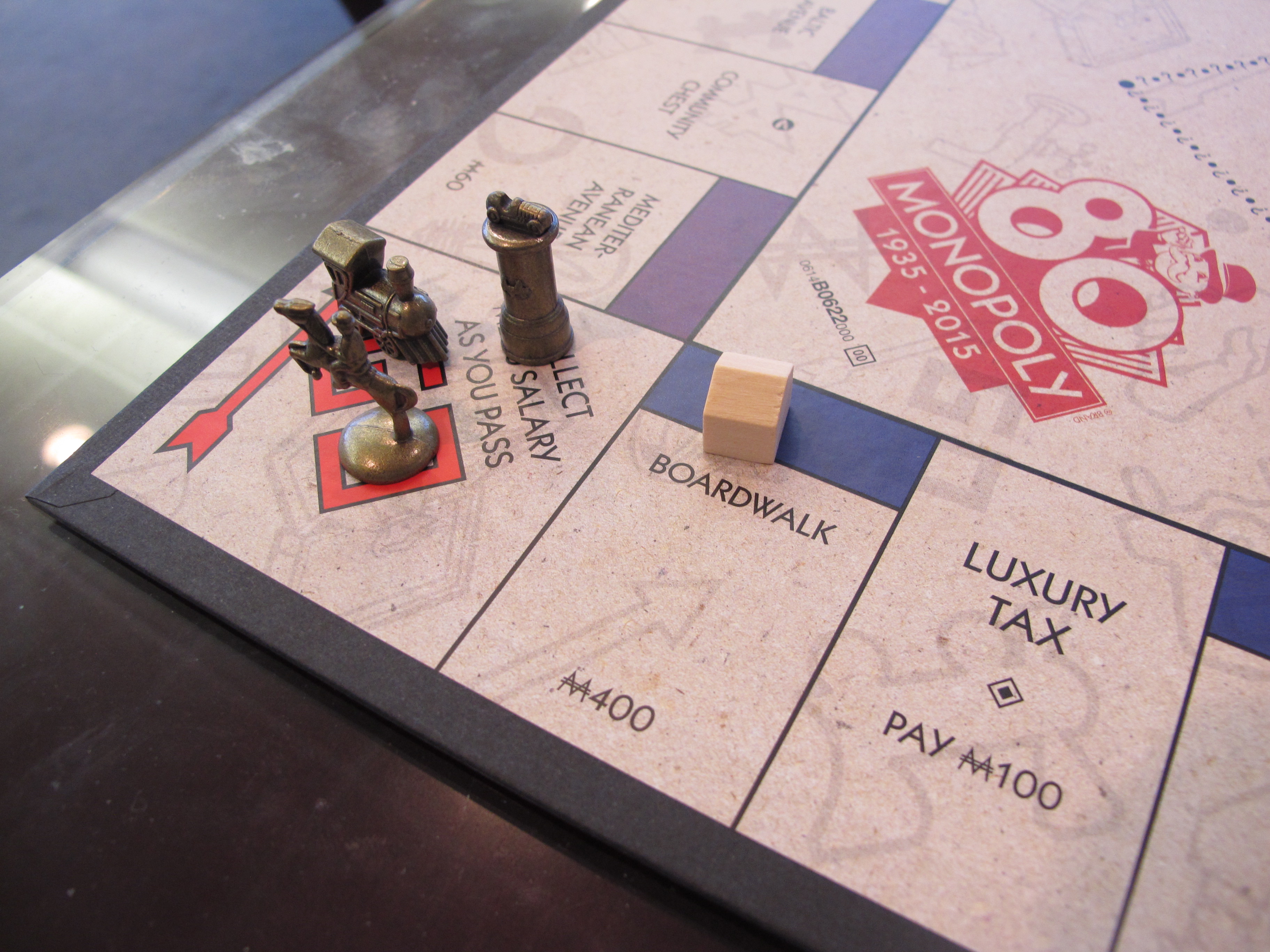 Based on the real-life streets of Atlantic City, Monopoly is one of the world's most popular board games.

The greed-driven game, in which competitors try to buy up all the property they can and collect as much cash as possible, has been played by an estimated 1 billion people in 114 countries.

The city's mayor, Don Guardian, says Monopoly remains relevant in present-day Atlantic City, where the casino industry is shrinking, taxes are rising, and the city and state are racing to build new attractions less dependent on gambling to bring in tourists and their money.

"The concepts of capitalism, money, buying up properties, raising the rent, buying out your competition kind of remain today, too," he said. "I couldn't think of a game that's more relevant for Atlantic City than Monopoly."

Monopoly was "born" March 19, 1935, when Parker Brothers acquired the rights to the game from Charles Darrow. Here's how the game might look if its "birthday" were March 19, 2015:

The most expensive spot on today's Monopoly board would be The Borgata, Atlantic City's top casino and a major reason why people come here. Encased in shimmering gold glass that sends dazzling shards of light onto the city streets when the sun hits it just right, the Borgata dwarfs its competitors in the Atlantic City gambling market. It won $687 million from gamblers last year, more than twice as much as its closest competitor and next-door neighbor, Harrah's, which would make a nice adjacent space on the present-day board's high-rent district. The Golden Nugget, which has drastically improved its financial performance of late, could also be located nearby, as it is also in the city's Marina District.

The first wooden walkway of its kind in the world, Atlantic City's Boardwalk remains a tourism icon. It has nine casinos on it -- but after a brutal 2014 that saw four of them go out of business, only five are still operating. That knocks Boardwalk down a peg or two on the new board. But it's still a magical place where you can find everything from cotton candy and funnel cakes to gourmet meals, with the smell of the ocean and the screech of the seagulls surrounding you.

The Walk, Atlantic City's outlet shopping and dining district, has succeeded in giving non-gamblers a reason to visit. Clothing stores, shoe shops and eateries stretch for blocks in the city center, and a new Bass Pro Shops outlet is opening soon.

Bader Field used to be an airport (and indeed was the first facility in the world to be called an "airport.") But it shut down in 2006, and aside from an occasional concert (Metallica took it over for two nights in 2013, and Phish for three nights in 2012), it sits empty, as does a minor league baseball stadium next door that used to host the Atlantic City Surf. Maryland Avenue, which was home to a violent street gang responsible for numerous shootings and large-scale drug dealing until a major police raid, would belong on the lowest-priced end of the board. Stretches of Pacific Avenue are pocked with run-down buildings and streetwalkers, so it would probably be knocked from its spot on the highest-priced quarter of the board.

Here are some twist-of-fate cards you might get in present-day Atlantic City:

Historically, no square on the board was better suited to Atlantic City than this one. Political corruption flourished here from Nucky Johnson, the Prohibition-era political and rackets boss immortalized in the hit HBO series "Boardwalk Empire," to a series of lower-profile felons. As recently as 2007, four of the city's last eight mayors had been busted on corruption charges, and a third of the nine-member City Council was in prison or under house arrest. The cast of characters included a mayor who admitted taking a bribe from a federal agent posing as a mob-connected representative of a janitorial supply company, and a City Council president who -- while waiting to report to prison on a bribery conviction -- orchestrated a sex sting to lure a political rival to a motel tryst with a prostitute, secretly videotaped it and sent copies to the media.