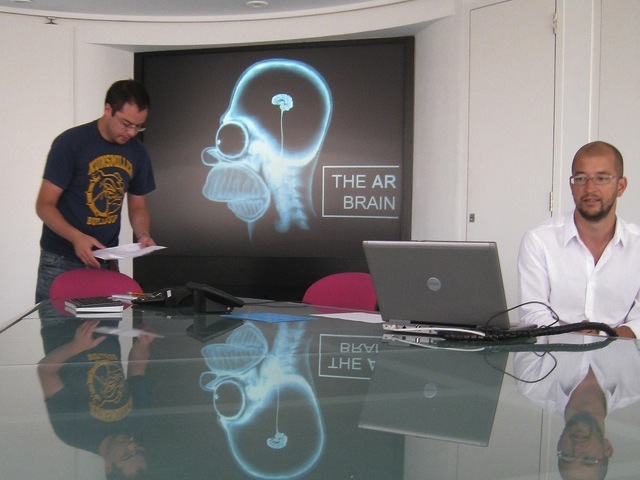 COMMENTARY I was just reading about how Barack Obama and George W. Bush are the most polarizing presidents of the past 50 years, meaning they had the largest gap in approval ratings between democrats and republicans.

Some think there's a chicken and egg aspect to the question of which came first, our divisive leaders or our divided nation, but I think it's entirely a function of leadership. If Obama and Bush were effective leaders, the nation wouldn't be so divided.

That's because, by definition, leadership is about somehow getting people with disparate views to coalesce and execute on goals and plans they would never agree to on their own. Clearly, that's not happening in Washington and that's why America's so divided. Makes sense, right?

Now, it's tempting to paint all ineffective leaders with the same brush. You can get away with that in politics. Just label the incumbent a big fat loser, vote the bum out of office and call it a day. But when it comes to the corporate world, that's not entirely practical because, well, it's often hard to tell the losers from the keepers.

For example, I've worked with micromanaging control-freak jerks who were remarkably effective leaders. They united people and accomplished great things. On the flip side, I've known good executives who were well liked but, nevertheless, couldn't get everyone moving in the same direction.

7 signs of a high-performance companyAre you a dysfunctional manager?
7 signs you may be a bad manager

While companies may not have political parties to deal with, polarizing leadership and divisive management are real and entirely common issues that destroy organizational effectiveness and ultimately lead to operating failure in companies big and small.

Since we can't really solve a problem without identifying it first, here are seven signs of a dysfunctional company with polarizing leadership:

Ivory tower effect. When self-important executives make decisions in a vacuum or otherwise barricade themselves in their expansive corner offices, that creates a nasty cultural divide between management and employees. On the contrary, I knew one executive VP who insisted on sitting in a cubicle with his people. Good man.

Warring factions. You hear it all the time: "There's a natural tension between sales and marketing"; or "Come on, everybody hates HR," like it's an inevitable feud between warring factions. That's bologna. There's nothing natural or inevitable about it. It's dysfunctional, it's divisive and it fosters rivalry instead of alignment.

Strategy du jour. When dysfunctional executives consistently overreact to a single data point and take the entire organization in a new direction. Often the result of hallway or ad-hoc meetings in obscure places and making decisions in the absence of those who are actually responsible for that sort of thing.

Analysis paralysis. When executives, especially from warring factions, chronically debate issues to death, going down one rat hole or knock-down, drag-out fight after another without actually making decisions because there's no clear leadership to drive consensus.

Walk on water behavior. When leaders either consciously or subconsciously hoist certain groups up on pedestals while denigrating others. Besides being divisive, that also creates "walk on water" behavior where exalted groups aren't subject to standard processes like budgeting, for example.

Silo mentality. When teams, departments or entire divisions act as if they're independent from the rest of the company, usually in a defensive "it's us against them" sort of way when fighting for resources. Often the result of being denigrated by a dysfunctional and divisive CEO. A.k.a. "bunker mentality."

Sacred cow. A pet project -- usually owned by a founder -- that's immune to criticism and the company's standard processes. In other words, it continues to be funded long after it shouldn't. Also leads to passive aggressive behavior where the exec in charge agrees to kill it but never actually does.

If you've experienced dysfunctional, polarizing leadership, share your story in the comments. You'll feel better if you do. Really.

Do you have to sign termination papers?
Steve Tobak