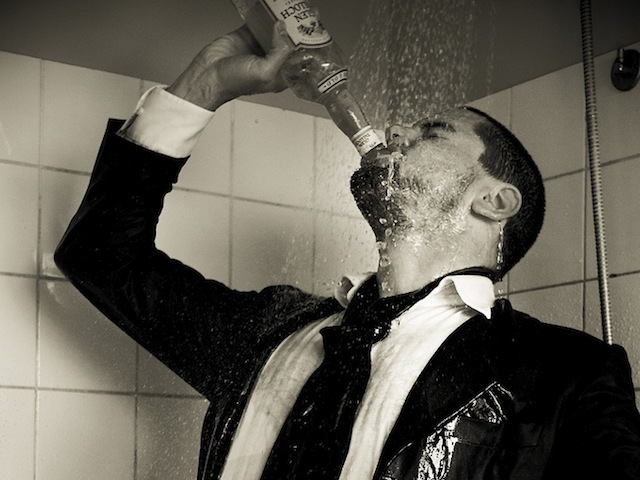 (MoneyWatch) COMMENTARY I'm going to go out on a limb here and say the word "dysfunctional" probably describes more people than the word "normal" does. When it comes to CEOs and executives, it's almost certainly true.

You see, leadership dysfunction is far more common than you might think. Not only that, but it's not necessarily a bad thing. Here's a story that I guarantee will get you thinking.

The scene is a psychologist's office in Long Beach, Calif., circa 1990. The "couple's therapy" had turned into a "one-on-one" two sessions ago.

"If I'm so compulsive and dysfunctional," I said, "Then why hasn't it affected my career?"

"Are you kidding?" the shrink laughed, "It's practically a prerequisite for corporate executives!"

Yes, that really did happen. Looking back on it, being dysfunctional actually did affect my career in many ways, both good and bad. Exploring its nature, however, has been all good. And therein lies an opportunity for professional growth that few take advantage of, probably because delusional people all think of themselves as normal. It's ironic, I know.

10 signs you're in denial
Bad CEOs don't get dumped, they get recycled7 signs of a dysfunctional company

Over the years before and since that fateful day, I've worked with loads of top executives -- CEOs mostly -- that I would describe as more dysfunctional than not. And what I've come to understand of their nature is this: Their "issues" -- for lack of a better term -- helped them in some ways and hindered them in others.

To be more specific, I think it helped them achieve initial success, eventually tripped them up and ultimately proved a barrier to reaching their full potential. That's what makes identification so important. To that end and with all due humility, I give you a composite of all those wacky and colorful executives: 7 signs of a dysfunctional boss.

The game has rules, but the rules keep changing. It's a relatively common but insidious game I call "chaos and control." If they sense you becoming disloyal, too comfortable, or too powerful, they'll want to knock you off the pedestal they've put you on. By bringing you down, it boosts their position relative to yours. One day you're the golden boy, a trusted advisor who can do no wrong. The next day you're a bumbling idiot.

Major focus on minutiae. One Fortune 500 CEO was obsessed with my clothes and appearance. He wasn't alone in that peculiarity; it's a sign of a controlling person. And whatever details get their maniacal attention, whatever the object of their obsessive compulsion, it's really just a way to distract their brains from facing their own sadness, fear or depression. That's why it's often triggered by stress and bad news.

A "man of the people." I just saw "The Last King of Scotland" about Uganda's former President Idi Amin last week and nearly fell off my chair at how common that particular mantra is among dysfunctional leaders. In reality, they thrive on attention and adoration from the masses to feed their deep-seated insecurity but are rarely capable of any true emotional connection with others.

Hypersensitive and vindictive when rejected. Everything's about them -- you're just a tiny little asteroid revolving around their planet-sized ego. Anything you do that they perceive as rejection, even if you're just not letting them be the center of attention, is a personal affront. There will be repercussions. Some are direct, bullying or verbally abusive; others are more subtle, underhanded or passive-aggressive.

Failure is not an option. They're always pointing fingers, making excuses, and blaming others because they can never really be wrong in their own eyes. They will say they're not perfect, that they make mistakes, but you'll never get them to admit to one in real time. To do so would potentially fracture that fragile facade of being special and Godlike. Deep inside, they're really frightened children, which is why the pretense is so critical to maintain.

Loves distraction, hates surprises. They revel in the tiniest distraction. They can be entertained or even entertain themselves with surprisingly silly diversions. Anything to take them away from the depressing reality of boring, mundane, day-to-day life that mere mortals must endure. But surprise them with serious news, especially bad news in front of others, and you're in big, big trouble.

Sees conspiracy everywhere. Since the world revolves around them, they see conspiracy in coincidence and deep meaning in incidental remarks. That's why they so often overreact or even panic over what appears to be nothing. Little things become life-threatening. Why? Even though it's stressful for them, it also affirms their self-importance and makes them feel big. Grandiosity is often a response to depression.

Now, before you start playing amateur shrink, running around diagnosing CEOs with serious personality disorders, keep one important thing in mind: The first sentence of the article. And remember that "normal" is a societal mean that defines a behavioral bell curve. Since nobody's dead-center in the middle, that means we're all somewhere on the curve. It's a sobering thought, I know.