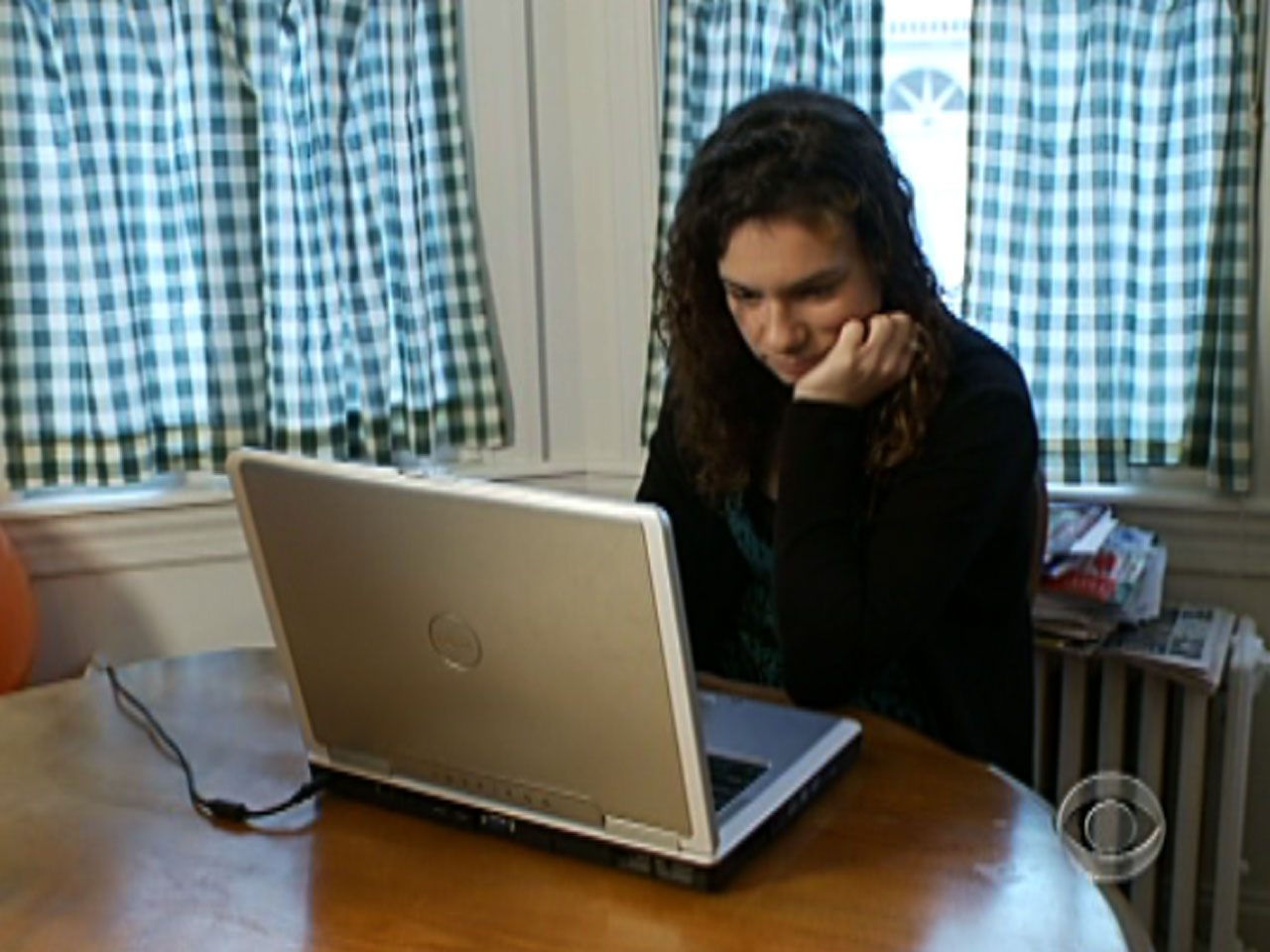 CBS News correspondent Russ Mitchell reports many new college graduates are among the jobless, and can be called "boomerang kids."

When the disco ball lights up at Joe's Crab Shack near Philadelphia, Kim Young joins the rest of the waiters in a dance routine. It's the restaurant's gimmick, but these days, Young doesn't feel much like dancing.

"I honestly thought right away I was going to get something in my field" after graduating college, Young says.

Young graduated from college in 2010. Since then she says she's explored at least 150 job leads in her field - graphic design - with no luck. She works at the restaurant to try to make money - but its only $65 per week.

"It's almost like my soul is being sucked out," Young says.

Young is just one of nearly six million young adults now living at home with a parent for financial reasons. That's up 25 percent since the recession started in 2007.

"They've been helping me out for 23 years," Young says of her parents. "I don't want that. I don't want that anymore. We were both headstrong, fighting all the time and not getting along. But I think they finally realized we no longer have a teenager living here, it's now just one of us."

Her mom, Katherine Young, is also feeling the frustration.

"I'd go out there and network for her if I could or I'd go out with a sign saying: 'My child needs a job in advertising or any field in the arts'. And nothing," Katherine Young says.

For Young's parents, it's been a sacrifice as well. Her mother had to take a night job to help support her daughter. She's worried about the toll looking to start a career is taking on her.

"It's time to put America's youth back to work," says Prof. Andrew Sum from Northeastern University.

Sum says that the growing number of young grads living at home has serious consequences for the overall economy.

"If you don't go out and form new households, then the demand for new homes goes down, so that hurts the construction industry. You also have less spending by these young adults, so as a result the aggregate economy slows down," Sum says.

Young says she really wants to contribute to the economy.