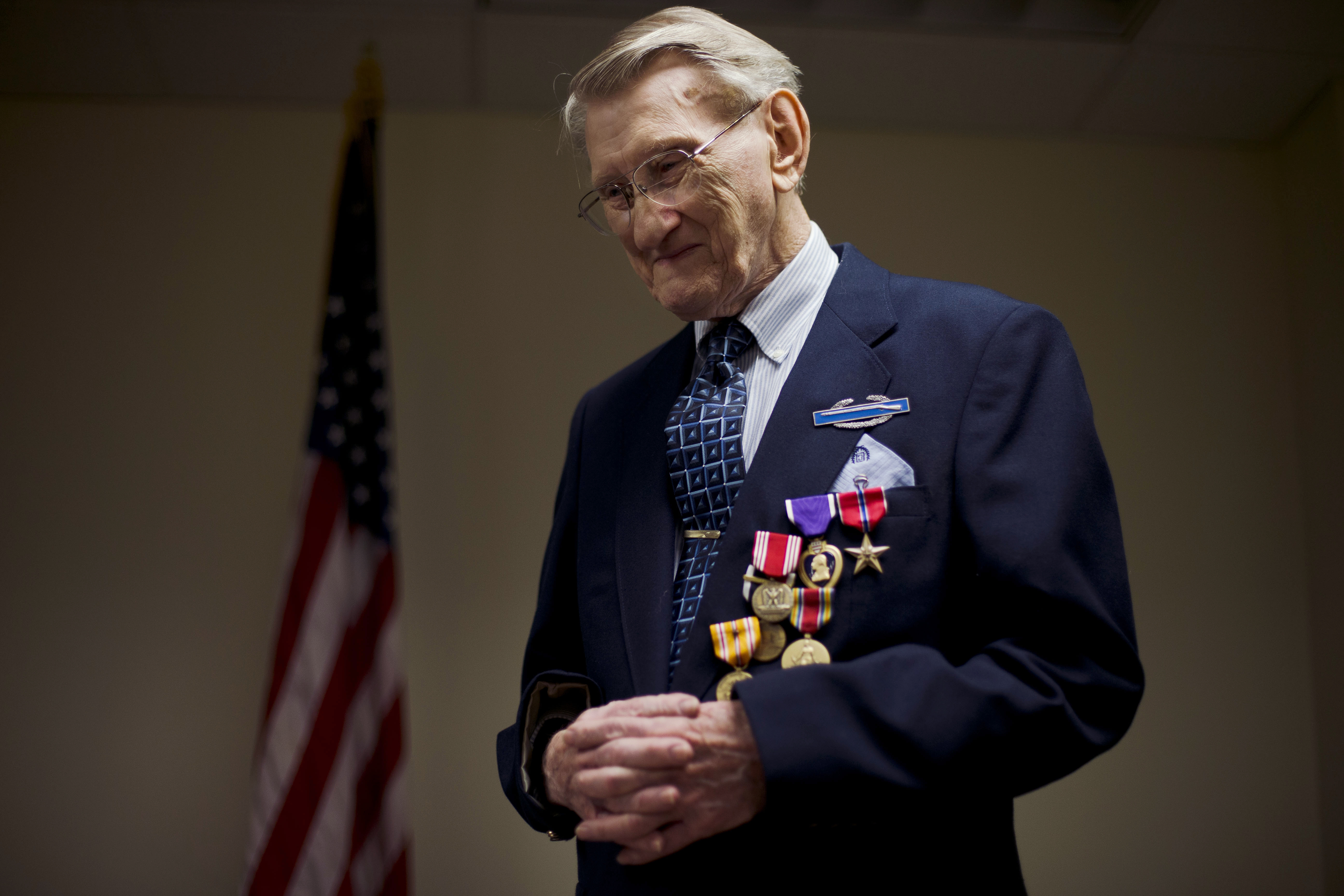 The Bronze Star and Purple Heart were among the nine medals awarded to Montraville "Monty" Lybrand on Friday.

The presentation took place in the Springfield office of Rep. Patrick Meehan, who helped secure the honors. Meehan says many veterans didn't get the recognition they deserved in the rush to come home.

Lybrand left his Philadelphia high school to join the Army in 1944. As an infantryman, he suffered shrapnel wounds to his chest during the 1945 invasion of Okinawa.

After the war, Lybrand got married and began working for the Veterans Administration in Philadelphia as a claims examiner. He retired in 1981.