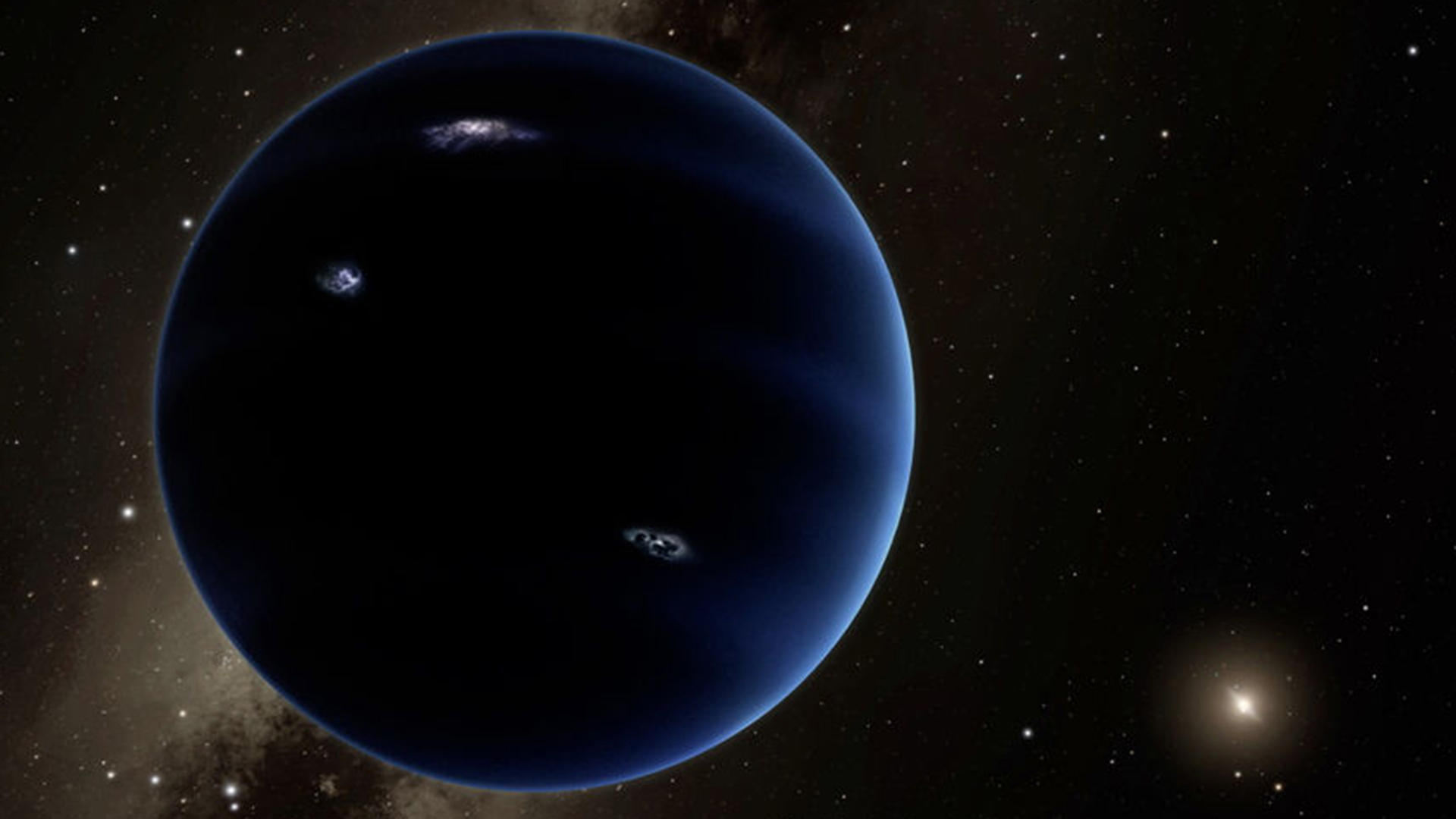 It’s been a decade since Pluto lost its position in the planetary order. But in the frozen region far beyond the demoted dwarf, another body may be lurking, ready to take the designation as the solar system’s ninth planet.

This week on 60 Minutes, correspondent Bill Whitaker reports on the hunt for Planet Nine. Unlike Pluto, the mysterious — and to this point, unconfirmed — Planet Nine isn’t petite. Astronomers estimate that it’s 10-20 times more massive than Earth, which means its planetary status would likely be assured.

But where is it?

“I get that question a lot,” says astronomer Scott Sheppard of the Carnegie Institution for Science in the clip above. “Like, why can’t we see this thing?”

Sheppard first spotted the odd orbits of celestial bodies in the Kuiper belt, a vast realm of frozen debris at the edge of the solar system. The objects look as though they’re being pulled off in one direction, and astronomers have determined that a large planet must be shepherding them together.

But at an estimated distance of 50 billion miles away — 20 times further out from the sun than Neptune is — Planet Nine is difficult to spot.

“These objects are fairly cold, so the only way we can actually see them is reflected sunlight,” Sheppard says. “So the sun’s light has to go all the way from the sun out to the object, reflect off the object, and it comes all the way back to Earth.”

Conditions in space, he explains, dictate that if an object doubles its distance from the sun, it gets 16 times fainter.

“So things get faint very fast out there,” Sheppard says.

But what about the Hubble telescope? Launched in 1990, the instrument has been used to discover galaxies billions of light years away. Why, then, can’t it see an object within our own solar system?

In short, it can. It just has to know where to look.

“If we knew where it was, we can point a telescope at it and we’d see it,” Sheppard says. “The problem is we don’t know where it is.”

That’s because astronomers estimate Planet Nine has an enormous orbit – around 15,000 years to make one revolution around the sun. Extraordinarily distant galaxies, meanwhile, tend to stay put.

“In general, you kind of know where those objects are,” Sheppard says of distant quasars and galaxies. “This object, we have no idea where it is. Or we have a general idea, but it’s still a big area of sky.”