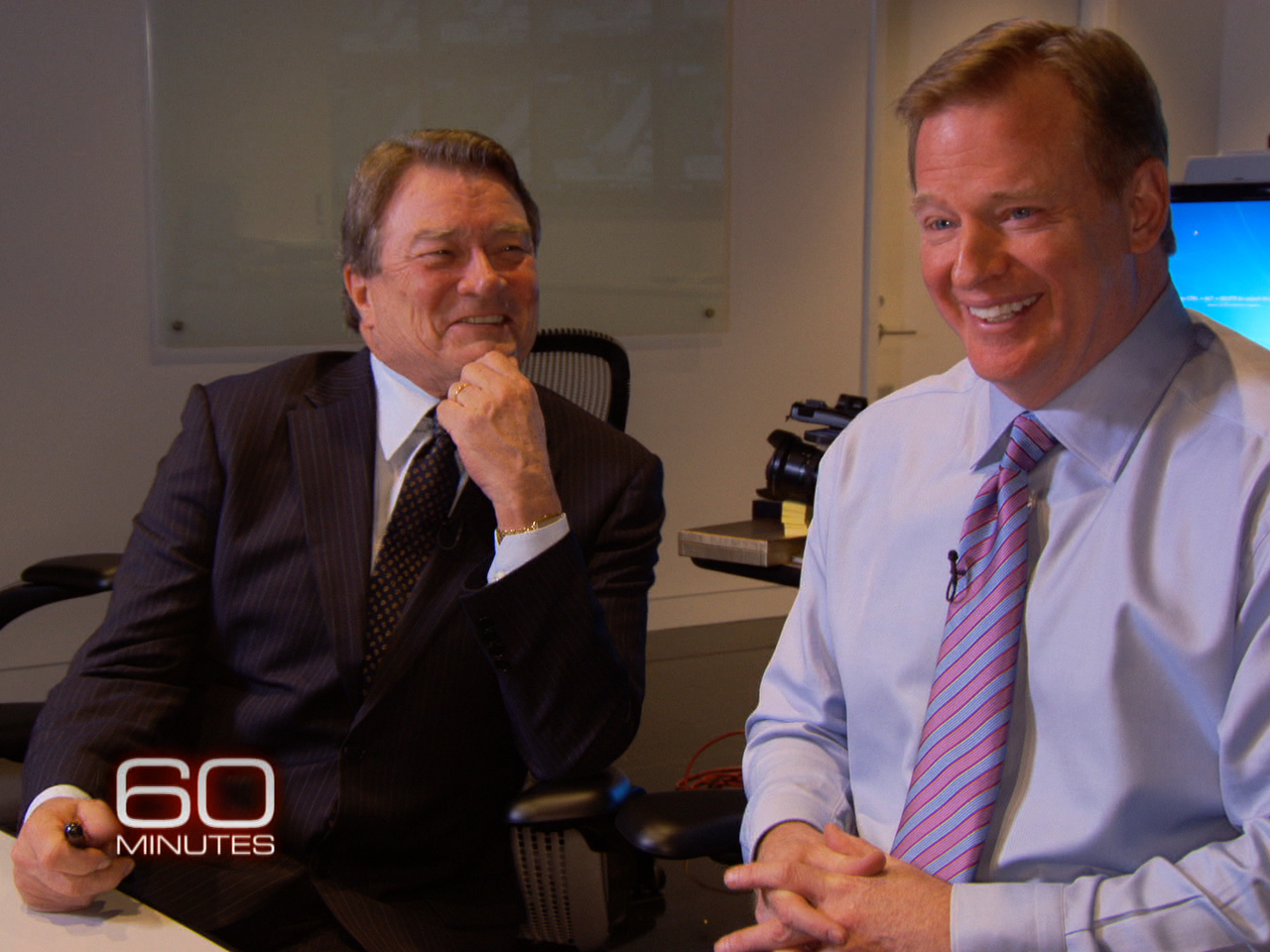 There is no bigger entertainment in America than pro football, a $10 billion juggernaut that continues to grow, even in these lean times. The recession, believes NFL Commissioner Roger Goodell, is actually adding more people to the game's television audiences, which are setting ratings records. Steve Kroft talks to Goodell, a couple of NFL team owners and others for a "60 Minutes" story about what has become by far, America's most successful form of entertainment. Kroft's report will be broadcast Sunday, Jan. 29 at 7:00 p.m. ET/PT.

The recent conference championships drew audiences approaching 60 million, with the AFC and NFC playoff games on Jan. 22 attracting the biggest television audiences since last year's Super Bowl. Some of this interest has to do with the recession, says Goodell. "People want to feel part of a group...feel like they're connected and right now during these difficult times, they can turn on free television and watch the greatest entertainment that's out there," Goodell says. "They can forget their worries...for just a few hours."

The experience of watching football on today's hi-tech televisions is so good, Goodell worries television will hurt stadium attendance some day. At a playoff game in Baltimore a few weeks ago, Goodell tells Kroft, "Our biggest challenge going forward is how do we get people to come to our stadiums...because the experience is so great at home," he says. But it comes back to television, whose broadcasting contracts comprise about half of the NFL's annual $10 billion revenue, with the rest coming mostly from merchandising and sponsor fees and ticket sales. "When you turn on [a football game], you want to see a full stadium," says Goodell.

It's been a busy year for Goodell, who has solved a major labor dispute with the Players Association, signed rights agreements with three broadcast networks and ESPN and instituted controversial rules changes for players' safety, especially regarding concussions. He does all of this while dealing with the 32 team owners who hire him.

Each week, Goodell and some of his staff will review controversial calls in the NFL Command Center. Kroft and "60 Minutes" cameras joined them for this story, the first time the NFL allowed cameras in the meeting. They hold the meetings "to understand where we've made mistakes, where we can improve," says Goodell. The fastest way to hear from an owner is when a referee blows a call on the field, even after reviewing the videotape on a challenge. "I've already gotten several calls this morning," says Goodell.