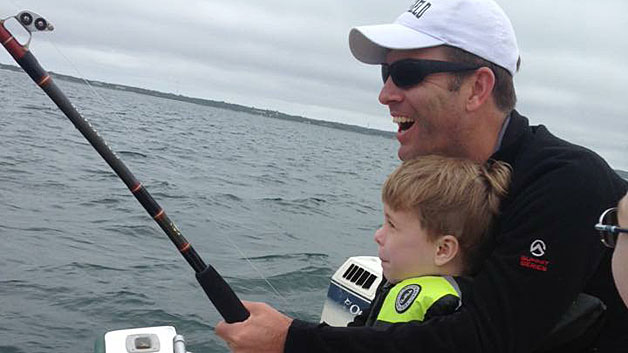 What 6-year-old Blake White and his family initially thought was a large striped bass turned out to be a great white shark.

The White family were fishing off Rock Harbor Saturday afternoon. The shark, which swam into the hook, spent an hour and a half attempting to get free, Lars White, Blake's father said.

"We saw a great big shark through the waves and then it took us about another half an hour to get it close enough to get some more pictures and then cut the line so we could release it," Lars said.

Lars said the shark was between 10 and 12 feet long. He said he told Blake and his 8-year-old brother Pierce to sit down in the center of the boat, and said they made sure to stay away from the sides of the boat.

Lars sent photos of the shark to the Atlantic Great White Shark Conservancy who confirmed it was a great white.

The family from Houston, Texas, said the shark was their only catch of the day.

The next time Blake goes fishing he has a plan.

"I'm going to catch a smaller fish," he said.