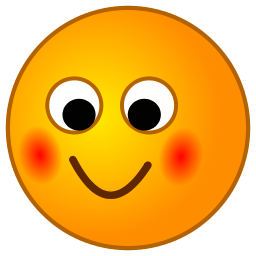 (MoneyWatch) Some people are born introverts and some, extroverts. Neither personality type makes someone inherently good or bad at their job, but shy employees may have trouble expressing their ideas in a group setting. Younger worker may be particularly reticent.

A good manager knows how to draw these employees out, making them feel comfortable enough to contribute. Here are 6 tips if you suspect someone on your team has something to say, but is hesitant to say it:

Ask for their feedback. If someone knows that they're expected to participate, they'll be more likely to do so. "To draw them out in a meeting, tell them in advance how you would like him or her to contribute so they come prepared," says leadership expert Mark Sanborn, author of "Up, Down or Sideways." "In conversations, open-ended questions are key. And specifically ask them for their opinion or more assertive employees will dominate." The key is to pave the way for them to easily speak up, he adds: "You need to create space for a shy employee to contribute to the conversation."

Manage like you mean it: 6 ways to be moredecisive4 things a manager should never say
Constructive criticism: 5 ways to get your point heard, every single time

Thank them for sharing. If someone who is shy does share publicly, a simple "thank you" will reinforce the behavior. "Saying things like, 'Thank you for sharing, excellent thought,' will have a positive effect and spur them on to continue to contribute to the conversation," notes Susan Steinbrecher, CEO of corporate training firm Steinbrecher and Associates.

Point out the risk of not speaking up. As a manager, you have to deal with employees who aren't meeting expectations, and that includes those who aren't adding to the conversation. "Get them to understand their impact in two different scenarios. For example, 'Paul, this is the impact of your speaking up... and this is the impact of you not speaking up.' Doing this will reinforce that they may be putting the team at risk when they withhold their wisdom and input," says Steinbrecher.

Encourage them to learn public speaking. Steinbrecher recommends that introverted employees enroll in a program like Toastmasters training. "Toastmasters teaches you to do things off the cuff, when you're put on the spot. This will provide practical training and experience to help them become more comfortable speaking in front of others. I've seen a lot of people come out of their shell in this kind of safe learning environment," Steinbrecher says.

Ask them to compose a memo. Before a meeting, ask the staff member to generate a memo of some kind to help lead the discussion. "Ask them to write an article, project update or a suggested idea and circulate it to the other staff members, which will generate some great discussion among staff members coming to the shy person versus the shy person going to them," suggests Jayne Mattson, senior vice president with career management company Keystone Associates.

Accept both written and verbal feedback. While encouraging verbal input is important, you may also seek written feedback from quiet employees, beyond the meeting memo mentioned above. "If the issue is sensitive, create a 'suggestion drop box' where employees can share comments anonymously," suggests Colette D. Ellis of InStep Consulting.