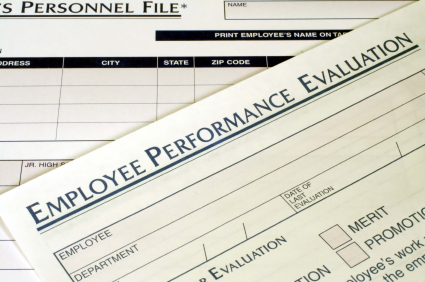 Your performance review might seem like the at-work equivalent of a report card, but it's really a progress report for both you and your supervisor.

"A review is an opportunity for the supervisor to motivate an employee, by recognizing their good work and redirecting their efforts and energy if necessary," says Brian Poggi, author of "I Am Not Average: How to Succeed in your Performance Review." Poggi has conducted hundreds of performance reviews during his time in corporate America, including stints at GE (GE) and Polaroid.

Here are six things Poggi says you should never say during your review. They can damage not only your review, but also your career:

Nothing at all If you fail to prepare for your review (by not giving yourself a self-review and anticipating questions or concerns), you should be prepared to fail, as the saying goes. "It communicates that you don't see this as an important event, and that signals that you may not be a competent employee," says Poggi. If you have some talking points ready (perhaps things that would help you do your job better), there will be a natural give and take of ideas -- particularly important if you are anticipating criticism.

Exit interview? 7 things to share
Elevator pitch: 8 ways to take yours to a higher level
Constructive criticism: 5 ways to get your point heard, every single time

"By asking this question you're inviting a critique, and while you may get some positive [input], you're leading them down a less-than-optimum view of your performance," Poggi says. Your supervisor will share his or her concerns -- you don't have to draw their attention straight there.

What can I do better? Again, a relatively vague statement like this not only invites criticism, but also shows that you haven't really prepared or aren't self-aware. "Instead, say, 'These are some things I'd like to work on,'" says Poggi. He adds: "Rather than ask [about your faults], present how you can make your job more productive and the company a better place."

Can I have a raise? Poggi says simply asking for a raise because you have been at the company for X number of years will get you nowhere. On the other hand, the review is a prime time to prove your worth -- which lays the groundwork for that salary conversation. "Your supervisor probably has several direct reports and there is no way he will remember all the great things you've done," says Poggi. "Many employees think if they keep their heads down they'll be rewarded. It's great in theory, but it doesn't work."

I'll do better If you do get criticism, ask for further explanation or an example of what you can do to improve. "If they say, for example, you need to work better on a team with others, say 'Can you give me an example of how I can do that better?'" Poggi says. This shows you're interested, and gives you a clearer idea of what success in this area looks like to your supervisor.

I'm boredIf you're bored with your current position, outline your successes -- and then point out other areas where you could add value in a specific, new way. But don't mention giving up other responsibilities to focus on more challenging or interesting stuff just yet. "You want to come across as wanting more, not wanting to wash your hands of something," says Poggi.