This article by Lewis Braham originally appeared on CBS' MoneyWatch.com. 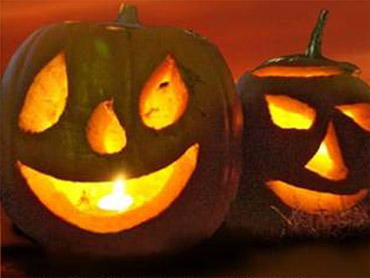 (CBS)
While this month's stock market action has been relatively benign, October is known to be a particularly spooky month for stocks (see: 1929 and 1987). Perhaps it's the coming of fall, the days getting shorter, or the arrival of Halloween, but gloom and doom and ghoulish predictions for the future have often prevailed. With that in mind, we asked five money managers and financial gurus to share their worst-case scenarios for the market and the economy. From runaway inflation to sky-high deficits that force the government to slash Social Security and Medicare, we found five fears that keep the experts up at night.

Not to suggest that these spooky scenarios ought to make you hit the panic button. Just consider it a stress test for your portfolio: Are you diversified enough to provide protection if the market goes south, or are you betting the farm on a best-case scenario? Inflation is a recurring theme in our experts' nightmares; you can hedge that risk by owning inflation-protected securities and boosting your exposure to international markets. That way, you should be able to get a decent night's sleep no matter what happens.

"I don't think we'll have a crash like the last one, but the risk that we will have a significant bear market is very real. There could be several catalysts. For one, European banks are undercapitalized and overleveraged — far more overleveraged than U.S. banks. So the likelihood of a major European bank failing in the next two to four years is significant. Also, the likelihood of the commercial real estate sector in the U.S. suffering a significant wave of foreclosures is high. A third risk is any sort of geopolitical shock, such as another terrorist attack or a small war starting in another country. The fourth — and arguably the biggest — potential catalyst is that our aggregated indebtedness as a nation has gotten totally out of hand. Rampant inflation is a serious risk if we keep spending $1 trillion to $2 trillion more than our tax revenues."
— Robert D. Arnott
Chairman, Research Affiliates

"The most likely nightmare scenario is inflation, and even possibly stagflation. Prices are headed up for raw materials like oil, copper, grains, cement, nickel, and iron ore — all the things necessary to grease the wheels of an economy. That could put a real damper on the market's recovery. Historically, commodity prices have remained quiescent during the initial period of an economic upturn. This is the first time in 40 years we've seen an immediate rise in commodity prices as the economy is just starting to come out of a recession. That price increase will start to be a drain on the consumer. And if we can't get employment restarted in this environment, you end up with stagflation."
— Jerry Jordan
President, Hellman, Jordan Management

"The U.S. government has $65 trillion in future promises on its books. I see three potential ways to manage those obligations, and none of them are pleasant. One would be to manage our economy to a sufficient growth rate with moderate inflation to pay off all those obligations. That would require a reversal in policy from large deficits to large surpluses through much higher taxes and a significant contraction in government spending. There is no political will for that now, and even if it were accomplished, there would be such high volatility in the inflation rate along the way that investors would periodically be terrified. Two, we could succumb to the temptation to print the money needed to pay these obligations until inflation soars and the dollar becomes completely devalued. Or three, the government could default on paying some of its debts, potentially by significantly raising the age to receive Social Security or cutting back on Medicare. If that happens, there will be major social implications because people have paid into these systems for years and feel entitled to these benefits. To me, scenarios one and three are the most likely at this point."
— Jeffrey Gundlach
Chief Investment Officer, TCW Funds

"My biggest fear is the U.S. becomes like Japan. During their economic crisis in the 1990s, the Japanese lowered interest rates to zero, never forced their ailing banks to write down their bad assets, and threw a ton of money at bad banks that accomplished nothing. That looks like what we're doing right now. We're not requiring banks to take write-downs, and we've suspended mark-to-market accounting so that banks can hide their losses. And we're propping up banks that are borderline insolvent with billions of dollars in government assistance even though they're not lending as they're supposed to do. If we follow Japan's model, we may have Japan's results — 10 years of subpar economic growth and a lot of government spending on zombie banks that refuse to lend. The Nikkei stock index has fallen more than 70 percent from its 1989 peak as a consequence. That could be our future."
— Barry L. Ritholtz
CEO, Fusion IQ, and blogger at The Big Picture

"For me the next market crash is not an if but a when. It will start with the government continuing to print money till the dollar collapses. China, Europe, and Japan are the biggest holders of U.S. currency in terms of Treasury debt, and they've already indicated an interest in selling some of their positions. That will put further downward pressure on the U.S. dollar. Meanwhile, unemployment will continue to creep up. Seventy percent of the gross domestic product of our economy is from consumer spending. With unemployment high, spending will go down. If inflation picks up, as it will with the dollar falling and oil already hitting $80 a barrel, the Fed will raise interest rates and make it harder for consumers to borrow money to spend. Then the X factor is, God forbid, that there is another terrorist attack. With so many potential negatives on the horizon, I'm just not buying this current rally."
— Neil Menard
Principal, Steben & Company

• The 5 Scariest Threats to Your Financial Future
• Should You Worry About the Dollar?
• Market Guru: Stocks Are Set to Fall
• Economic Outlook: Could Things Go Too Well?
• Time to Fix 'Indicators' Index
• Can You Afford to Retire ... Ever?