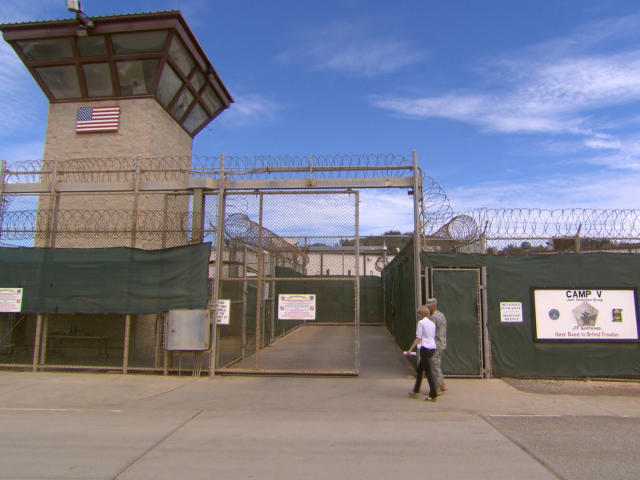 MIAMI -- Five men who were held for a dozen years without being charged at the U.S. Navy base at Guantanamo Bay, Cuba, have been sent to the Central Asian nation of Kazakhstan for resettlement, the Pentagon announced late Tuesday.

The five -- two from Tunisia and three from Yemen -- had been cleared for release from the prison by a government task force five years ago but could not be sent to their homelands because of the instability in their countries. The U.S. has sent hundreds of prisoners from Guantanamo to third countries, but this is the first time Kazakhstan has accepted any for resettlement. CBS News State Department Correspondent Margaret Brennan reports that all five of the detainees had consented to be settled in Kazakhstan, which is a predominantly Muslim country.

Their release brings the prison population at Guantanamo to 127, according to the Defense Department statement on Tuesday. This is the last release of prisoners in 2014 but diplomats project double-digit transfers in the year ahead. President Obama has vowed to shut down the military prison citing its existence as a national security risk.

Nearly 30 prisoners have been resettled in third countries this year as part of President Obama's renewed push to close the detention center despite opposition from Congress.

That's the largest number since 2009, the Reuters news agency points out, quoting a senior U.S. official as saying the pace would continue, with more transfers expected in coming weeks. But U.S. Envoy Cliff Sloan, the key administration official responsible for negotiating with countries that to accept resettled detainees, recently announced he's leaving the position 18 months after he began the job. The White House has not yet named a replacement.

The U.S. identified the two Tunisians released as 49-year-old Adel bin Ahmed bin Ibrahim Hkiml, and 49-year-old Lotfi Bin Ali. Hkiml was accused of serving as a military adviser for Osama bin Laden. Bin Ali lived in Afghanistan until 2001 and had stayed at a guest house associated with individuals trained at al Qaeda camps. He suffers from chronic health problems, and the Bush administration had recommended his release in 2004.

A CIA analyst cited in a Department of Defense memorandum said that Yemeni Asim Thahit Abdullah Al-Khalaqi traveled with American Taliban John Walker Lindh to the front lines, according to information provided by Lindh.

All five had been captured in Pakistan and turned over to the U.S. for detention as suspected Islamic militants with ties to al Qaeda. None of them were ever charged, and a government task force determined it was no longer necessary to hold them. U.S. officials now say none of them had ever engaged in hostilities against the U.S., reports CBS News correspondent Margaret Brennan.

The Pentagon didn't say why they couldn't be sent home, but the government has been unwilling to send Yemenis to their country because of unrest and militant activity there, and in the past some Tunisians have feared persecution in their home country. Reuters notes that even "though the oil-rich central Asian state (Kazakhstan) is an ally of Russia, it has cultivated areas of economic and diplomatic cooperation with the West."