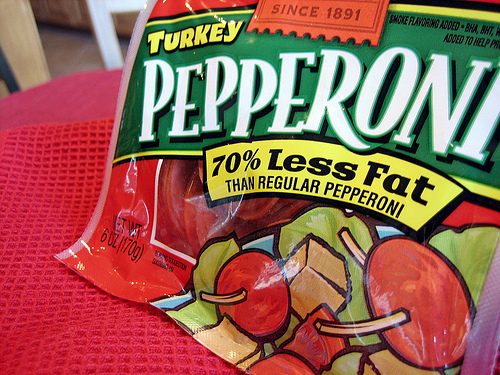 Do those "all natural" peanut-butter fudge cookies really "lower your cholesterol?"

Separating fact from fiction in the grocery aisles is no easy feat. In a recent survey by Nielsen, more than two-thirds of consumers around the world thought nutritional claims were either never or only sometimes trustworthy. Close to 60 percent admitted to having a tough time deciphering labels altogether.

For your next food shopping trip, consider this rundown of potentially misleading claims found at a supermarket near you.

This claim's tricky because there's no legal definition for the term "natural" on food labels. On its website, the FDA says, "From a food science perspective, it is difficult to define a food product that is 'natural' because the food has probably been processed and is no longer the product of the earth. That said, FDA has not developed a definition for use of the term natural or its derivatives. However, the agency has not objected to the use of the term if the food does not contain added color, artificial flavors, or synthetic substances."

Still, consumers can fight back.  For example, last month snack giant Frito-Lay was slapped with a class-action law suit claiming its Tostitos brand chips falsely claim to be "all natural" when the ingredients include genetically modified seeds for corn and vegetable oil.

Beware that "less fat" is not necessarily synonymous with "more nutritious," even though food makers would like us to believe so. For example, a box of "lite" ice cream may have 50 percent "less fat" than its original version, but it may still contain more fat than you'd want to consume in a day. Calorically it may not be that much different, either, as food makers will often boost sugar levels in the product to make up for the reduction in fat. For example, the Nabisco's Honey Graham Crackers contain 130 calories and 3 grams of fat. It's "low fat" version has 2 grams of fat, but actually more calories (140).

And FYI: Recent research by the Food and Brand Lab at Cornell University has found that low-fat labels on snacks entice people to eat up to 50 percent more than those who received the same foods without low-fat claims.

The personal finance blog LenPenzo.com recently pointed out that vanilla, being a very pricey ingredient, is not the real ingredient being used in many foods that claim "vanilla" flavoring.  "This flavoring actually use a vanillin that is synthetically created, possibly using coal-tar derivatives," according to the blog. It turns out that a vanilla shortage from 2002 to 2005 forced some manufacturers to use this cheaper, artificial vanilla substitute, but they never updated their labeling and -- without ever being penalized -- have continued to make the inaccurate claims.

In 2009 the FDA sent a warning letter to Cheerios for claiming it could lower your cholesterol by 4 percent in six weeks. If that was the case, the FDA argued, then Cheerios would need to receive proper drug approval for its cereal since it claims it can be used "in the prevention, mitigation, and treatment of disease"  Parent company General Mills later modified the label to say the cereal "can help lower cholesterol."  Thanks for clarifying.

The FDA states that "whole grain" includes "cereal grains that consist of the intact and unrefined, ground, cracked or flaked fruit of the grains whose principal components...are present in the same relative proportions as they exist in the intact grain." This includes: buckwheat, corn, rice, oats and wheat.

Farnoosh Torabi is a personal finance journalist and commentator. She is the author of the new book Psych Yourself Rich, Get the Mindset and Discipline You Need to Build Your Financial Life. Follow her at www.farnoosh.tv and on Twitter at @farnoosh.