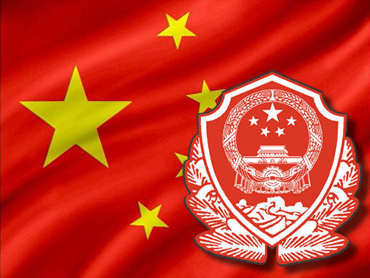 A village head and four of his family members were killed in China's latest stabbing spree, state media reported Tuesday. Among the victims was a 5-month-old baby.

The suspect, Wang Haiyin, blamed a dispute over land and frustration with his mother's government-funded pension.

The 56-year-old village chief's baby granddaughter was among the dead. His 6-year-old grandson was seriously wounded.

Stabbing sprees have made headlines over and over this year in China, especially at schools.

Experts have said at the root of the problem is widespread frustration over the growing wealth gap and corruption, as well as too few legal channels for people who have grievances.

In the space of two months, the country saw five major assaults against schoolchildren, leaving 17 dead and more than 50 wounded.

In another well-known case, a man burst into a court office in central China and .

Official statistics say violent crime in China jumped 10 percent last year, with 5.3 million reported cases of homicide, robbery, and rape. It was the first time since 2001 that violent crime increased, said the Chinese Academy of Social Sciences in a February report.