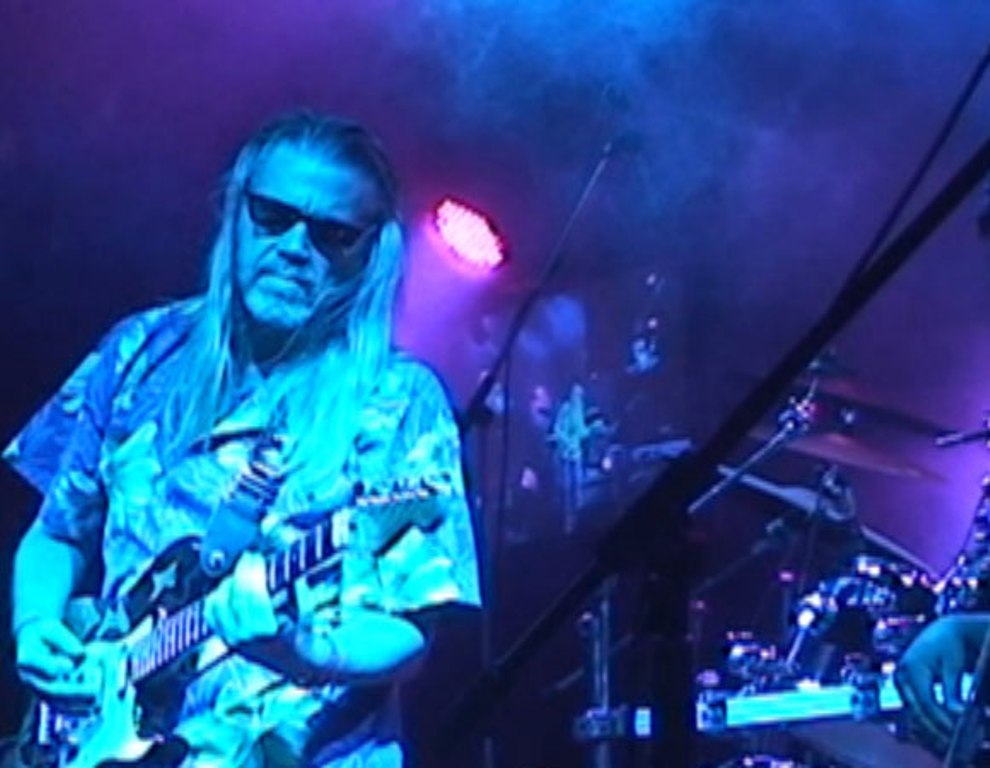 It was the moment we had traveled thousands of miles to Veracruz, Mexico for. There was sense of anticipation in the air. The locksmith was ready, four cameras were rolling and "48 Hours" correspondent Peter Van Sant was about to see what was behind door number one.

We had been tipped off that once-fugitive and now convicted killer Jim Huden had left a locked cabinet full of personal items behind at a friend's house in Veracruz, Mexico. In the year that we had been working the "48 Hours" episode "Dangerous Beauty," this was a huge moment.

The cabinet, we were told, possibly contained clues about Jim's life in Mexico while he was on the run from the law for more than six years. The story went that nobody had opened the cabinet since the musician was nabbed by Mexican authorities in June of 2011 and quickly sent back to Whidbey Island, Washington where he was charged with the December 2003 murder of 32-year-old Russel Douglas.

After his arrest, Jim never spoke to investigators about why he shot Russel Douglas square between the eyes with a single bullet, instantly killing him and setting into motion a whole set of questions that still remain unanswered today, more than 10 years after the murder.

Huden was convicted of the murder in 2012, receiving an 80 year sentence. His former girlfriend-- and former beauty queen -- Peggy Sue Thomas pleaded guilty to a lesser charge of rendering criminal assistance and received a four-year sentence in 2013.

But aside from those convictions, there were so many unanswered questions about the reasons behind the bizarre murder. What was the true motive? Murder for hire- for insurance money? Revenge by proxy? Was anyone else involved? It seemed that as Jim was quietly led off in shackles to prison, the family and friends of Russel Douglas would be left to speculate about why exactly he met with such a violent end.

Prosecutor Greg Banks summed up the case perfectly when he told us, "In terms of just looking at the human behaviors it is a succotash of greed, madness, depression, addiction and power. It really defies a simple explanation."

We were hoping some of the answers we were looking for might be in that cabinet. But when Peter opened door number one, the energy in the room deflated.

Yes, there was a single drumstick in the first cabinet where we had hoped to find some amazing clue to a truly strange murder. It wasn't a clue, it was more like a cruel joke. In a second cabinet we found an old disposable razor and some swimming trunks. The trunks could very well have been Jim Huden's, but there was no way to confirm that and frankly none of us was interested in even touching them.

We had traveled to Mexico for swimming trunks, an old disposable razor and a drumstick! The comparisons to reporter Geraldo Rivera's finding and opening reputed gangster Al Capone's secret vault of riches - where after all the hype all they found was dirt and some empty bottles - were in the back of our minds the whole trip down. But we were also excited, kind of like that feeling you get when you're on your way to Vegas.

Now, we felt embarrassed. As the crew started to take the cameras down we frantically looked in all of the surrounding cabinets and found nothing. Finally, after the cameras were all down and the room was almost empty, when on a whim I moved a cot pushed up against a closet door, opened it and saw two clear plastic storage containers on a shelf.

It appeared there were papers and discs inside. Maybe we weren't so unlucky after all.

I got excited. We put up the cameras again and Peter began going through what turned out to be a whole slew of Jim Huden's personal effects. There were notebooks full of guitar tablature for blues songs. None of the music seemed to be original, but rather cover songs that Jim would play lead guitar on with friends at music clubs around town.

We were hoping for a killer's diary and what we got was messy music notebook and old CD's of a middle aged rock star wannabe. Still, it was interesting and offered some insight into the kind of boring life that Jim led in Mexico. He played guitar, he practiced Spanish and he listened to music. All of the people we spoke with down there confirmed this. Moreover, we were told he was a nice guy who was vague about his past but really liked to drink and play the blues and who, at first, had plenty of money to spend around town.

We know the money was coming from his wife Jean Huden back in Florida, she told us as much. But what the friends told us about Jim as the years went on was also interesting. In the months before he was arrested Jim seemed to be hard up for cash, walking several miles to meet a friend to save money on bus fare. He also took to a run-down apartment with a girlfriend on the outskirts of town, when before he was able to afford a much nicer place. That jived with Jean's tragic circumstances, she had fallen on hard times, and was having significant legal and money problems due to drug addiction and was unable to support her fugitive husband anymore.

For me the most interesting thing I saw in one of the notebooks was a list Jim must have written up sometime during his days of hiding in plain sight. It pointed to a little introspection, even discipline on Jim Huden's part: a sort of self-help checklist for a killer on the run.

The list simply read: "No Alcohol, No White Stuff, Run in Place, No Eat After 7:30pm, Fruits and Vegetables, Water."

Elsewhere in the building we found Jim Huden's driver's license, his border crossing papers stating he came into Mexico on September 10th, 2004 and, amazingly, a newspaper clip with his photo in it. The caption names him as "Jim Martin" and he is sitting with musician friends. The article is about an upcoming music festival in Veracruz in May of 2005. That's right, about 8 months after he avoided being arrested for murder, the fugitive killer was appearing in a Mexican newspaper article promoting an upcoming music festival. Just another unbelievable facet of this truly strange tale.

Chris O'Connell is a "48 Hours" producer.