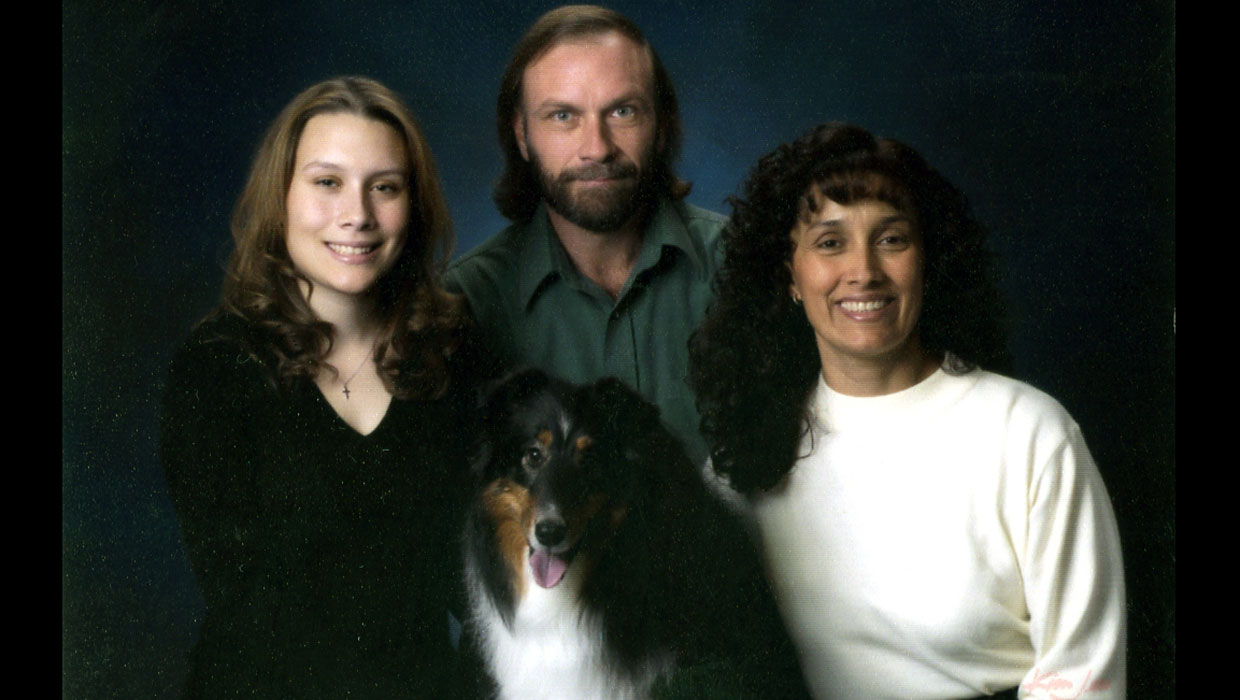 Certainly that's the case in an unsolved double murder that occurred in an Albuquerque, New Mexico suburb back in August 2005. The case is featured on this week's "48 Hours" broadcast, "A Daughter, A Mortgage and Two Murders."

WATCH NOW: "A Daughter, a Mortgage and Two Murders"

The family dog Sammy Jo - a mature Shetland Sheepdog - has always been at the center of many questions regarding the murders of Greg and Bernadette Ohlemacher, gunned down in the early morning hours inside their home in the Paradise Hills section of Albuquerque.

By the time police arrived, husband and wife were dead. The only survivors - who were not harmed in any way - were the Ohlemachers' 20-year-old daughter Renee and Sammy Jo. Police detectives suspected Renee was involved because she did inherit all her parents' money. She moved in with relatives who thought her behavior after the murder was unusual.

Questions swirled around Renee and the behavior of the family dog. Sammy Jo was known to Renee's aunts, who lived in Santa Fe -- about an hour away -- as a barker. "She barked at us every time we went to visit," said her aunt, Jessica Montoya.

But when cops analyzed Renee's 911 call, the only bark heard is when police arrive on the scene.

"I asked her, 'Well, why didn't Sammy bark?'" said Aunt Antoinette Curran. "She said, 'She did.' I didn't take it any further than that because I knew she was lying."

Correspondent Erin Moriarty questioned Renee about the dog back in 2008 when she granted her only interview to the media.

Erin: Sammy barked at every stranger that came in, right?

Renee: Right. She was a very protective dog.

Erin: The fact that you don't remember hearing Sammy bark until you heard your mom scream and there were some shots, does that mean the dog knew or was familiar with the person in the house?

Renee: Maybe. I never even thought about that.

But the police arrived as strangers in the home to answer the 911 call, Sammy Jo barked - a lot. In fact, the dog showed its teeth and growled so aggressively, officers say they were forced to mace Sammy Jo. The natural question was: why hadn't the dog acted that way to protect her owners from the killer? There was no evidence that the dog had done anything.

Sammy Jo slept at the foot of the Ohlemachers' bed and her dog bed can be seen in crime scene photos near Greg's body. Yet, the police found no bloody dog prints in the bedroom or anywhere else in the house.

Investigators did clear Renee after ten months because they had no evidence to connect her to the murders and because they had identified a new suspect - Ron Santiago, a mortgage loan processor who was working on a loan application with the murder victims.

"When Renee's on that phone to 911, the dog oughta have been goin' nuts," Riggs told jurors during his closing arguments. "Dog's gonna be all over it! The only reasonable explanation [for why Sammy Jo is not heard barking] is Renee did something with the dog, put the dog in her room."

There was no evidence of that, however. Renee testified that she was calling for Sammy Jo as she entered her parents' bedroom and had the 911 operator on the line but Riggs challenged her, wondering why those calls to the dog could not be heard on a tape of the 911 call. Renee claimed she had her hand over the receiver at that moment but Riggs called her a liar at trial.

"Listen to the 911 tape," Riggs told jurors. "She didn't call for Sammy. It didn't happen. Why would she tell you it did? It's not there, folks, because she is not telling the truth."

Renee's relatives said they joked with her about taking the dog to a dog psychic. That never happened, if indeed they were ever serious, because Renee says Sammy grew ill and she had her put down in the Spring of 2006. It was just before police identified Santiago as the new suspect in the case.

These days, Renee works for a dog walking business in Washington state.

"48 Hours" investigated the Ohlemachers' murders -- and their family dog's central role in the case . Watch "A Daughter, a Mortgage and Two Murders" online now.