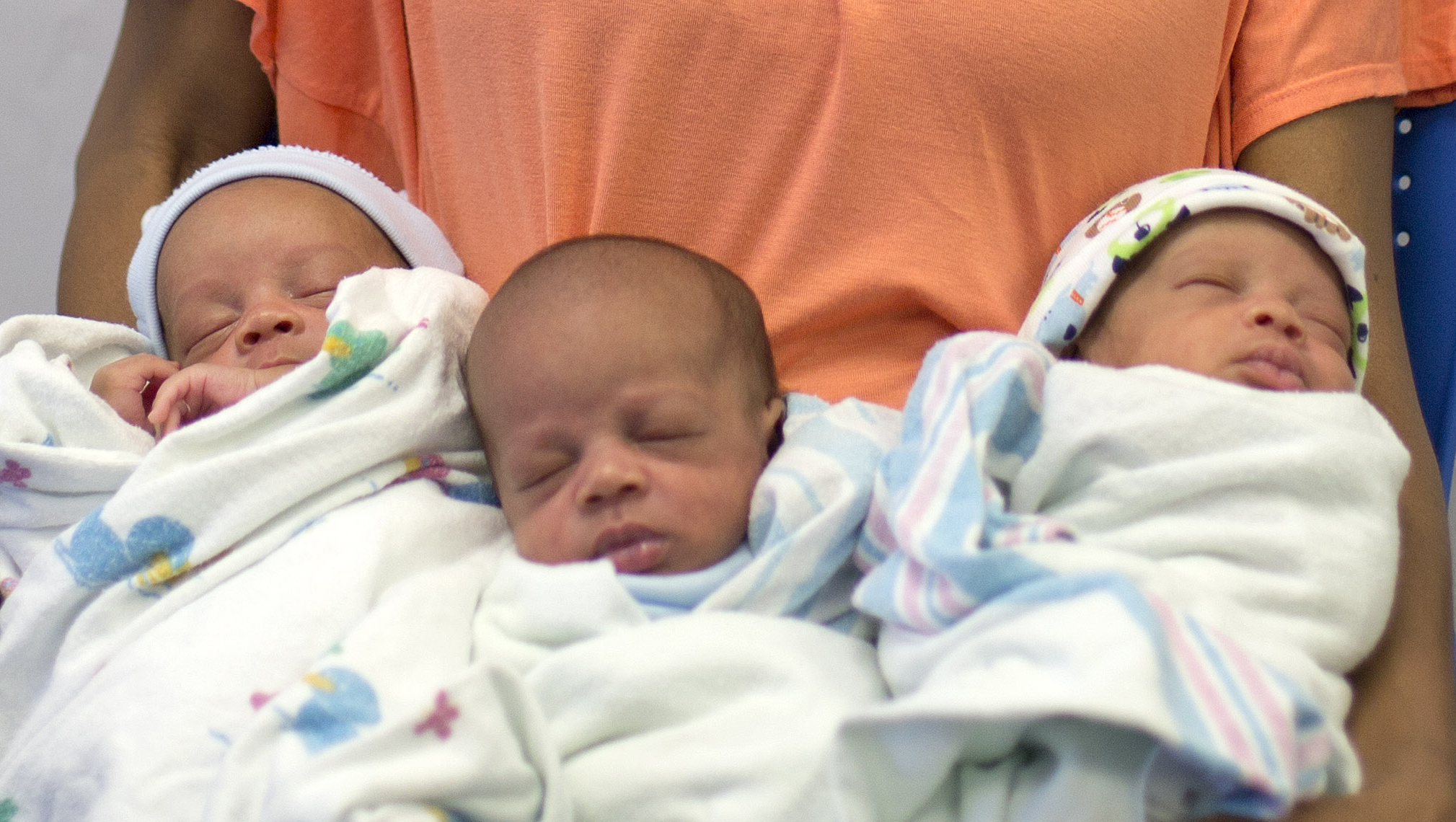 Sharon Lewis was already a mother of two when she found out she was pregnant again. This time it was with triplets -- at the age of 47, and without fertility treatments.

"Now the tears rolled because it was unexpected," she said Tuesday, moments before she was to take her three new children home, just in time for Mother's Day.

Lewis, a school cafeteria monitor with a 25-year-old daughter and 14-year-old son, said she was not looking to get pregnant again at her age. She said the prospect of having triplets came as a big surprise, but "it was a wonderful surprise," CBS Miami reported. "Once I grasped it, I was OK."

Her three babies, Dylan, Denere and Denard, slept while Lewis and her doctors addressed the news media at Holtz Children's Hospital at the University of Miami/Jackson Memorial Medical Center. Each of the triplets weighed about 2 lbs. when born March 18. Since then, they have all been cared for at the hospital's neonatal intensive care unit.

Lewis developed high blood pressure during her pregnancy, so her doctors decided to deliver the triplets early, at 30 weeks. They said it was rare for a woman her age not only to get pregnant but also to have multiple births spontaneously, without hormone or fertility treatments.

Lewis said she was looking forward to bonding with her babies at home. "I felt that it was nobody but God that blessed my womb at 47. I do believe he brought me to it, he'll bring me through it," she said with a wide smile.