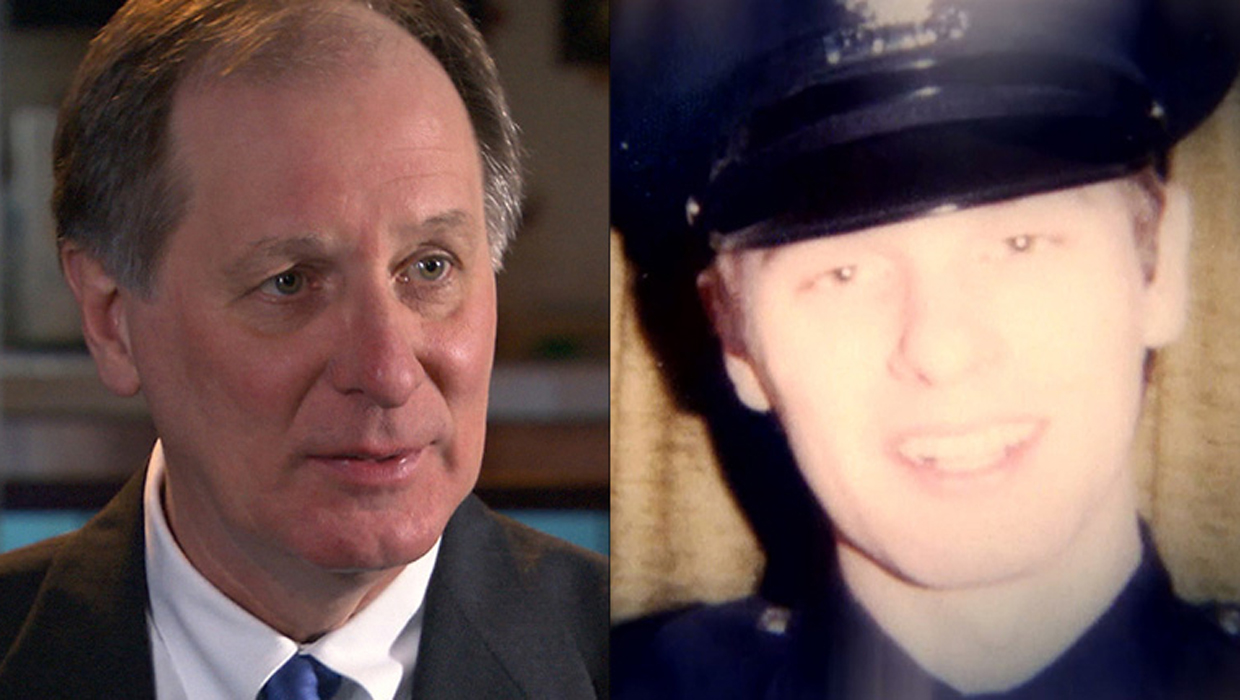 Andy Gall was a first responder in 1979 to the scene where 23-year-old Catherine Janet Walsh was found murdered in Beaver County, Pa. Now a detective in the same county, Gall was an integral part of closing the case 34 years later. Gall was featured in the “48 Hours” investigation into Walsh’s murder, “Janet’s Secret.” Here, he reflects on the haunting cold case.

BEAVER COUNTY, Pa. --In 1979, at age 25, I was a very young patrolman with the Monaca Police Department in Beaver County, Pa. I had a little education, a fair amount of self-confidence and a lot of ambition, and I hoped to someday become a detective and investigate serious crimes. On Labor Day of that year, I responded to my first “whodunit” homicide as the first officer at the scene.

When I got that fateful radio call, I felt I was fully prepared and thought I had a plan to handle anything. I walked in the door and met the victim’s father and then saw the victim, 23-year-old Catherine Janet (Caltury) Walsh, lying face down in bed.

Her hands were bound behind her back and she had been strangled with a bandana.

When I looked back to her father and saw the look on his face, my plan fell apart immediately. I had not prepared myself to deal with the grief of a man who had just found his only daughter murdered.

Little did I know that I had just started on a case that would last longer than the careers of most police officers.

The investigation went well at first, just like I had hoped. I was teamed with a young Pennsylvania State Police criminal investigator named Rich Matas who was also working his first homicide. The case quickly brought to light five good solid suspects and we worked hard on all of them.

That was the good part at first - the bad part was explaining to Peter J. Caltury and his wife Mary Jane how the case was going and then trying to explain why it had stalled.

We were not able to narrow down the list of five suspects and we could not rule any of them out or in. Peter took the news much better than I could have done, but Mary Jane never really recovered from the murder.

I stayed in contact with the Calturys over the long years and always tried to speak to Peter. It was much easier for me to explain to him instead of Mary Jane that I had not forgotten his daughter and was always looking for a new lead.

But I always had to tell him it was not solved yet.

Janet Walsh became more than a dead body on a bed for me because of her family. She became a real person who died much too young and left behind a family that loved her dearly.

I went from being a young patrolman and honed my skills to become a detective with the Beaver County District Attorney’s Office. I became very successful at solving murders - all except that first one.

But perseverance and luck came through and I finally got to go visit Peter Caltury again. His wife Mary Jane did not live to hear the news, but Peter learned that after more than 30 years we had made an arrest in his daughter’s case.

He testified at the preliminary hearing but died before the trial. I promised him at the hospital that justice would prevail.

Peter’s son Francesco honored me by asking me to serve as a pall bearer at his funeral. It was one of the proudest and most difficult moments of my life.